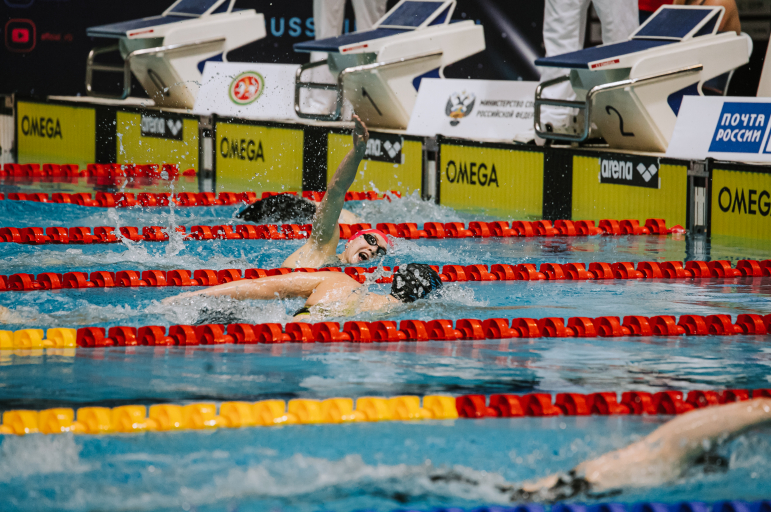 Today Yana Kurtseva from the Volgograd Oblast won gold in the 800 m freestyle at the Russian Swimming Championships in Kazan. She set the result of 8:45.38 in the strongest swim. For the champion, the tournament in Kazan is the first in-pool competition this year.

“I’m glad to be back on tracks, see my friends and acquaintances, feel positive emotions from the start, and excitement. I missed it all!” said the athlete. She added that she had the goal to improve her result from the European Championships. “I did not make it. I will be concentrating on another distance,” said Yana Kurtseva.

Ekaterina Sorokina from the Perm Krai (8:45.63) finished second. Bronze was taken by Valeriya Ermakova representing the Moscow and Lipetsk Oblasts (8:50.85).

The second day of the competition ended with the 4×100 m mixed medley relay. The golden medals were taken by swimmers from St Petersburg who set the result of 3:48.39. The team consisted of Pavel Tatarenko, Andrey Minakov, Evgeniya Chikunova and Aleksandra Bykova.

The Moscow team represented by Elizaveta Chmykhova, Darya Vaskina, Anton Chupkov and Vladislav Grinev was second at the finish line. They completed the relay distance in 3:49.67.

Darya Vaskina who also took gold in the 100 m backstroke today said that the first start of the season was not easy due to a big break. “I want to let go the long break, reload and go into the new Olympic season with renewed vigour,” said the swimmer. She added that apart from the current event plans to take part in the Russian Short Course Swimming Championships.

The third step of the podium was occupied by swimmers from the Krasnoyarsk Krai – Anastasiya Osipenko, Daniil Antipov, Aleksandr Palatov and Arina Openysheva. They completed the heat with 3:51.07.