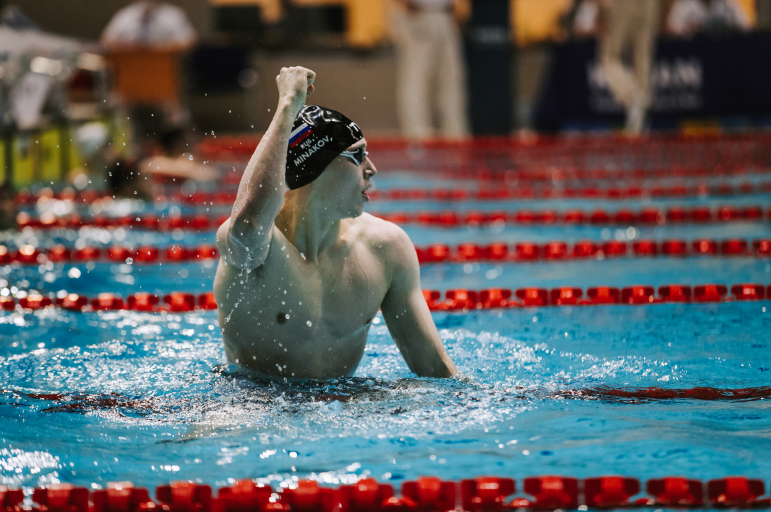 The Russian Swimming Championships end today in Kazan. The final competition day began with a new world junior record in the 100 m freestyle. It was set by Andrey Minakov from St. Petersburg who finished the distance at 47.57.

Grigory Tarasevich competing for Tatarstan won in the 200 m backstroke event at 1:58.33. As was reported earlier, the swimmer took title in the 50 m and 100 m races on the second competition day. According to Grigory, the walls at home are his friends. “Preparation played a major role. Since June I began to swim at the training camp. What I have gained over these months, I’ve shown here,” said Grigory Tarasevich. “After the Russian Cup, we expected the same results at the championships.” “It is not long before the selection, we will try to prepare and show the best result,” the champion said about his plans.