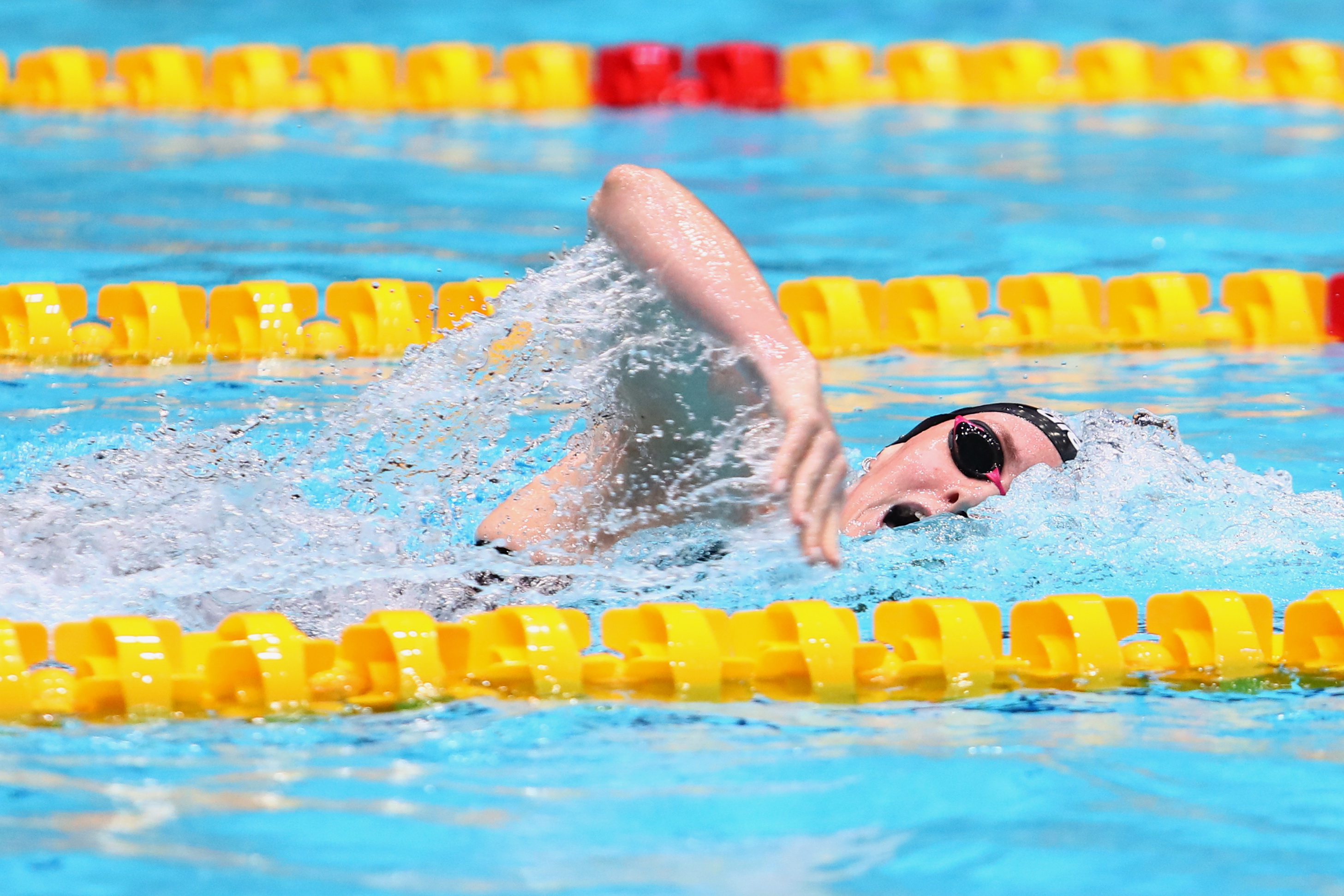 In the matchup between 16-year-old Evgeniia Chikunova and the European champion 2019 Maria Temnikova, Evgeniia wassuperior. The opponents were pretty even through the first half of the distance, but then Chikunova was able to speed up and added two junior records to the win – world and European.

“I am so happy about the victory and a new record! I want to thank Masha for her support, and the race itself was amazing,” Evgeniia Chikunova shared her victorious emotions.

“Thank you to all the fans for their support and to everybodywho watched the broadcasts of the championships! I am sohappy,” Maria Temnikova exclaimed.

“The medal is my dream, and I am incredibly happy about the bronze,” Italian swimmer Francesca Fangio commented on her performance.

Olympic champion and current world record holder at thedistance of 200 meters long water butterfly Kristof Milak in a 25m pool was satisfied with silver, while gold was claimed by the Italian Alberto Razzetti, who set a personal record.

“I’m out of words – I am the European champion! Emotions are off the charts! I set a new national record and managed to swim faster than 1:50. I am very content. It’s so hard to express the way I’m feeling now,” Alberto Razzetti shared his first-place motions.

“Silver is a good result, but my legs cramped throughout the first half of the distance. I’ve got to learn how to swim in short course the way I do it in long swimming pools,” said Kristof Milak.

“I managed to enhance my time, so I am pleased with the result,” added Egor Pavlov, who finished third.

The world record holder in this distance, Kira Toussaint, managed to win another gold in the European Championships, and the French athlete Analia Pigree unexpectedly took a second place. For the latter this tournament became the debut at the international arena.

“The swim was really tough, and I was a bit nervous before the start, since I had just finished 100m semi-finals. I didn’t feel well right before the race, but I was able to calm down, compose myself, and everything came off well,” claimed Kira after the victory.

“First international tournament, first final and first medal! It’sjust incredible! I tried my best to represent France in Kazan with dignity,” the French swimmer pointed out.

First in the history of the European Championships, women’s 1500m freestyle final ended dramatically. Anastasia Kirpichnikova beat the titled Simona Quadarella at this distance ahead of 16 seconds and set a new European record. At the same time, the Russian athlete could hardly hold back her tears and looked upset, as she was extremely close to the world record, but short of only 0.3 seconds to make it.

“I really wanted to break the record today, but I had a bit of a bad luck. I wish I had made it, but I will do it in a year,” Anastasia confessed after the performance.

“The first thing that comes to my mind is how exhausted I am. I’m glad it ended well, and I got on the podium. I am contentwith the silver, although I hoped to get closer to my personal record,” Simona Quadarella claimed.

“I am awful tired and exhausted. But this is a good result for me at this European Championships. It feels so good to be in the top three at my age,” told Martina Rita Caramignoli from Italy.