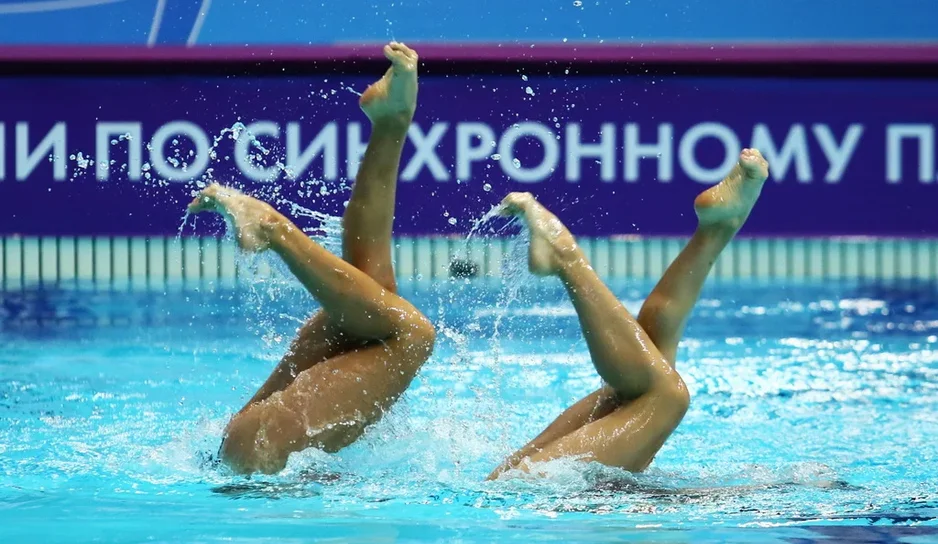 The second day of the Russian Synchronised Swimming Championships in Kazan began with a duet technical routine competition.

The winners were Varvara Kreopalova and Alyona Matvienko from Moscow. They got 89.9941 points from the referees. After their performance, the athletes confessed that their victory had come as a surprise. “It was very unusual to compete after such a big break; we’d almost forgotten how,” they explained.

The technical routine that Varvara Kreopalova and Alyona Matvienko demonstrated at the Aquatics Palace today is completely new. “Our routine, which is called Jazz, is very complicated, fast, and rhythmic. You have to do everything at high speed. We tried to convey a cheerful vibe, the feather-like lightness of dance,” said the athletes. “This routine was meant to premiere last year, but then got moved.”

The silver medal was awarded to Darya Lyakhova and Elizaveta Smirnova from Saint Petersburg, who got 88.2432 points.

Svetlana Denisova and Anastasiya Romanchuk from the Moscow Oblast ranked third, with 88.2178 points.