Kazan stop of the FINA Artistic Swimming World Series is over 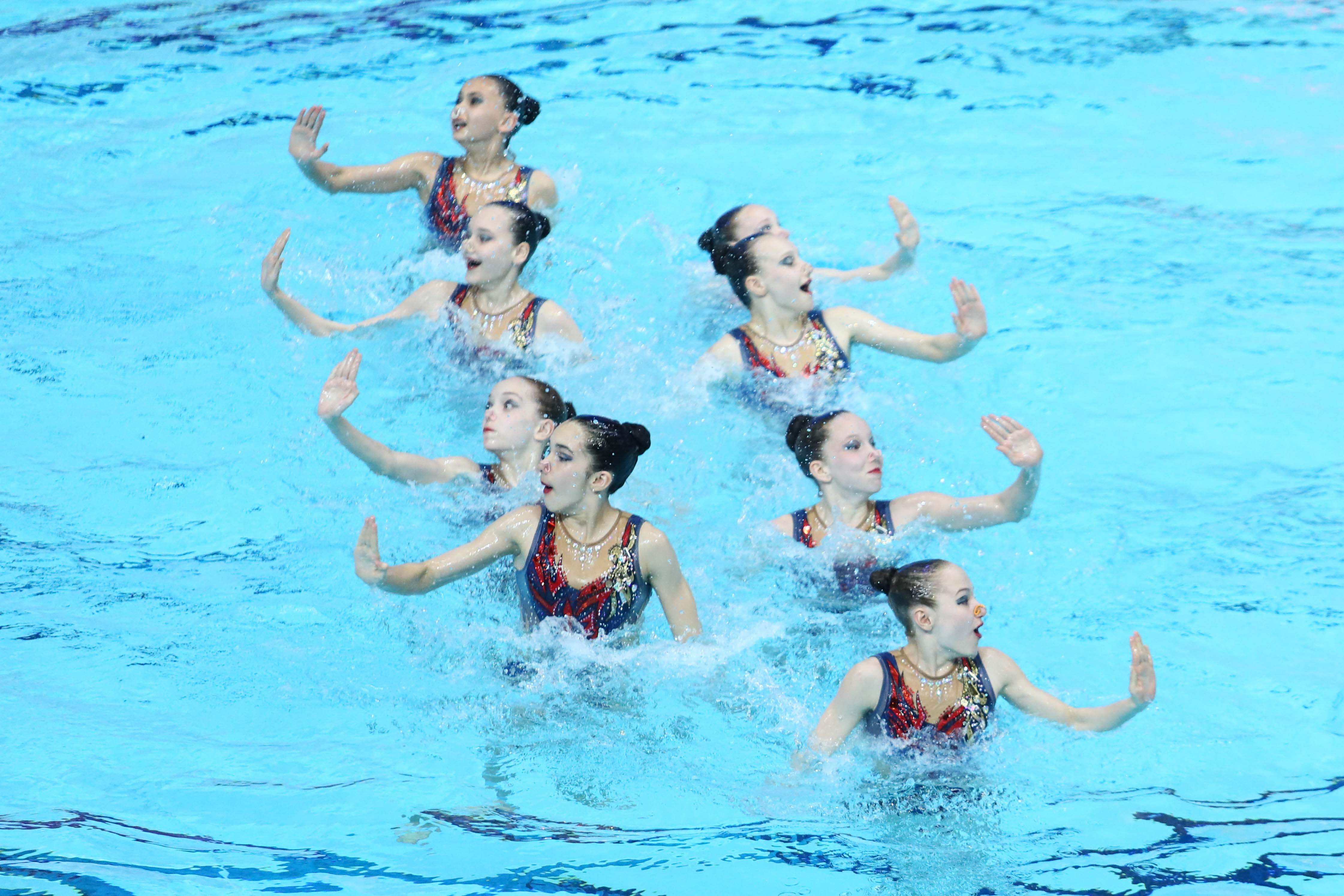 On the final day of the FINA Artistic Swimming World Series leg in Kazan the athletes pleased the spectators with the Exhibition Gala.

First, the programme featured the highlight performances where the team of Kazakhstan won the victory. Later, following a good old traditions the competition participants made an exhibition gala performance whose message was to travel the world.

After a short interactive part, spectators had a chance to witness the duet from Tatarstan and trio from Serbia with a rousing dance, solo to a very sensual music by Daria Kirsanova, mixed duet with a rock-and-roll styled dance and double solo from the Czech national team who gave the performance to The Village People – YMCA song.

What is more, the Aquatics Palace pool staged the men’s duet Aleksandr Maltsev – Artur Korshunov to the Lewis Capaldi’s song “Someone you loved”. Showy dance on water by the Russian national junior team in striking costumes will be for long remembered by the fans.

“Gala is always exciting exhibition performances. The athletes don’t think about the scores but enjoy the performance itself”, told Aleksandr Maltsev.

“These are my first competitions this year, and I am pleased to find myself here. Kazan has such an outstanding Aquatics Palace and all great facilities and conditions. I did like everything. It was hard to train in Slovakia for the World Series, because everything was closed. Russian national team has definitely impressed me a lot. They are superb”, shared Viktoria Reichova from Slovakia.

Russian artistic swimming championships kicks off on April 20 in Kazan and will gather many athletes from the World Series.