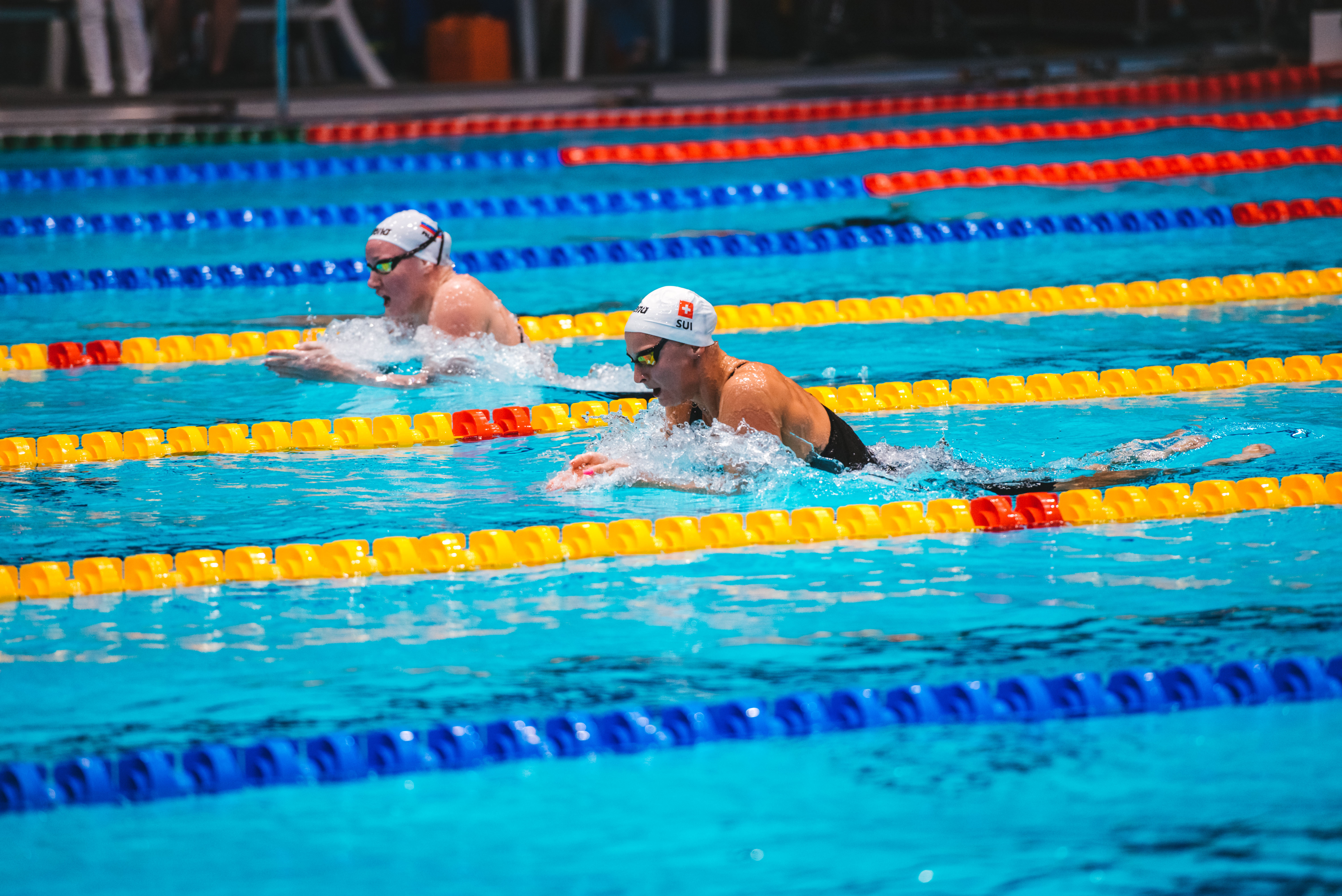 Anastasia Kirpichnikova, who added another victorious swim to the wins in 800 and 1500m, claimed third gold in Kazan. Second place was taken by her compatriot Anna Egorova, who was seriously ill shortly before the championships, but was able to recover.

“Impressions are great, especially after my failure in the 1500m swim. I am very happy, although I could probably show a better time. But now that’s good too. Thank you to everyone who was cheering up for me,” Anastasia said.

“I’m very happy with my medal. I was ill for a long while, did not think that I would take part in the European Championships at all, but I ended up with one of the best results in my career,” said Anna Egorova told.

18-year-old Ilya Borodin swam 400 meters in individual medley with a junior world and European record. He was more than a second ahead of the Italian Razzetti, who was holding the lead after the first hundred.

“I had a goal and I accomplished it. Maybe I’m not looking very happy, but it’s because I’m tired. It was a hard season, I was sick several times, which is not fun at all,” Ilya Borodin commented on his victory.

“I wanted to win 2-3 medals at this championships, and it came off. To be honest, I wanted to swim today in 3:59, but it turned out the way it was. I am content with it anyway,” the Italian swimmer noted.

Four female athletes swam out of 30 seconds at the 50m breaststroke distance, and the gold’s fate was decided at the very finish. The Italian Arianna Castiglioni, who became the European champion in the individual event for the first time, was a just bit faster her rivals.

“I didn’t show the best time, but anyway I grabbed my first gold medal in individual races. The right tactic and certainly the tune helped me,” Arianna explained her victory.

Kliment Kolesnikov joined the group of swimmers who take away three gold medals from Kazan. He defeated Alessandro Miressi from Italy in the 100m freestyle.

“I am very happy with my victory. I know what else can be improved, but I see that everything went well. I had some minor technical mistakes in this race, and I have to rectify them, “Kolesnikov commented on his victory.

“Putting everything together, bronze comes as a very good result. I had little luck in the previous races, but maybe it’s because I prefer long water,” Vladislav Grinev said.

For Sarah Sjoestroem, the 50m butterfly victory was the fourth at the European Championships in Kazan, and she finished her performance in individual races with a championships record of 24.50. What is more, the Swedish swimmer set a personal best.

“A personal record is even more important for me than the ER. Everything went very well and I am satisfied with the way I am getting back my form after the injury. There are still many competitions ahead, and it is good to know that I am in excellent condition,” Sarah accentuated.

“I’ve never thought to win two medals at once at the European Championships. 50 meters is not in my wheelhouse, as I focus more on the Olympic 100 meters. But today I have a personal best, and I competed with very fast swimmers,” the Greek athlete noted.

Another record was set in the men’s 800m freestyle. At the same time, two athletes right away improved the achievement of Yannick Agnel made in 2012. Italian Gregorio Paltrinieri was superior to German Florian Wellbrock by only five hundredths of a second, and now it is his name that is inscribed in the book of European swimming records.

On Saturday, the Russian national team was revoked of the silver medal in the freestyle relay for a mistake in the performance sequence. On the tournament-closing day, the Russians clinched the award anyway, but had to do with bronze only. Kira Toussaint, Arno Kamminga, Maaike De Waard and Thom De Boer demonstrated a world record swim, so this evening it was very hard to compete against them.

“Of course we knew we could get a medal, but gold and a world record … Wow! Perfect ending of the championships for us,” De Waard expressed her high emotions.

“This is a nice surprise. We knew that Russian and Italian teams were very strong, so gold is something unreal. We are crazy happy with the victory,” said Arno Cumminga.

The Russian team won most of gold medals at the European Championships in Kazan – 11. With regard to the total number of awards, Italians were second to none – 35. The Netherlands team claimed 8 gold medals and 18 altogether.