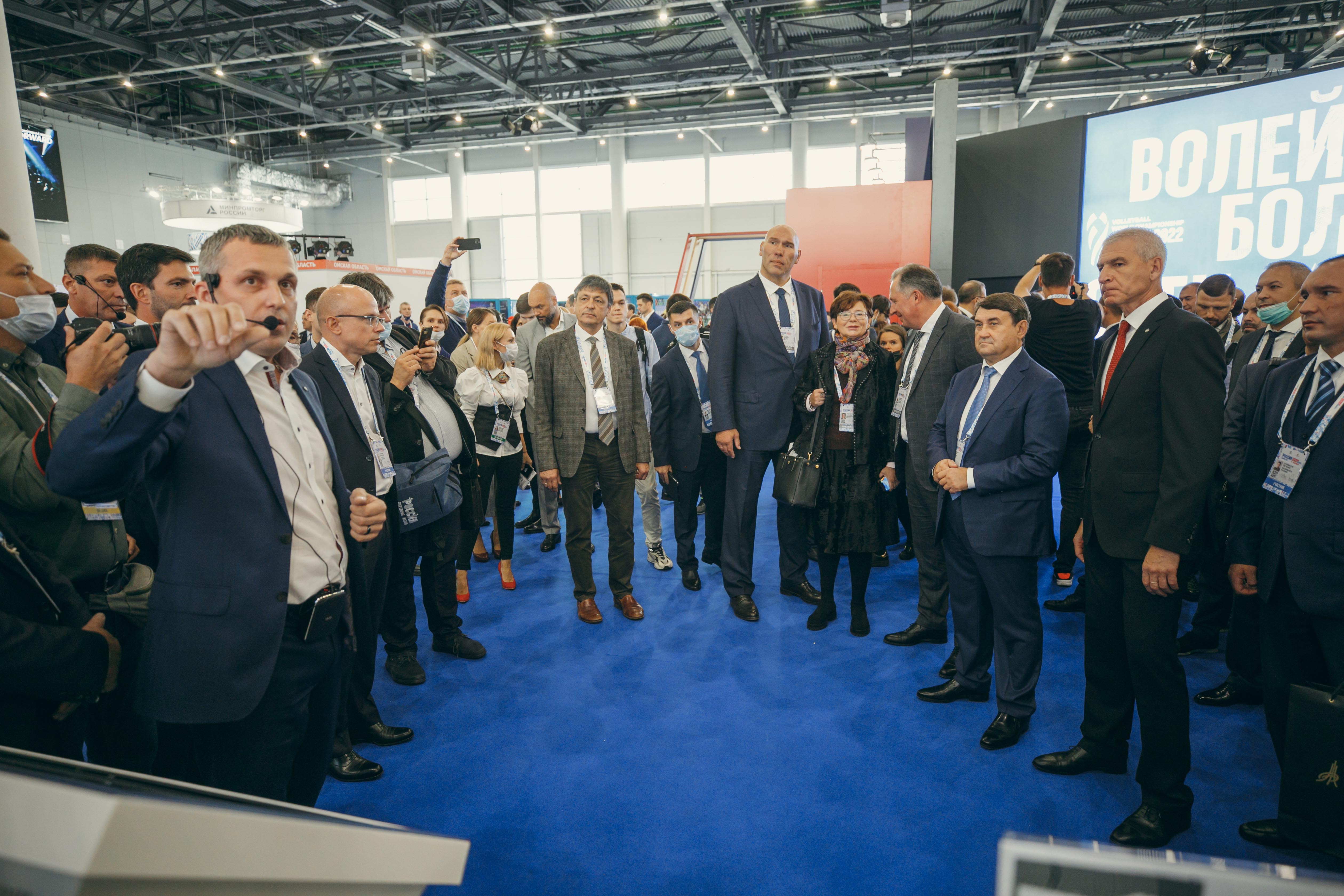 Today, on 8 September, the IX International Sports Forum “Russia – Country of Sports” has opened in Kazan. Participants of the plenary session “Sport 2030: path to sustainable development under new conditions” discussed achieving the national goal: to involve 70% of Russian citizens in regular sports activities by 2030 through combining resources of the State, NGOs and businesses.

Vladimir Putin, President of the Russian Federation, welcomed the Forum participants via videoconferencing. “From the very beginning, the “Russia – Country of Sports” Forum has become a reputable and popular platform for communication among the sports movement leaders, for sharing experience and best practices among representatives of international and Russian sports organisations, athletes and coaches,” the President mentioned. “I would like to especially thank international guests of the Forum for their cooperation and interaction. Such an open professional dialogue serves the interests of sports development and helps strengthen mutual respect and trust in the global sports community, while the implementation of proposals to be elaborated at the Forum will become a significant contribution to achieving the ambitious goals our country is facing. We need to create all the conditions for as many Russian citizens as possible (at least 70 per cent by 2030) to be involved in regular sports activities and physical education. In this area, we will definitely pay special attention to children and teenagers. Sports activities at this age help develop healthy habits and core moral values, and such activities should be as accessible as possible across the country.”

The plenary session was moderated by Oleg Matytsin, Minister of Sport of the Russian Federation. He has noted that the forum is an important site to discuss key development issues of the sports sector.

“Since the first Forum, which was also held in Kazan in 2009, we have accumulated a considerable experience. The Forum is credible not only in Russia, but also worldwide,” the Minister stated. “This year, more than 5,000 people and over 100 organisations have submitted their applications to take part in the Forum. Besides, we observe an active regional focus on developing grassroots and elite sport. The Forum concentrates on discussing the implementation of the 2030 Strategy for Developing Physical Education and Sport, which was approved by the Government at the President’s instruction. I hope that the panel discussions and roundtables would provide suggestions and recommendations to make the work on the Strategy implementation more efficient. The Forum attracts visitors from abroad, which is another reminder of the attention being paid to Russia today. Our country’s role in the global sports community, both as an organiser of major international projects and as a participant in all international competitions, is still significant.”

Dmitry Chernyshenko, Deputy Prime Minister of the Russian Federation, addressed the Forum participants via videoconferencing. The Deputy stated that Russia would continue to lead the sporting arena and shape the international short-, medium- and long-term agendas.

“The sports movement has always relied on the principles of openness and fairness. I believe that the pandemic necessitates a fresh look at the role of sport, which is intended to unite the world community. I expect that our Forum would enable building up a dialogue and demonstrate Russia’s openness to cooperate with all partners. As part of our large-scale concerted efforts to develop mass sports and create modern infrastructure for children and adults within the framework of the Strategy adopted by the Government, sports and recreation centres are being opened in the remotest towns and villages of the country. As an example, in H1 2021, 36 sports infrastructure facilities and 10 sports and recreation centres have been commissioned. A single sports ecosystem is being created, focusing on the human being. We continue introducing digital technology in professional and amateur sports. The popularity of cybersports is growing exponentially around the world. There are already around four thousand professional athletes in our country as of 2021. At the same time, the number of esports fans in Russia is many times greater, reaching 15.4 million people,” the Vice Prime Minister said.

“In the last five years alone, Russia has held 200 major competitions. And in the next three years we will hold 50 more,” noted the Presidential Aide. “Kazan will also host the Special Olympics; although we have no previous experience in holding such events, this tournament is much needed for special children. This is very important to our country as well. I would like to thank the international federations’ representatives who came to visit us. Russia is under enormous pressure today, and their arrival is an act of courage. Russia always honours its commitments. And it is very important that we meet our objectives through the values of good example, involving our children in sports and shaping their healthy lifestyle culture.”

Rustam Minnikhanov, President of the Republic of Tatarstan, recalled the landmark sporting events that the Republic will host in the coming years: “Tatarstan has long proven itself to be a sports region of our country. Every year the largest international competitions are held in the Republic. In recent years, thanks to the support by the country’s leaders, the Republic has hosted a whole range of significant world-class sporting events. Several other important tournaments are scheduled in Tatarstan for the years to come. These include matches of the FIVB Volleyball Men’s World Championship 2022, Special Olympics World Winter Games in 2023, European Aquatics Championship in 2024, and the FINA World Championship in 2025. Kazan is also ready to bid for hosting the 38th World Congress of Sports Medicine in 2024. It is noteworthy that the Forum is taking place in parallel with the CIS Games. This is a landmark event for post-Soviet countries.”

Source: Press office of the Russian Ministry of Sport