FINA Development Centre in Kazan has launched its website 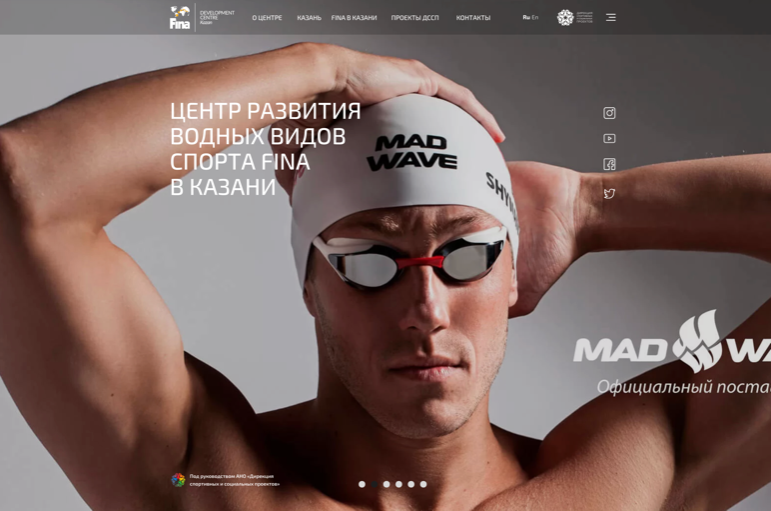 The FINA Development Centre in Kazan has launched its own website. The portal is aimed to get athletes, representatives of sports federations and partners acquainted with the Centre’s activities, structure, coaching team and the athletes taking an internship with the Centre. The website contains information about the competitions held under the auspices of FINA in Kazan, such as the 16th FINA World Championships 2015, as well as about upcoming international aquatics tournaments, in particular, the FINA World Short Course Swimming Championships and the subsequent aquatics tournament to be hosted by Kazan in 2025.

“We are very glad that the legacy of the FINA World Championships 2015 keeps on living thanks to the opening of the FINA Development Centre that is designed both to train the elite aquatics athletes and to develop and bring up future talents. We hope that in the future, this Centre will be able to promote all the six disciplines represented at the FINA Championships. FINA fully supports the project and intends to continue this cooperation to ensure sustainable and smooth operation of the FINA Development Centre,” said Julio Maglione, FINA President.

The main goal of the FINA Development Centre is to create favourable conditions for the athletes representing the countries with low national swimming records to successfully realise their potential. Here they have an opportunity to train and improve their results when preparing for the World Championships and Olympic Games. The Centre’s priorities also include improving the skill level of coaches and referees from Russia and the neighbouring nations.

“The project allows Kazan to position itself both as a successful international event host and as a progressive global hub for developing aquatics and sports in general. This is a significant milestone for anyone who is interested in aquatics. The Republic of Tatarstan has the unique experience and the essential resources that will ensure the optimal execution of projects under the auspices of FINA: infrastructure and the locals’ love towards aquatics,” said Vladimir Leonov, Minister of Sport of the Republic of Tatarstan.

Since 2018 (the year of the Centre opening), the project has been operated by the Directorate for Sports and Social Projects that has hosted over 100 events, most of which were declared the “best ever”. The 16th FINA World Championships were one of the most successful and large scale events of their type, according to the authorities of the International Swimming Federation (FINA). The figures speak for themselves: the Championships’ TV audience was as big as 6.8 bln! Our cooperation with FINA translated into, alongside with holding tournaments in Kazan on a permanent basis, the opening of the FINA Development Centre in Kazan. “We wish every success to the athletes and coaches, and on our part, we will do everything necessary for the Centre to continue its operation on the highest level,” highlighted Maksim Denisov, Director General of the Directorate for Sports and Social Projects.