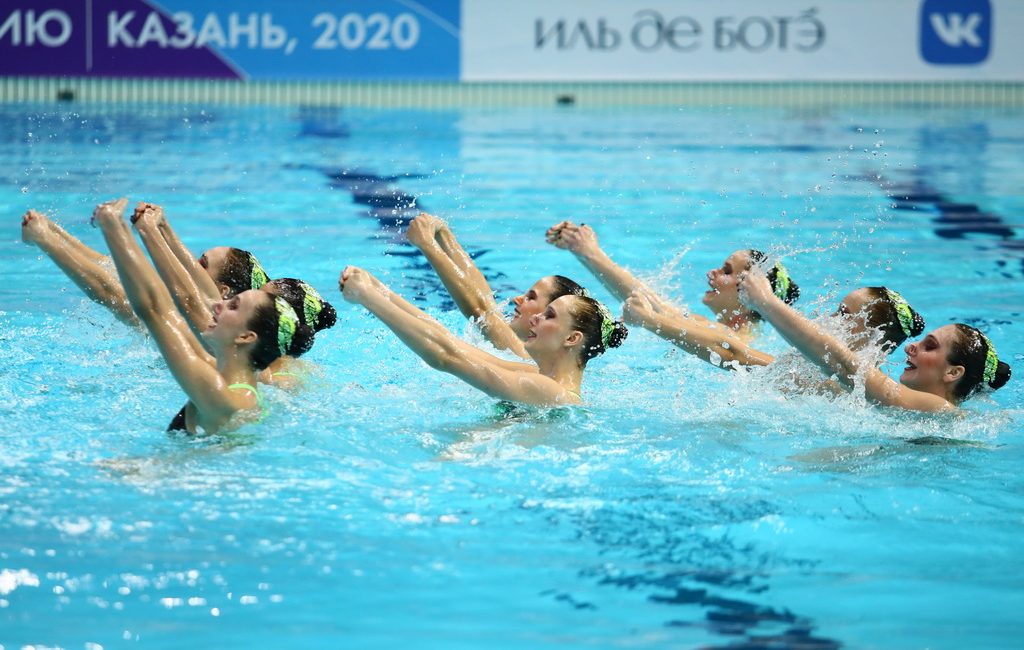 The second day of the Russian Synchronised Swimming Championships in Kazan concluded with a free routine event. Team Moscow-3 performed the best.

The winning team presented a new performance that tells the story of Jesus Christ’s way. Preparations for it began in March, but because of quarantine, training in the pool was not carried out for a long time. As Diana Mirgazizova said, after quarantine, the athletes managed to quickly get back in shape, although it was not easy to recover. “We haven’t seen our performance yet, but since the coach is happy, then we are also happy,” she said.

The overall standings were topped by the group of the Moscow Oblast, which scored 183.0871 points for technical and free routines. The Moscow team took second place (182.8315 points). Team St. Petersburg-1 was the third (179.8065 points).