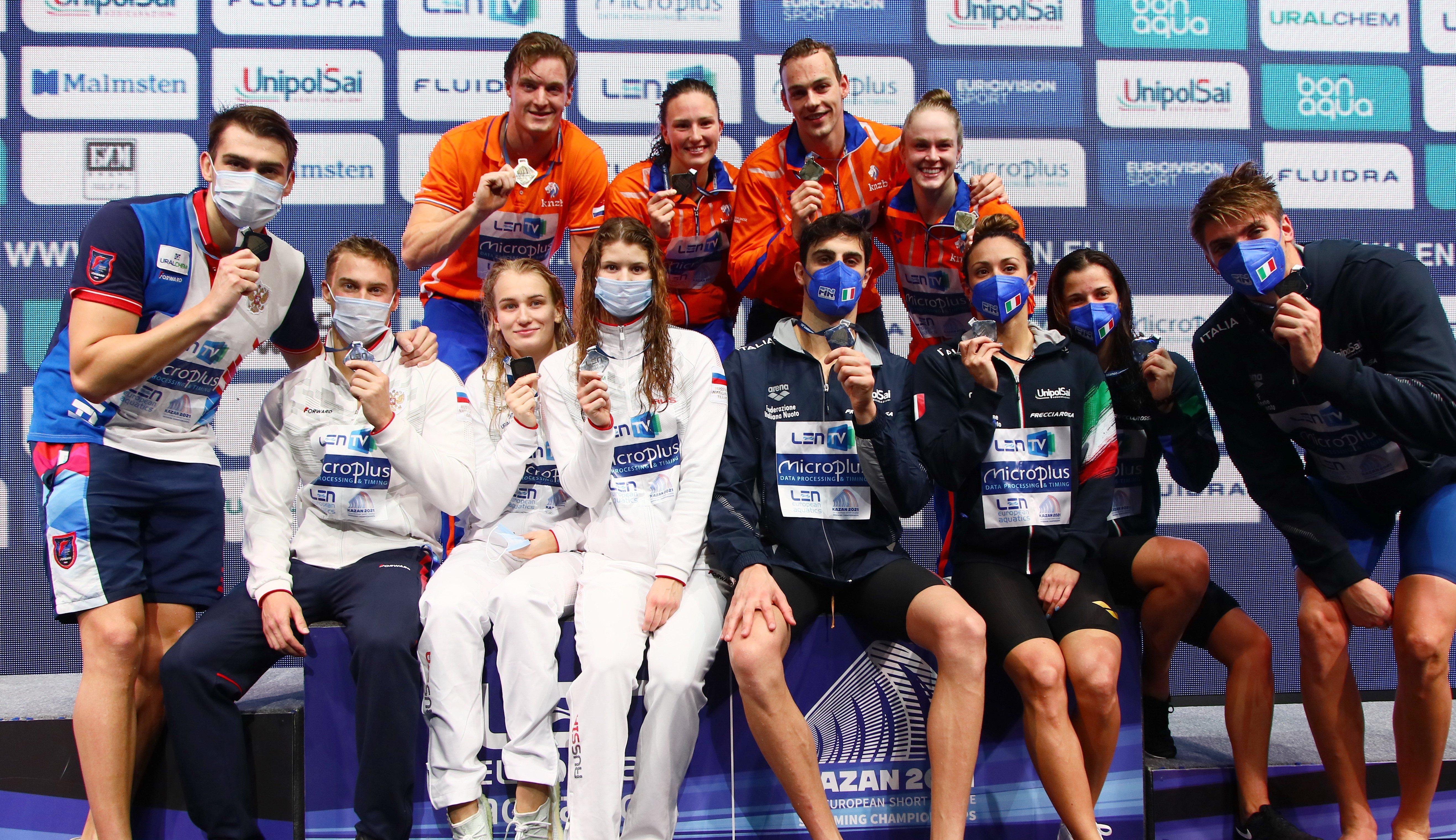 Hungarian swimmer Szebasztian Szabo claimed another gold in Kazan repeating the world record. Review of the day at the European Swimming Championships.

Anastasya Gorbenko from Israel added a short course win to the long course gold of the European Championships 2020 in the same distance. Just two years ago, an Israeli athlete came to Kazan to take part in the European Junior Championships, and today she got the champion title at the senior tournament. Swiss swimmer Maria Ugolkova finished second.

“I bettered my time and even set a national record. I am happierthan usual, because the championships is about to end for me, sosecond place is a good result,” told Maria Ugolkovarepresenting Switzerland.

“It wasn’t my fastest swim, but I’m content with the medal. The last years were not easy for me, but here, in Kazan, I swam as fast as I could,” Victoria Gunes confessed.

Just yesterday, the Hungarian swimmer Szebasztian Szabo set the European Championships record in the preliminary 50m, and 24 hours later, he was able to advance his result, setting the European record and equal the world record. After the finish, the champion complained that he could not make it a bit faster, but marked his achievements in Kazan.

“I failed only one hundredth … Although I am a co-holder of the world record and set a new record in Europe, so I can be happy with my result. I spared no efforts in this swim. Now I will rest a little bit and try to show a successful performance at the World Championships,” Szabo said.

“I am very glad for Szebasztian and his record! He’s a great guy. I am also happy for Thomas and his bronze. It’s great to see thetwo Italians on the podium at once. I could not ask for more than silver at this distance,” Matteo Rivolta told.

“The relay race went swiftly. We knew that our guys could swim at a great pace, and we needed to stand for them. I like the mixed relays a lot,” Maike de Waard noted.

“We knew that the competition was huge but believed in ourselves too, because we have a strong team. I wanted to focus right on the relay, so I opted out of the 100m freestyle. I realisedthat my chances of winning here are higher,” said Thom De Boer.

“We can call this medal a present. We went all out no matter how tired we were,” stressed out Silvia Di Pietro.

“Silver is a not a bad result. We have won medals in all relay races, which is good,” Vladimir Morozov commented.