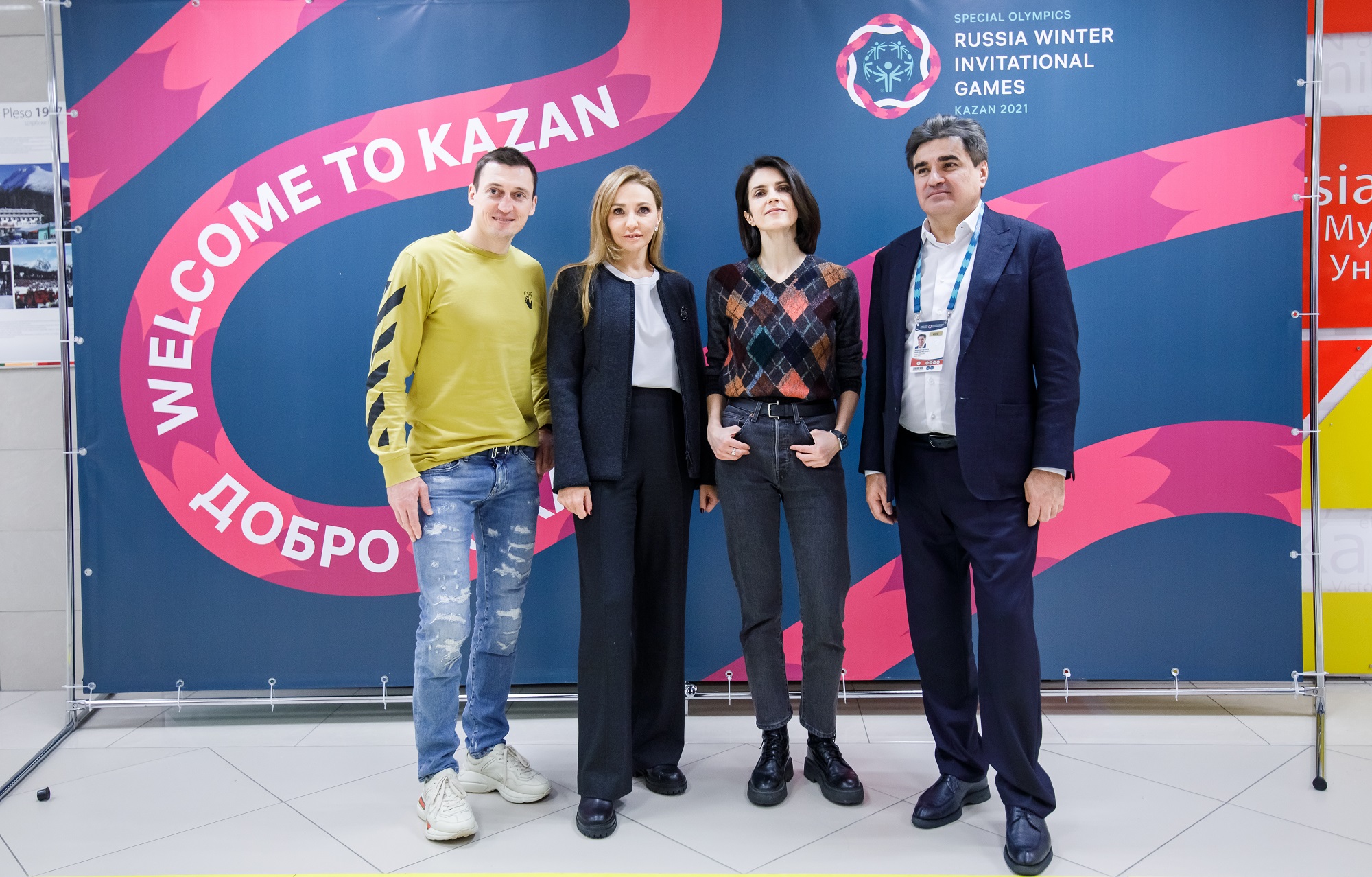 The Ambassadors of the 2022 Special Olympics World Winter Games in Kazan were introduced on December 5, during the #Мывместе (#Westandtogether) marathon.

Ksenia Solovyova, editor in chief at the Tatler magazine.

“I didn’t even give it second thought. I believe that the people with special needs who practice sports are real heroes, with a lot of fighting spirit. Despite everything, they keep on believing in themselves and doing their utmost to enjoy life. I support the Special Olympics World Winter Games because I am confident that every person, regardless of their health condition, should have an opportunity to achieve their full potential,” said Alexander Ovechkin when commenting his appointment as the Ambassador of World Winter Games 2022.

“The ambassadors are the embodiment of success in different fields, from sport to business and entertainment to media and more. They invest their time, talent, and resources into promoting the Games and supporting the values of the Special Olympics. As inspiring role models, they share our belief in the human ability to come together, overcome obstacles, and create a new, truly inclusive world for people with intellectual disabilities, through helping spread the message of the Special Olympics World Winter Games,” said Special Olympics President Olga Slutsker during her presentation.

The World Winter Games Ambassadors promote the Games and the Special Olympics programme throughout the preparation process and the event itself.

Special Olympics Russia was founded in 1999 and is one of the largest national programmes within the worldwide movement. It brings together approximately 130,000 athletes that take part in various competitions around the country. Within the programme of the Special Olympics, about 5,000 sporting events are held annually at the municipal, regional, and national levels. Currently, there are regional offices in 62 regions of Russia. One of the key goals of the Winter Games will be to increase the number of athletes with intellectual disabilities involved in the event. The target number is 200,000 people by 2025.

Founded in the USA in 1968, Special Olympics is an international movement aimed at terminating discrimination of people with intellectual disabilities. It promotes inclusion of all people by developing sports and creating programmes in the areas of education, health, and leadership. Every year the Special Olympic movement organises over 100,000 games and competitions in more than 30 Olympic disciplines and unites more than 6 million athletes and unified partners and more than half a million coaches and volunteers in over 190 countries and territories. Learn more: Twitter, Facebook, YouTube, Instagram, LinkedIn and Medium blog. More information is available at www.SpecialOlympics.org.