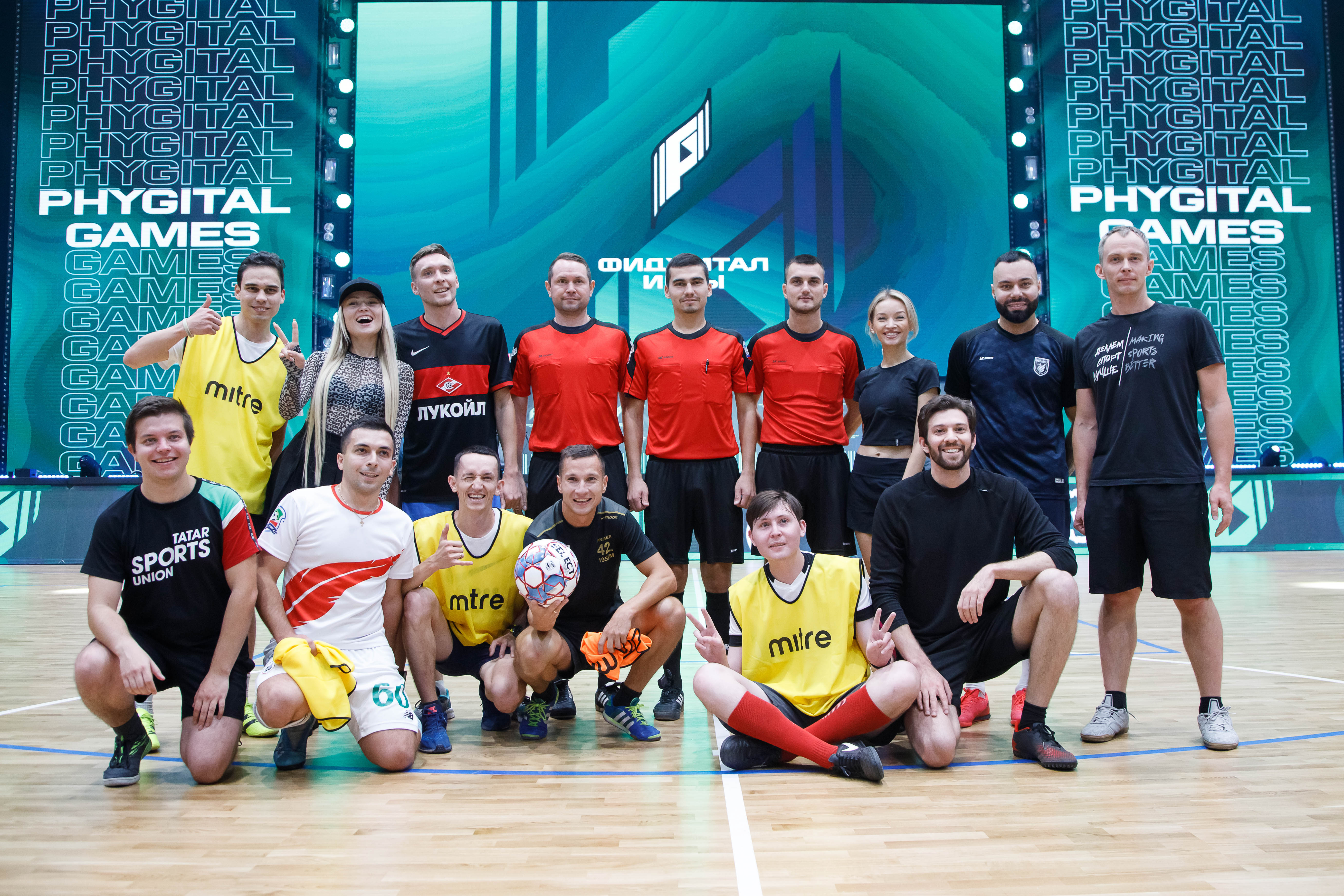 Popular bloggers and journalists from the top sports media were the first to play digital football at the Kazan Expo. Friendly match took place on Tuesday at the venue that will house the Phygital Games starting tomorrow. Among the participants were famous bloggers Turan Gataullin, Almaz “Strong”, Alina “Miss Rissovsky”, Ayrat Shakurov, Aliya Magdeeva, and Azat Kashapov.

First, the teams played the FIFA Volta sports simulator, where the participants in light-colored jerseys claimed the victory with a 3:0 score.

Second half of the match happened on the futsal court with the team in black coming close to saving the game. It had a lead with a 5:2 score (overall score 5:5), but 20 seconds until the end of the meeting the “light-colored” scored the deciding goal and won – 6:5. All the participants got the souvenirs.

“Phygital football has exceeded all my expectations. It’s fresh, interesting, and very exciting. We had neither enough gaming practice in the first part of the match – my FIFA career ended in 2006 – nor a few more minutes right on the football pitch. Now we’re hardly waiting for a return match before the Games of Future in 2024!” RIA Novosti correspondent Vadim Kuznetsov shared his impressions having become the first goal scorer in the match.

“Most positive emotions from the match, all the more so because I scored the match-winning goal. We were a bit relaxed when we had the lead of a 3:0 score after the first part of the game. We came to the parquet slack, conceded a goal, let the opponent level the match, and only after that got to play better. In general, it’s really cool we were given a chance to play and test the site even before the athletes,” Turan Gataullin mentioned.