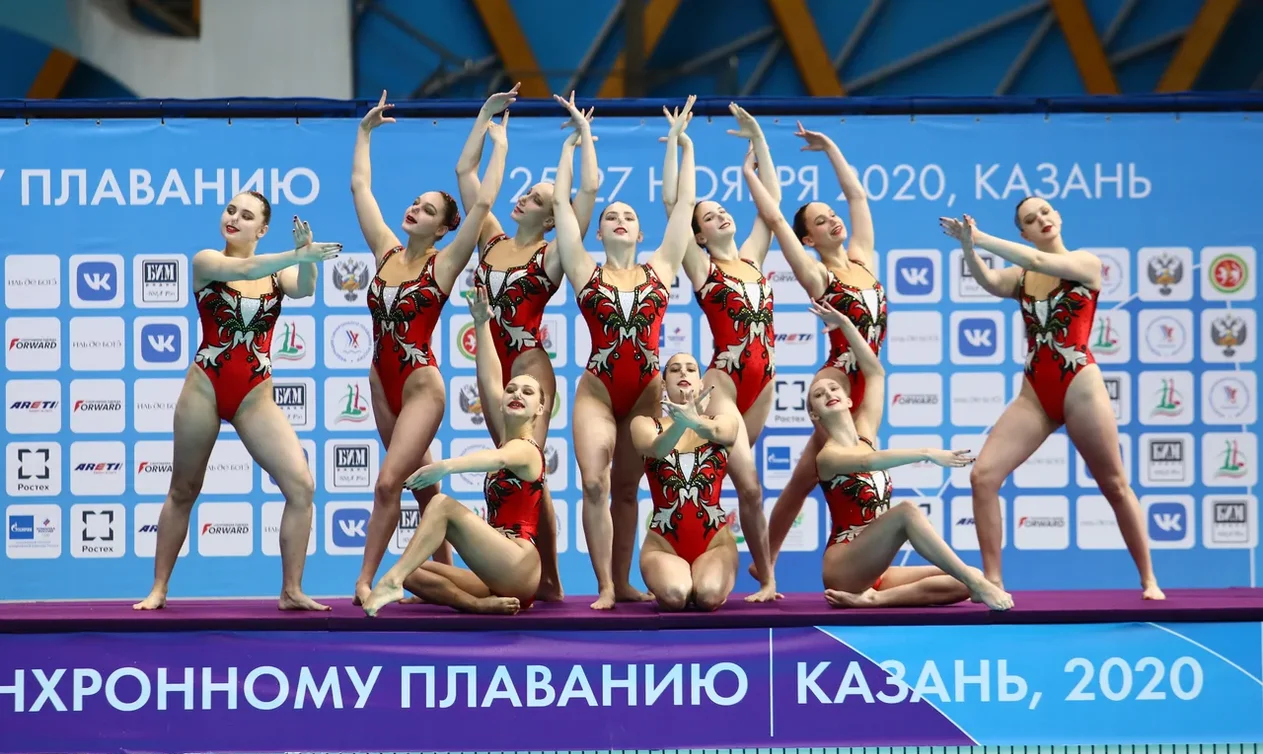 The first day of the Russian Synchronised Swimming Championships in Kazan concluded with a mixed free routine event.

The winning routine was inspired by the concept of mirror reflections. The athletes had first presented it at the end of this summer. They explained that the quarantine had put their training sessions on hold, and they had had to prepare on their own, completing the tasks assigned by their coaches online. Getting back in shape after this hiatus had proved hard. “We did not have that much time to get ready for the competition, but we made it in the end,” say the swimmers. Their plans for the future include competing at the national event in January and the Championships in April.