“Medal will be a nice birthday present” 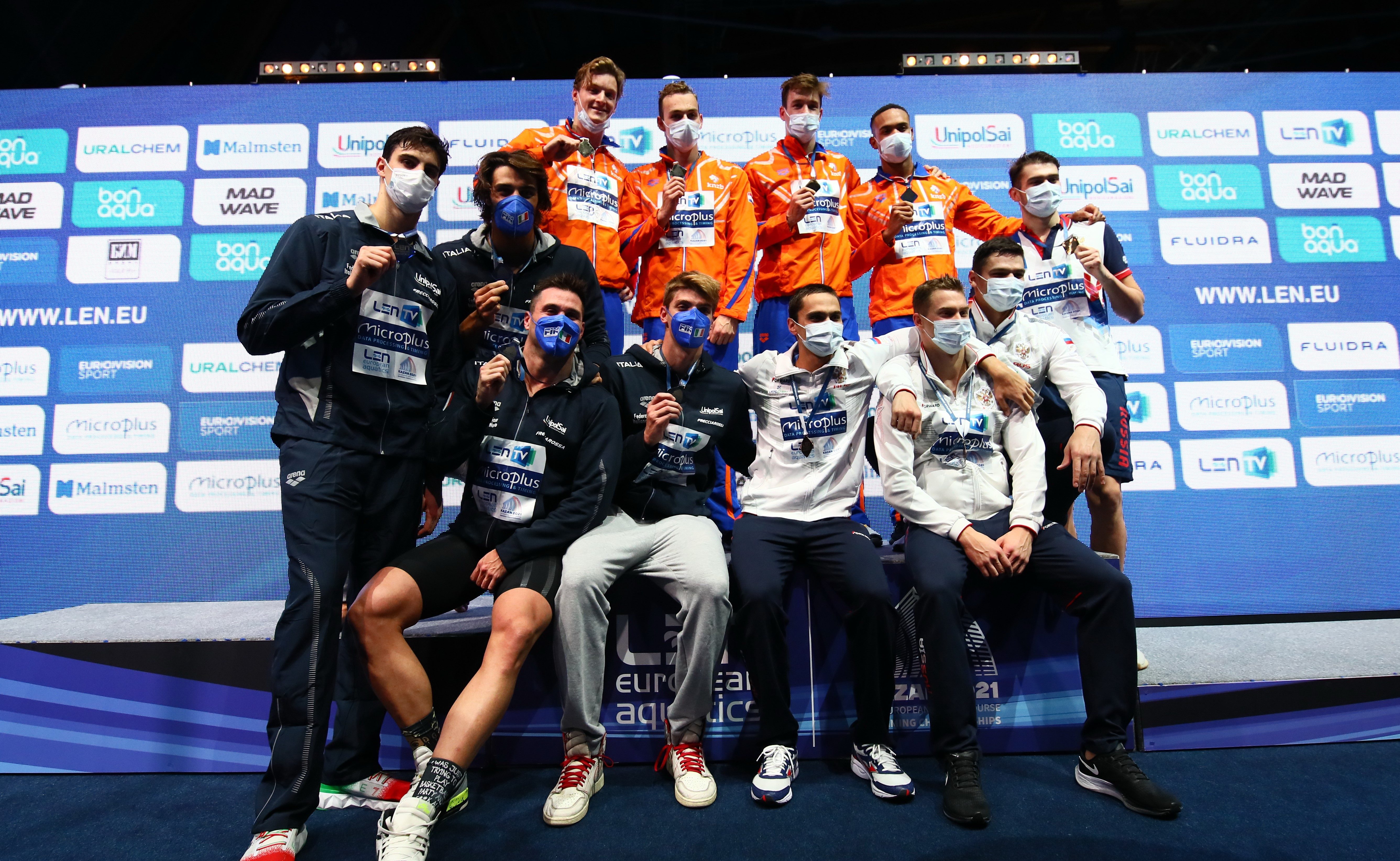 20-year-old Luc Kroon scratched out a win from an Italian Matteo Ciampi that will be celebrating his birthday tomorrow. Matteo kept the lead throughout most of the distance but will get a silver medal as a present for his 25th birthday instead of gold.

“This is the first time I am at the international short course competitions, but when I saw my results after the morning heats, I thought to myself why I wouldn’t win a medal. I am happy that I managed to win in Kazan,” Luc Kroon told after the victory.

“The medal will be a nice birthday present, although I had a hope to win. But second place is good as well,” Matteo said.

The Russian national team failed to defend the title of European champion won in Glasgow in 2019, but topped three best having lost nearly 0.5 seconds to the winners. Jesse Puts, Stan Pijnenburg, Kenzo Simons and Thom De Boer handed the champions title to the Netherlands.

“What an exciting race it was! It feels so good to become a champion like this – in the very first swim!” Jesse Puts exclaimed.

“Feelings are just wonderful. This is my first time at the European Short Course Championships, and it is incredible to win the title in the relay right away,” Kenzo Simons from the Netherlands national team noted.

“It was an awesome final, but sad to lose just three hundredths of a second. I am very happy with our medal anyway. My teammates claimed silver at the Tokyo Olympics and it is a great honour for me to swim with them,” Italian Marco Orsi told.

“We grabbed a medal on the first competition day, and it’s a good start,” Vladimir Morozov shared his emotions.

On the second day of the European Championships, men will identify the strongest in the 50m backstroke, 100m butterfly and in the 4x50m medley.