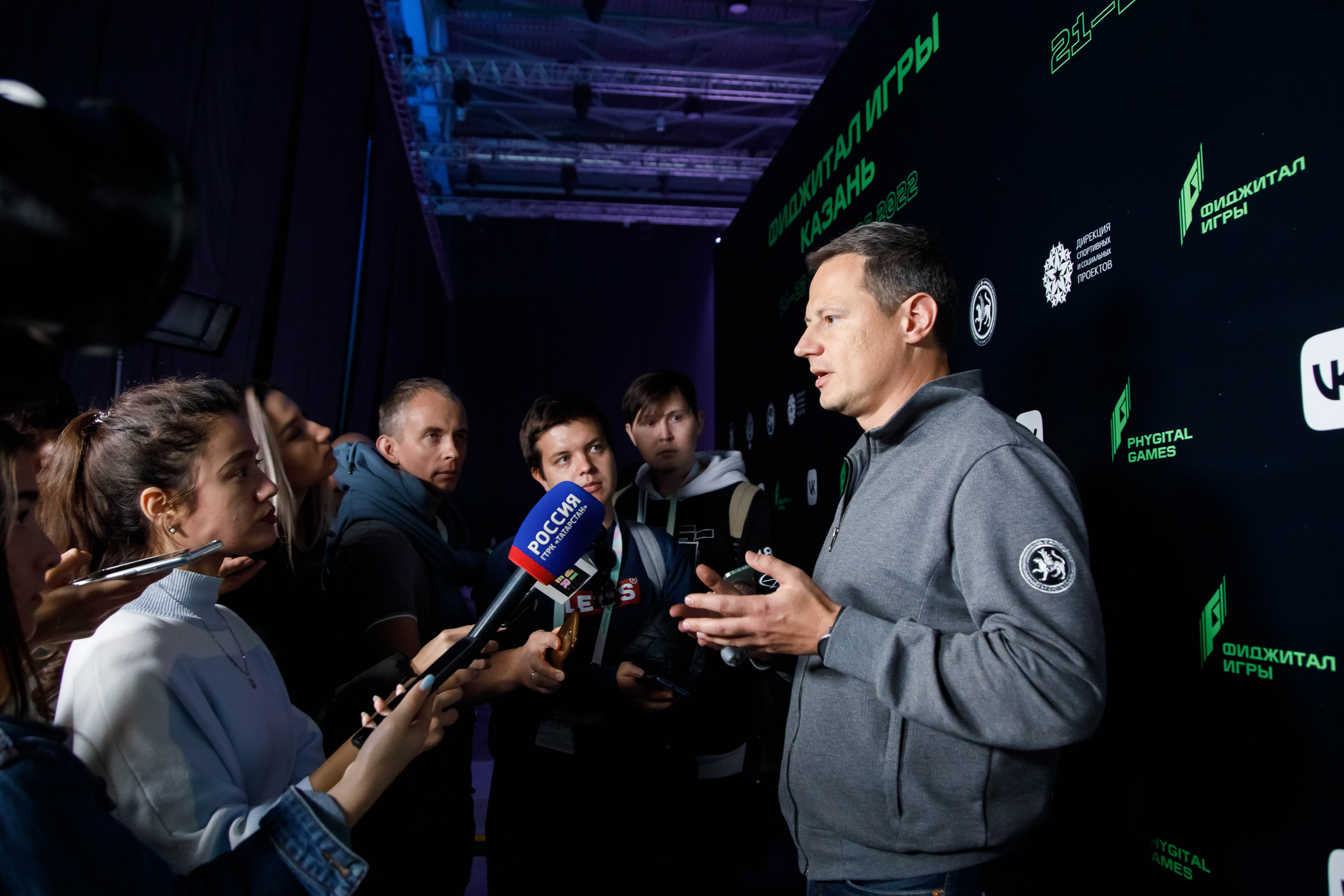 In the run-up to the Phygital Games commencing at the Kazan Expo on Wednesday, a press tour was held featuring main federal and republican media and bloggers. Director General of the ANO “Directorate for Sports and Social Projects” Maksim Denisov showed the tour members around the Games competitions venue and in detail acquainted with the tournaments rules for phygital football, phygital basketball, Beat Saber, and drone racing.

Competitions will be held on the threshold of the large-scale Games of Future high-tech tournament scheduled for 2024 in Kazan.

“Phygital format will undoubtedly be popular among the spectators. These competitions will also allow us to see the way to make them more spectacular and exciting for our sports society. Special emphasis is placed on streaming. We installed 20 cameras to stream the competitions at  VK Play and ВКонтакте platforms. For us it’s certain experience from the viewpoint of presenting video content. One of the interesting features is a digital locker room, where the gamers will make a transition from the real world to a virtual one, and we’ll be witnessing it on the screens,” Maksim Denisov told.

By the phygital football and basketball rules, athletes first get to spot the strongest in a FIFA/NBA sports simulator and then move on to the real sports ground to play futsal or basketball 3×3. Scores gained in the matches are summed up, that’s why the competitors have to showcase their prowess in both disciplines.

Athletes of the youth national teams of Russia and Belarus will take part in the phygital basketball competitions.

“In the course of staging phygital events, the rules will be refined in terms of dynamism and fascination. Digital battles in other sports are scheduled for November. It would be good to test and polish digital hockey, karting and a number of other sports,” Maksim Denisov noted.

As for the drone racing, athletes from Russia, Turkey and Bulgaria will go up against each other. Thus, athletes from five countries, including Russia, Belarus, Brazil, Bulgaria and Turkey, will contend at the first Phygital Games in Kazan.

“When selecting the Phygital Games participants, the organizers focused on the athletes, who are well-known in the media and cyberspace and skilled to play in digital sports. We need to get an eye-catching picture and emotionally charged battle that will spark the interest in the Games,” Maksim Denisov added.

Phygital Games prize money will amount to 6 million rubles. Instead of traditional medals, the winners will get commemorative statuette in the shape of the phygital sign.

Stands capacity at the Kazan Expo arena is 400 people. Free tickets are available  after the registration on the website following the link: https://kzn.kassir.ru/bilety-na-sportivnye-meropriyatiya