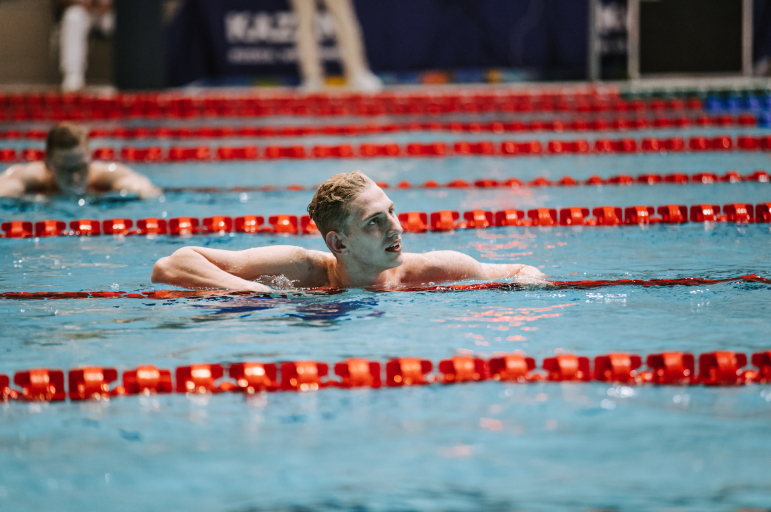 Today, on the penultimate day of the Russian Swimming Championships in Kazan, Ilya Borodin from the Bryansk Oblast set a new national record and world junior record in the men’s 400m medley (4:11.50). He beat his previous years record (4:12.95).

This is Ilya Borodin’s second record in Kazan. He also shined in the 200m medley before.

“I expected a record in the 400m, but I did dot believe that I would be able to beat the Russian record in the 200m,” admitted the swimmer after finishing. “So far I see beyond to qualify for the Olympics. It requires good training. To make it into the final is an entirely different story.”

Sergei Isaev from the Penza Oblast took the second place (4:19.82). Eduard Valiakhmetov from Tatarstan took bronze (4:20.69). “I am only happy with my today’s result. The rest should be improved. In the 200m medley, it did not work out that way. We will analyse it with my coach,” he said.

“I stayed at home during the lockdown and did not have an opportunity to train. Until the beginning of June, I exercised outside from time to time, wherever and whenever possible. Then some pools opened, and we used them. I only started working at full capacity at the end of August. It went slowly, and above all, we had to lose accumulated excess weight,” said Eduard Valiakhmetov. “After the break, I felt like I have not competed for several years: I lost the competitive spirit, the atmosphere.”