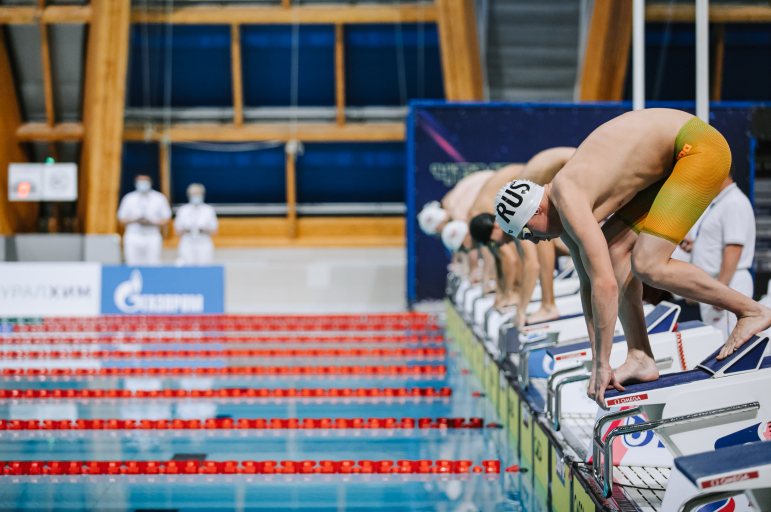 Alexander Egorov from Moscow won gold of the Russian Championships today at the Kazan Aquatics Palace. He finished the 1,500 m race at 15:06.66.

“I am glad that I came here and won,” the champion shared his impressions. “1,500 m is a very difficult distance; one can say whoever has a stronger will, will win. After half the distance you get tired, it’s hard, but you have to endure, there are still many metres ahead, and it’s just psychological. But whoever endures with the mind also endures physically. We need to work harder, prepare for the sprint.”

Daria Vaskina from Moscow won the women’s 100 m butterfly race. The athlete finished the distance at 58.63.

After the event, Daria Vaskina admitted that she did not expect a gold medal. “Of course, I dreamed about it. It happened thanks to the hard work done,” she said. “In general, the championships are successful, but, for example, the seconds are not what I would like,” she assessed her performance at the competition. “We will swim and improve results.”

Elizaveta Klevanovich from the Tyumen Oblast won in the 50 m freestyle (25.15). “I have fulfilled my task. I wanted to get out of 25 seconds, we will work further – on starts, turns. I think I would rate my performance at 4 points out of 5,” noted Elizaveta Klevanovich. “After the lockdown, it was difficult to get ready psychologically. In the end, I got used to it, and everything is fine,” the swimmer added.