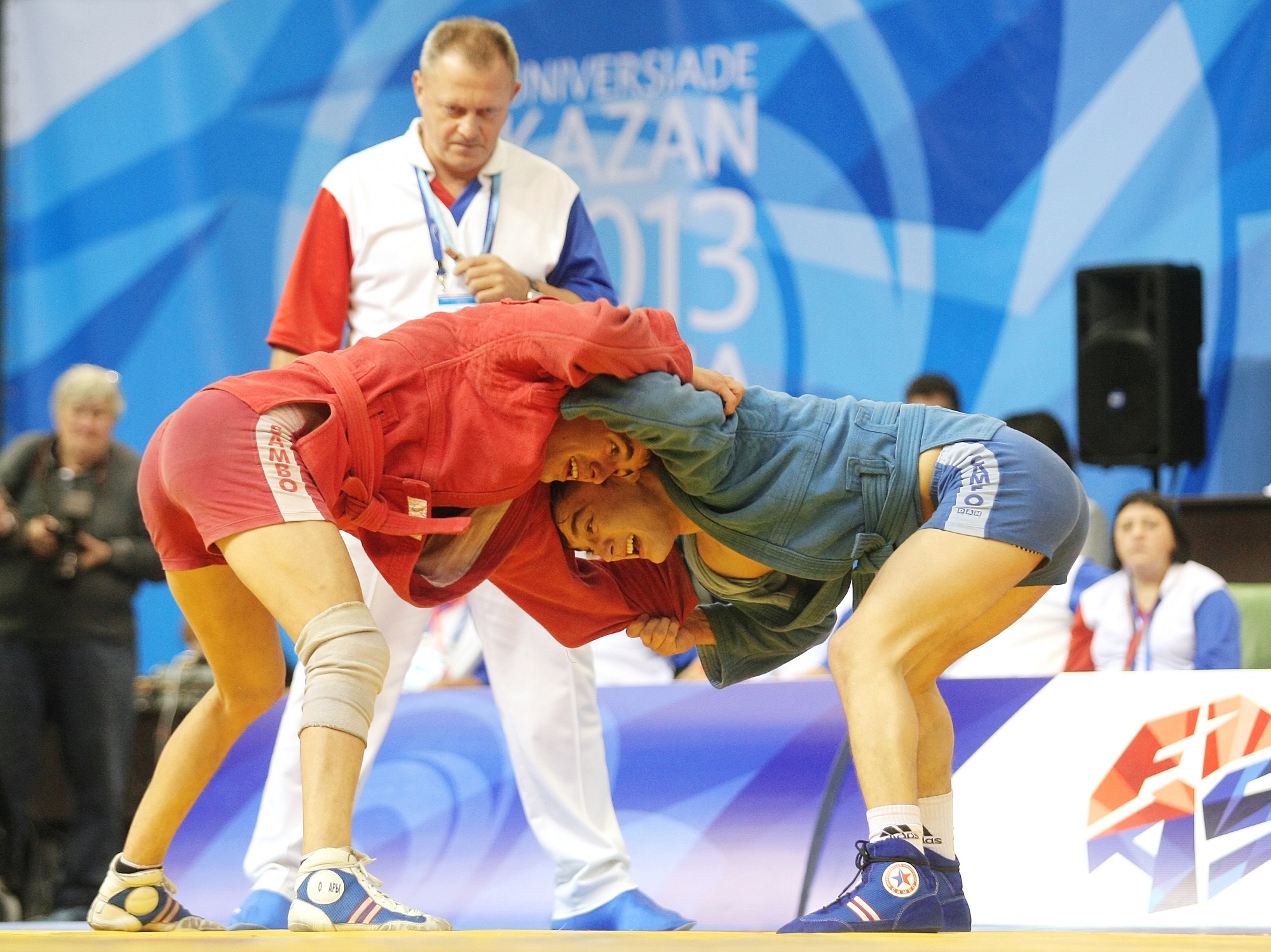 The Student Sambo World Cup took place in Kazan from November 30th to December 3rd, 2012. 460 people from 30 countries participated in the 2012 Sambo World Cup in Kazan. 60 officials oversaw and officiated the competitions.

As an optional sport, sambo was included in the programme of the 2013 Summer Universiade for the first time, and the Student Sambo World Cup was scheduled to serve as a test event for the Games.

The Student Sambo World Cup was held at the Ak Bars Martial Arts Palace. The venue’s uniqueness lies in its multifunctionality. The palace is equipped with all the facilities needed for practicing wrestling and other combat sports: 4 training halls, a gym, locker rooms with shower cabins, a sport rehabilitation centre with saunas, hydrotherapy and a swimming pool. It is situated in downtown Kazan, on the bank of the Kazanka River, near the Millennium Bridge. The Ak Bars Martial Arts Palace played host to such international competitions as the European Taekwondo Qualification Tournament (2012), European U23 Fencing Championships (2011). The venue also hosts koresh championships, aikido competitions.