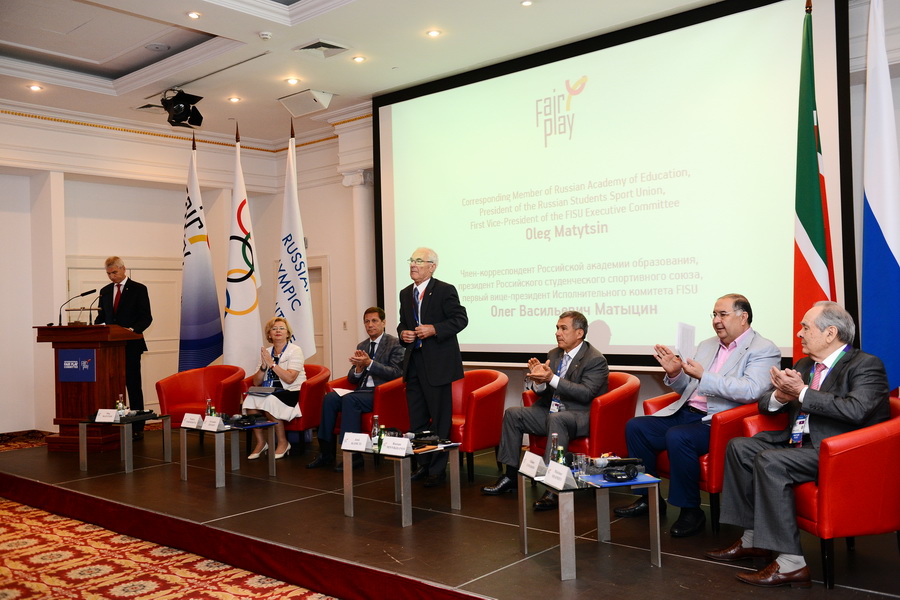 In July 2014, Kazan hosted a series of events of the International Fair Play Committee (CIFP).

The World Fair Play Awards took place in the Pyramida Cultural and Entertainment Complex on July 19. This event is an ethic code of sports society and is awarded to athletes, heads of sports organisations, mass media representatives, fans for fair competition, promotion of humanism, moral values in sport and life, rejection of all forms of violence against rivals and active charitable activity.

During the Gala Ceremony, the following awards were handed out:

– to an athlete or a team for a gesture of Fair Play;

– to a person for his/her remarkable general attitude showed all along his/her sport career;

– to a person or an organisation for an activity aimed at promoting Fair Play;