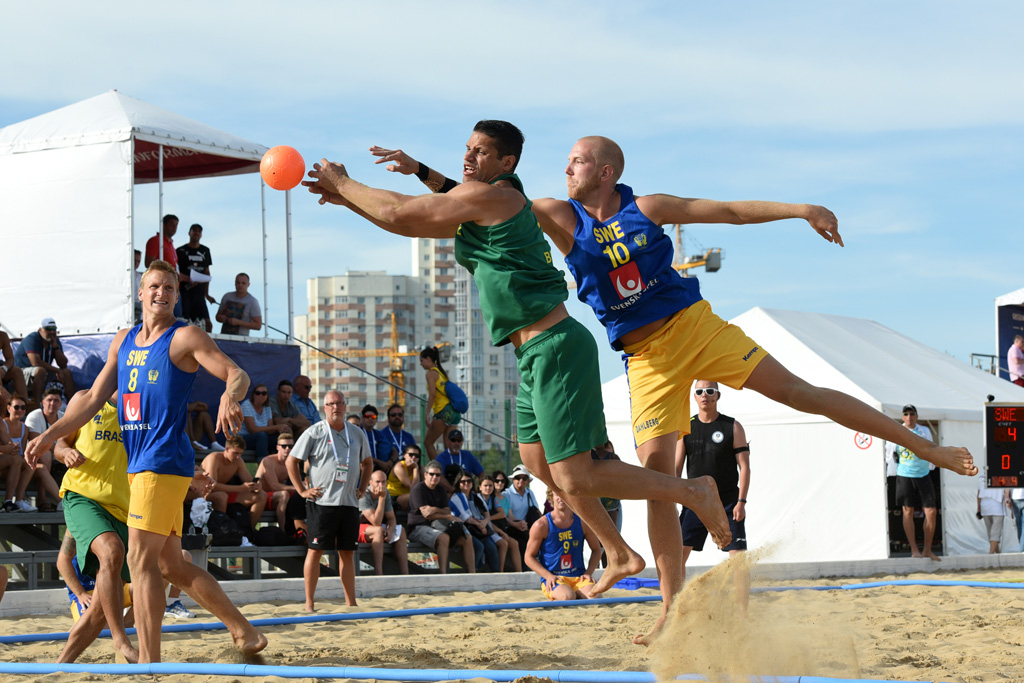 The capital of Tatarstan played host to the 8th Beach Handball World Championships on 24-29 July 2018. 16 men’s and 16 women’s teams that made up about 550 athletes, coaches, and officials came to the tournament.

The event took place on three fields of play at the Beach Sports Centre which is located near the Aquatics Palace (70 Sibgata Khakima St.).

The Beach Handball World Championships is held by the International Handball Federation (IHF) every 2 years. The first edition of the championships was held in 2004 in El Gouna (Egypt). Russia was the first to lift the title among women, and the team of Egypt was the first winner of the men’s event. The men’s team of Russia settled for bronze.

The IHF made a decision to hold the Beach Handball World Championships 2018 in Russia at the congress in Qatar on 25 January 2015.

This was not the first time Kazan hosted a beach handball event. Since 2014, the capital of Tatarstan plays stage to the Plyazh (‘Beach’) Annual Beach Sports Festival that includes beach handball tournaments.

In 2017, the 3rd All-Russian Beach Games served as a test event in the lead-up to the championships. The participating teams competed for the Russian Women’s Beach Handball Cup.

In the men’s tournament, Team Brazil took the title, silver went to Croatia and the Hungarian team earned bronze medals. In the women’s competition, the Greek national squad grabbed the crown, Norway secured silver, while the Brazilians settled for bronze.