“Gold came as a big surprise to me!” 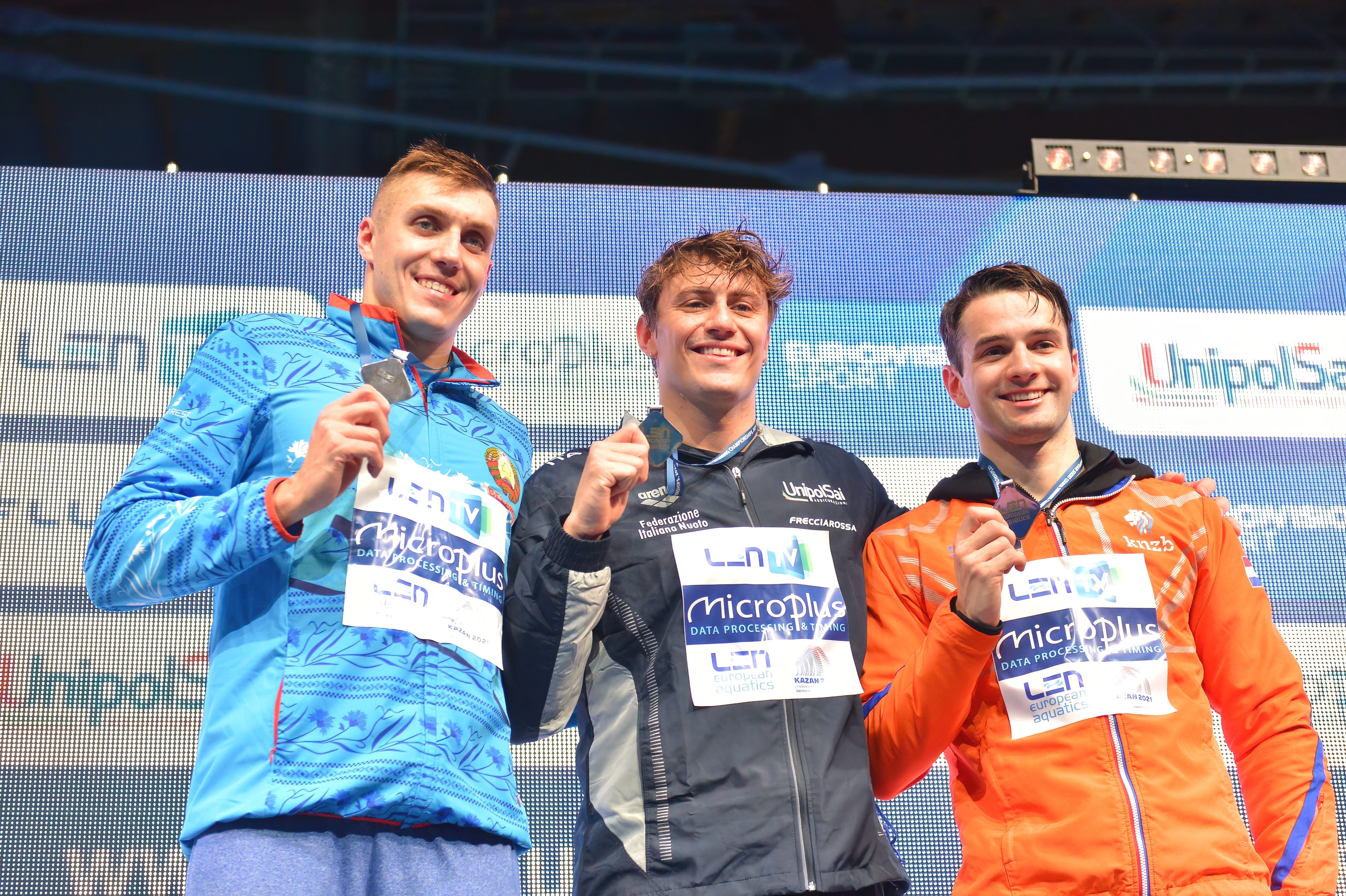 The 2019 European champion in medley relay Alicja Tchorz debuted as the champion in the individual event ahead of Maria Kameneva at the very finish by one hundredth of a second.

“I didn’t expect at all a win from myself. I was thinking of a bronze, perhaps a silver medal, but gold came as a surprise to me! I don’t believe it has happened to me, and I am so very happy,” the winner said.

Florian Wellbrock from Germany overtook the current world record holder at the 1500m distance Gregorio Paltrinieri and he himself was close to a new record.

“It was a great race, I set a new national record bettering it by 13 seconds. I’m getting closer to the world record, so I’m elated by my result. After the Olympics, I had only a two-week holiday, after the Games I had lots of competitions,” Wellbrock told.

“It’s amazing for me! I swam alongside the best long-distance athletes in Europe and enjoyed it. I am steadily getting my best form, so I am happy with my result,” Gregorio said.

Nicolò Martinenghi at the 100m breaststroke finish scratched the win from the world record holder Ilya Shymanovich. A day earlier, the Italian became the European champion in Kazan in the relay, and today – a two-time tournament winner.

“I am very happy, very content with my win. Yesterday’s world record helped me very much. Today I enjoyed each and every second. This is my first gold medal in personal races at the international championships, so I showed my best time,” Nicolò said.

“I wanted to win and even showed the best time. I wish I had won, but my opponents were better than me at the start of the swim,” Arno Kamminga told.

In the final race of the day, the Russian national team proved the status of the European Championships best team by the victory in the second relay at the tournament. Maria Kameneva, Nika Godun, Arina Surkova came third at Euro 2019 in Glasgow, but today, together with Daria Klepikova, they managed to seize the champions throne. It was Daria who swam the last 50m and kept the lead despite the competition from the Swede Sarah Sjoestroem, and gave her team’s a victory.

“I’m so happy. That’s all I can say now,” Nika Godun exclaimed after the victory.

“We are the champions, so it means that everything went perfect,” Arina Surkova noted.

“Amazing feelings, my first relay at the senior European Championships. It was so good to swim with everyone and even to claim a medal,” said Emelie Fast from Sweden.

“We spared no efforts to this medal, and we really wanted it. Two of my teammates had other finals before the relay, so we can be content with the bronze,” Italian Silvia Di Pietro commented.