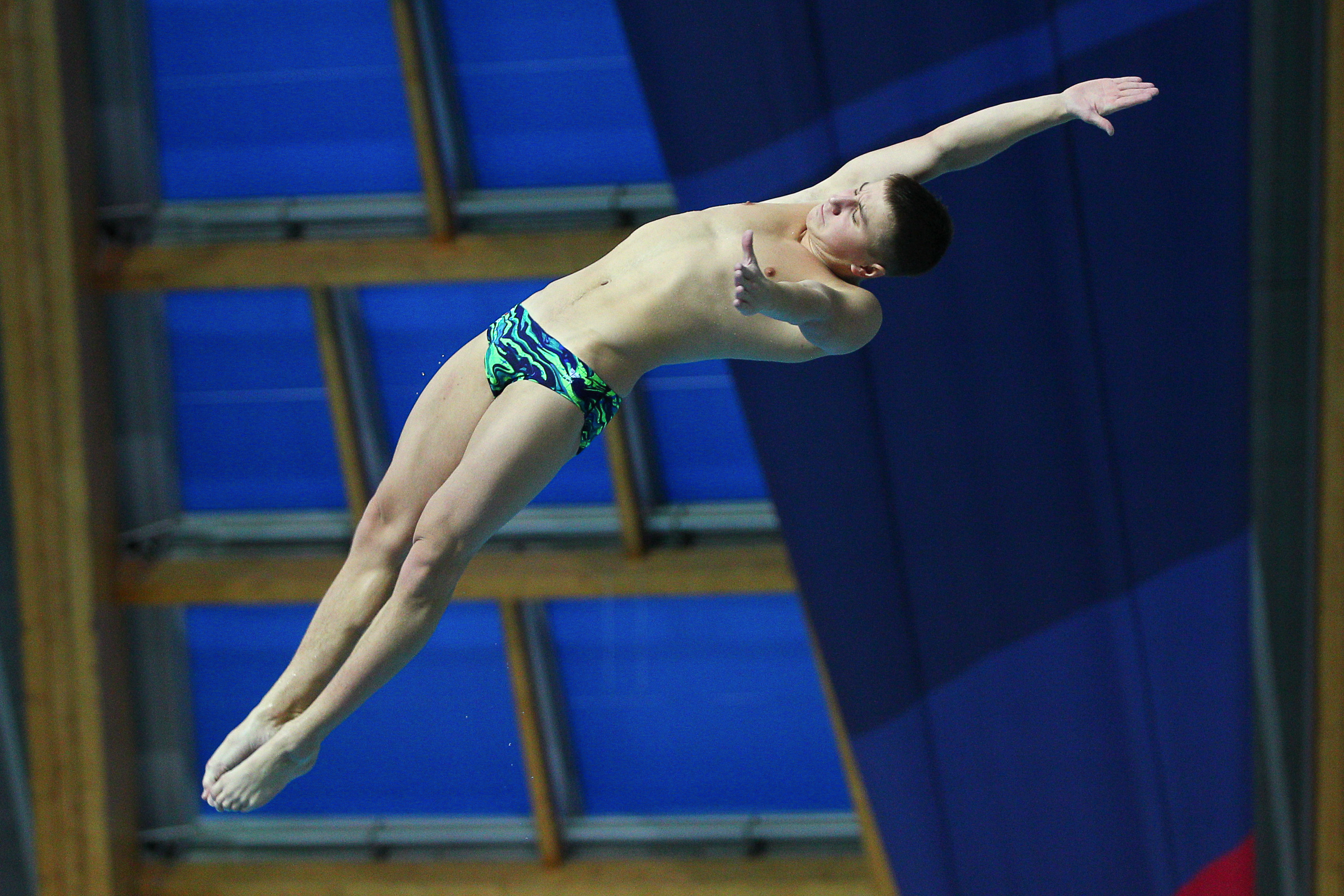 In synchro platform dives Ivan Karpov and Artyom Levin were the best, while in individual dives Darya Demidova was unbeaten. Gleb Ryabov claimed victory at 1m springboard, while 3m springboard was topped by Aleksandr Cherepakhin who won third gold in Kazan.

“The scores we gained were low for us, that’s why we aren’t very happy with the performance. First place is good but we could have done better. Competition was strong. All pairs had a chance to win. We’re going to come for the third stage of the Solidarity Games but it will be very competitive, as all the leaders will be here,” athletes shared their emotions.

“My performance made me happy, although not everything came off. The victory was hard to win, because many athletes had well-prepared programmes. By the degree of difficulty “Solidarity Games” is more challenging competition than the Russian Junior Championships. Now I will be training for the next stage,” Gleb Ryabov noted.

“Before the start, I had a lot of concerns over the platform, since the competition was really high. But I was thoroughly training, because I knew the tournament would be hard. The coach was encouraging me saying everything would be alright and that I’m able to do everything. “Solidarity Games” is a great tournament. Everybody was going point by point, it was really tough,” Darya Demidova told.

“Three gold medals: one is for 1m, another one – for 3m, and the last one – for a synchro platform dive. I may confess that only one dive came off, while the other two could have been better. Third stage of the “Solidarity Games” will be 100% more difficult. It will feature the main line-up, and I haven’t dived up to their level,” Aleksandr Cherepakhin shared his impressions about his victory.

All in all, diving tournament brought together 106 participants (77 athletes 2004-2008 birth year and 29 coaches) from three countries, including Russian Federation, Serbia, and Belarus. Swimming competitions at the “Solidarity Games” kick off already on 20 November.