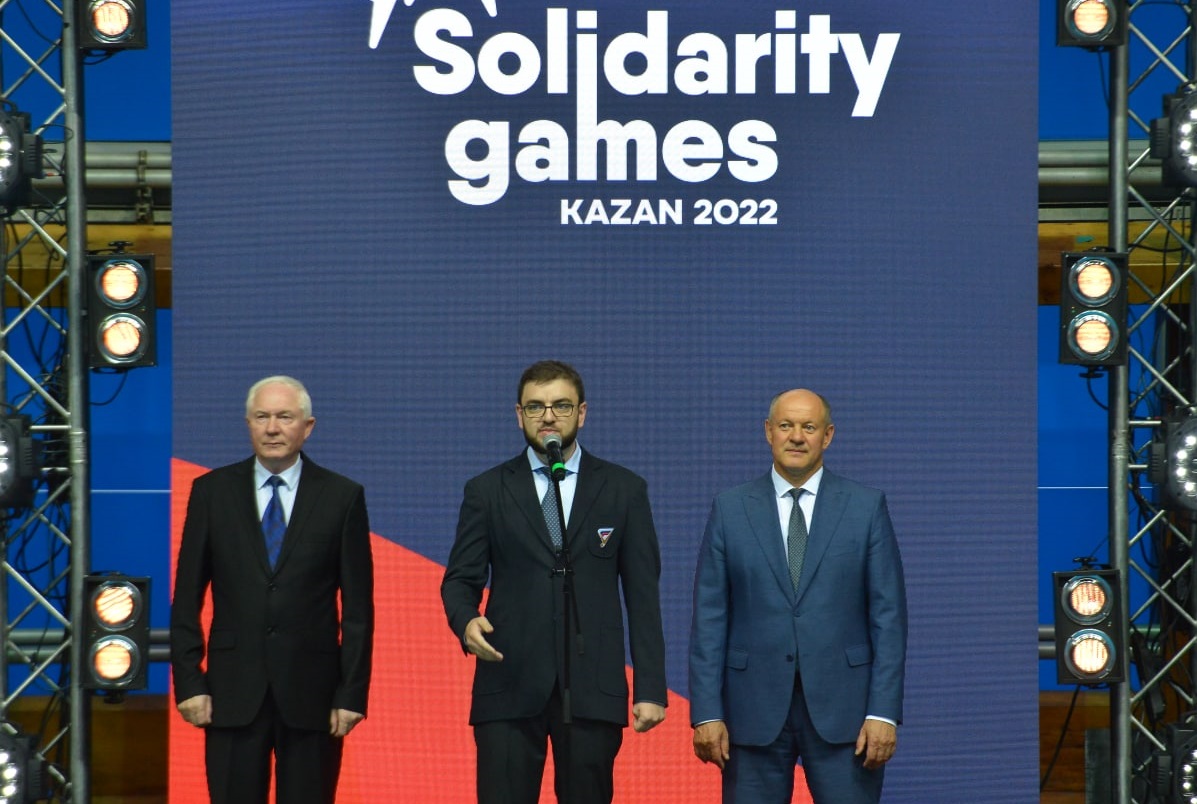 Aquatics Palace of Kazan hosted the Opening Ceremony of the “Solidarity Games” diving competitions. Spectacular drum show was followed by the welcome addresses to the spectators and participants by the First deputy minister of sport of the Republic of Tatarstan Khalil Shaykhutdinov and President of the Russian Diving Federation Stanislav Druzhinin.

“We are happy to welcome you at the Opening Ceremony of the diving competitions at the “Solidarity Games”. Yesterday swimming tournament concluded, and today we commence no less exciting and fascinating discipline. Competitors from eight countries have come to showcase their prowess, delight their supporters with elegant performances. Let the strongest win!” Khalil Shaykhutdinov claimed.

“Let me greet you all on behalf of the Russian Diving Federation. We have 120 participants here, and I am confident this will be a celebration of sport and solidarity. Tatarstan is capable of organising such celebrations, for what we are thankful to the government of the Republic of Tatarstan and President Rustam Minnikhanov. I dare say that Kazan loves diving very much, and just recently Nikita Schleikher claimed gold the Russian Championships. I’d like to wish everyone to show off their skills and talent. I declare the international diving competitions at the “Solidarity Games” open!” Stanislav Druzhinin announced.

“Kazan is always distinguished by the high standards of organising the competitions from the very first start – Universiade 2013, which is always pleasant. There is a tendency – the more years go by, the lower the level of the competitions organisation around the world. And when there is a city that holds a high bar by contrast, it is extremely good. Needless to say, Kazan is among these cities”, Ilya Zakharov noted.

“Shortly before the Solidarity Games, Russian championships took place in Penza, but it was a qualification start to some extent, therefore the athletes were not in their best form. Everybody is much more focused on the results here in Kazan. Diving is fascinating in a way that you can see whom we have now, who has joined, which reserve we have, which difficulty degree the athletes have. Anyway everybody compares each other, watching the competitions we are not performing at. So I do want this comparison to stand with us after this tournament”, Elena Vaytsekhovskaya shared her expectations about the Solidarity Games.

A total of 32 sets of medals will be awarded at the diving competitions scheduled for 26-29 July. Kazan gathered 120 participants from 8 countries, among them are 79 athletes (52 from Russia) and 41 team officials (24 from Russia). “Solidarity Games” diving competitions will feature the competitors from Armenia, Belarus, Venezuela, Vietnam, Lugansk People’s Republic, Uzbekistan, Ecuador, and Russia.