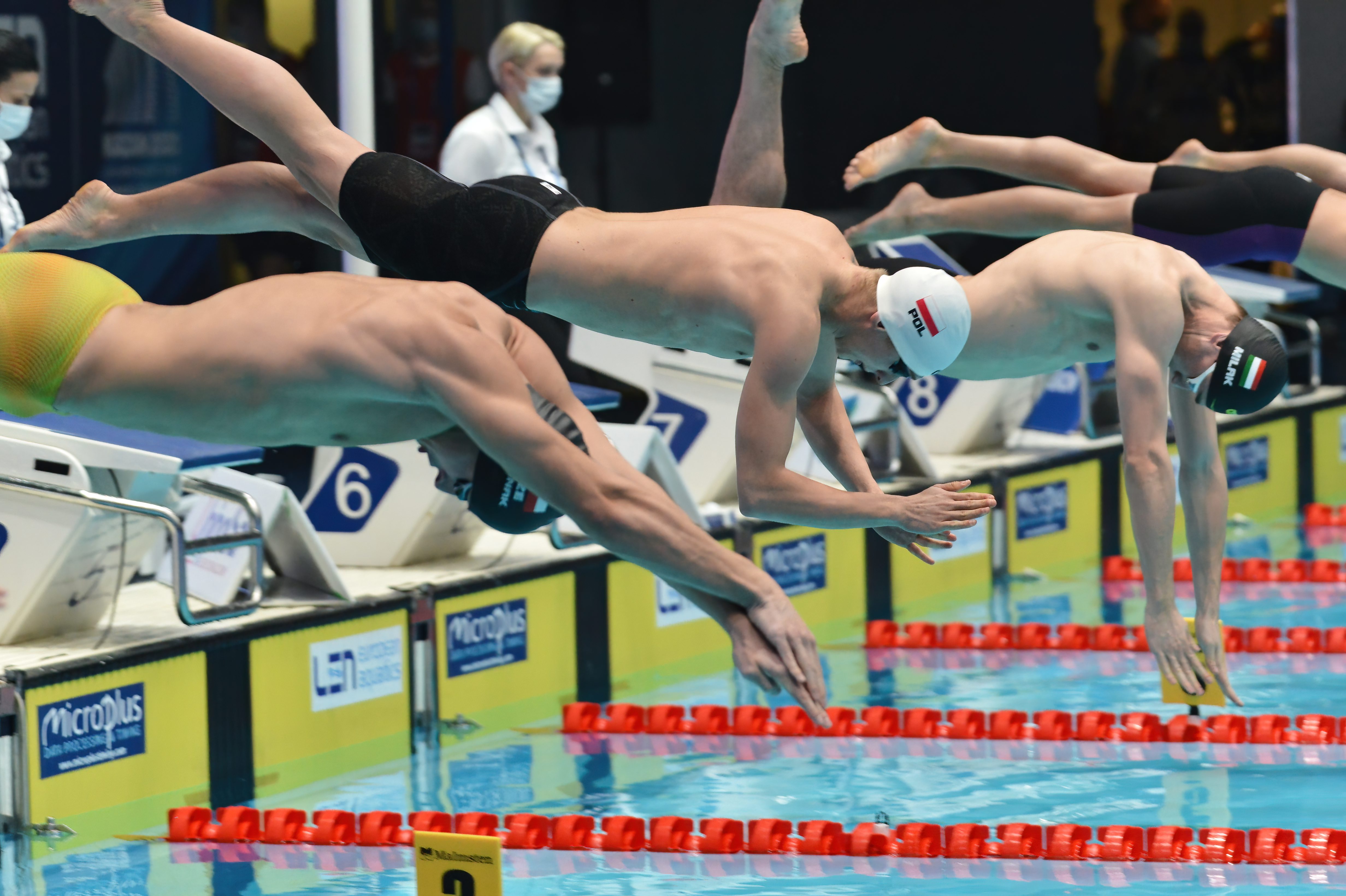 The third day of the European Short Course Swimming Championships started with the victories of Kira Toussaint, Svetlana Chimrova and Szebasztian Szabo.

Kira Toussaint added a gold medal in her individual 200m backstroke swim to the silver for medley. The swimmer from the Netherlands was in the lead throughout the entire distance and ended up finishing the race with a personal best – 2:01.26. The Euro-2019 champion Margherita Panziera claimed silver this time, Lena Grabowski from Austria – bronze.

“I’m elated! I used to hate this distance, but to drill the 100m distance I started practicing it more often. I never thought that I would come that close to this time – 2:01. This is a special moment for me!” the Dutch athlete said.

“I am content with my performance. I improved my time compared to yesterday’s swim, but I realised that I had to show my personal best in order to win. Now my goal is the World Championships,” Margherita told.

After a win in the 100m butterfly, Szebasztian Szabo became a two-time European champion, having claimed another gold in the 50m freestyle. Lorenzo Zazzeri from Italy was one tenth of a second inferior to him but yesterday set a world record in the relay, while Vladimir Morozov and Pawel Juraszek shared the bronze.

“100m victory boosted me, and I knew that if I did everything right, it would be enough to get on the podium. I focused on my start and turn, and this is the key point in a race with such competitors,” Szebasztian said after the victorious finish.

“After yesterday’s world record, I couldn’t fall asleep, since the adrenaline and emotions were running high. But at the same time, that victory made me confident. I am glad of another medal at the European Championships,” said Lorenzo.

Svetlana Chimrova won her first victory at the European Championships in individual swims. After 50m, she was fourth, topped three best after the first hundred, and took the lead throughout the second part of the distance preserving an advantage over her opponents.

“I’m very tired. I am happy with the gold medal, but not totally happy with my time. I will strive to make the time better. First part of the swim came off really well, but second part was very tough, therefore I am so exhausted now,” Svetlana told.

“I am very, very, very happy! This is my first medal at the European Championships, and I am surprised by the time I showed. I bettered my result by more than one second,” Helena Bach expressed her emotions.

“Through the last 50 meters of the distance, I could no longer feel my hands because of tiredness, so this bronze gave me a lot of joy,” said Ilaria Bianchi.