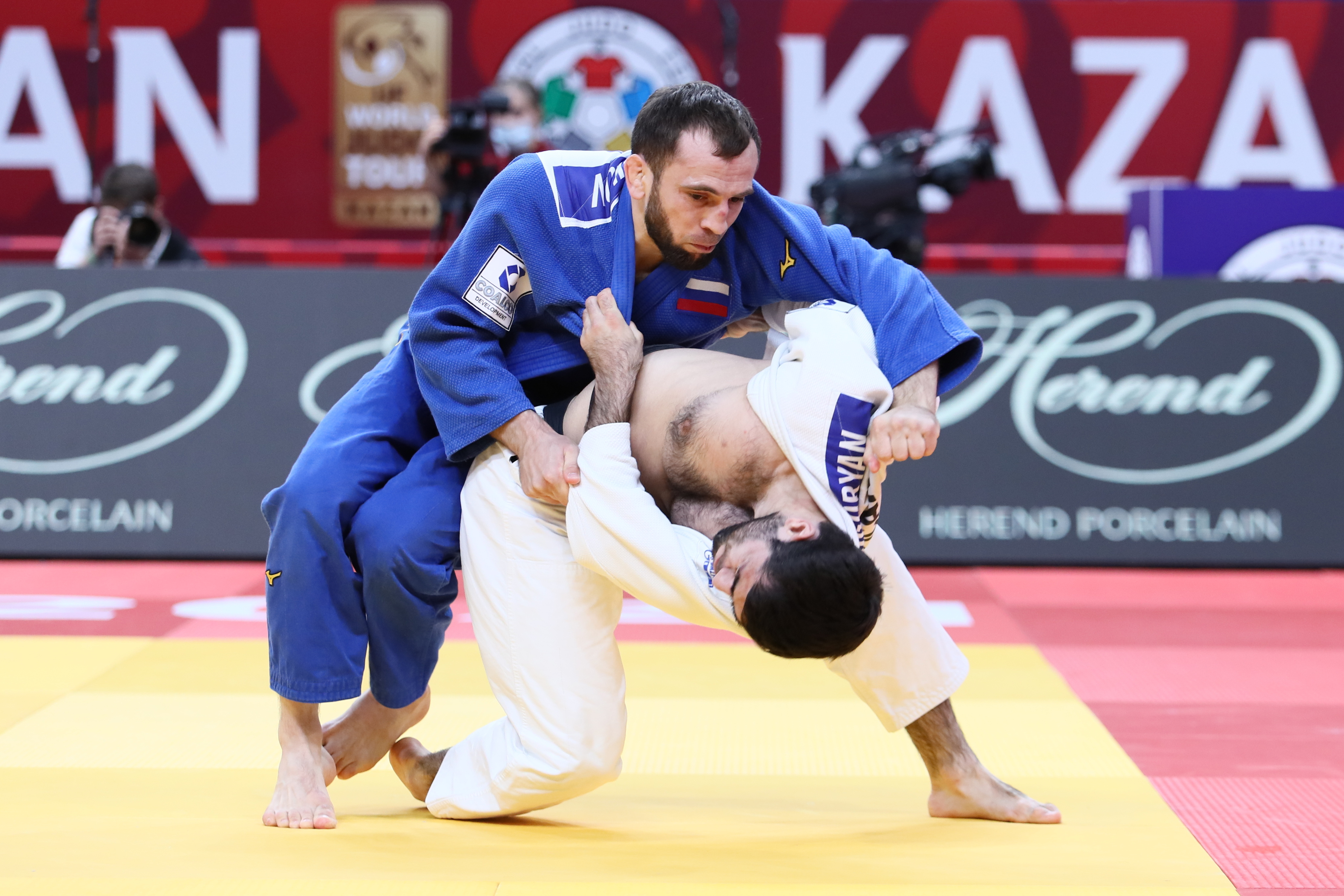 A prestigious judo tournament kicked off in Kazan.

Competitions of Kazan Grand Slam 2021 commenced at the Tatneft Arena Ice Palace in Kazan. The world’s top athletes compete to earn points towards qualifying for the delayed Olympic Games in Tokyo. Winners in the men’s -60kg and -66kg events were determined on Wednesday, May 5.

“I was striving only for the champion title; I wanted to win only gold, but it didn’t work out a bit. It was necessary to warm up, and I did it. We are all preparing for one tournament – the Olympics. We are moving towards it in small steps. The Olympics are my dream. I really want to become an Olympic champion. I am very pleased with the event management in Kazan. I love Kazan very much, this is not my first time here,” Robert Mshvidobadze shared his emotions.

“I am very happy with the victory. This is my first gold medal. I want to perform successfully at the Olympic Games. This is my goal,” said the winner of the tournament, Lukhumi Chkhvimiani.

In the -66kg category, Murad Chopanov of Russia topped the podium, defeating Dzmitry Minkou from Belarus in the final. The Russian athlete was warmly supported by fans who gathered at the Tatneft Arena Ice Palace, and the judoka did not disappoint their expectations. Yakub Shamilov of Russia and Eset Kuyanov of Kazakhstan won in the bronze medal matches.

“When I lost in the final, I was annoyed, but I pulled myself together for the bronze medal match. I managed to win, and I’m happy. Of course, I was aiming for gold, but I made a mistake and lost. A very good organization of the event in Kazan. It is important that spectators are allowed in the stands,” Shamilov said.