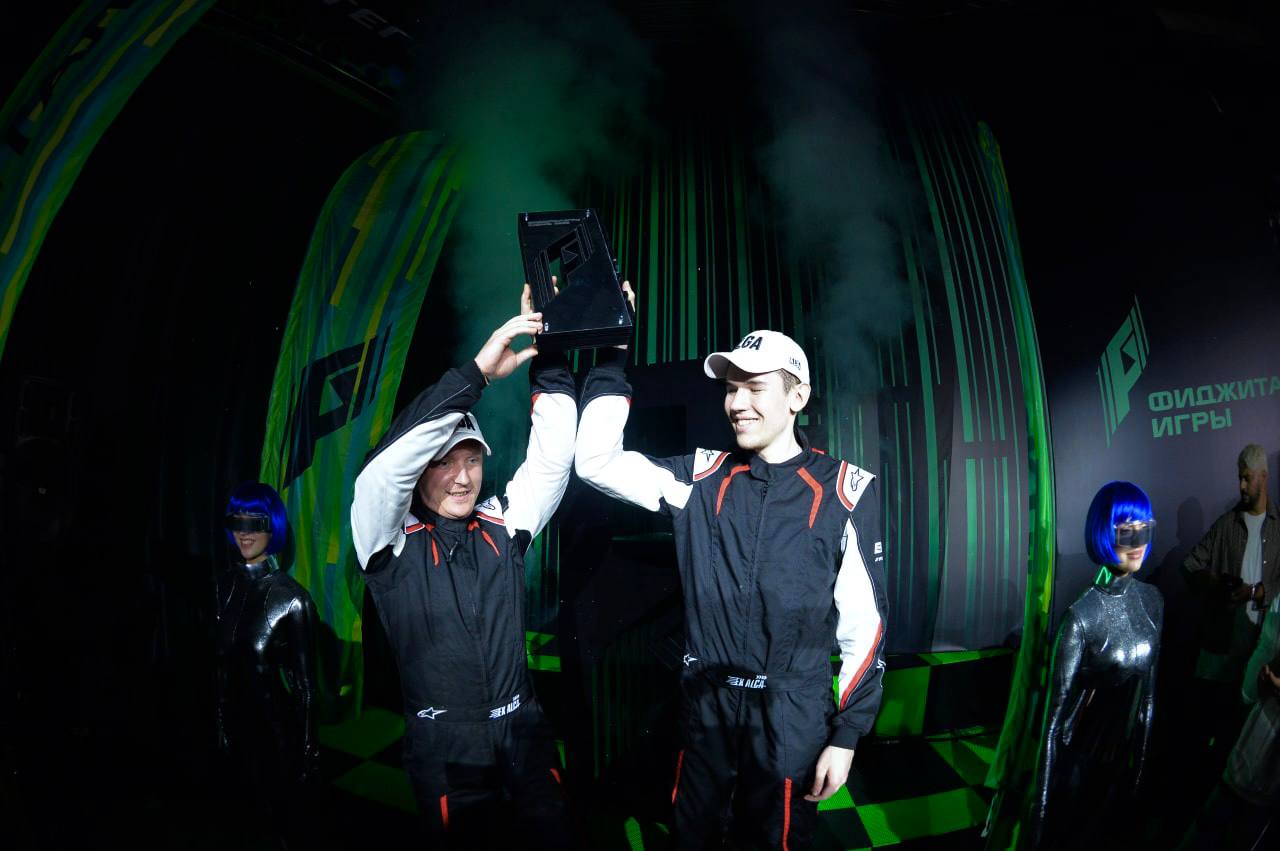 The phygital races ran as a relay of two-pilot teams. Competition has brought together a total of eight teams. Participants had to cover 20 laps in a karting race and 10 virtual laps based on the Assetto Corsa simulator. Qualification results were counted at the start of the races.

The winner of the phygital races was the Ek-ALGA team featuring Boris Garifullin and Mikhail Statsenko – Kazan team managed to consolidate the lead in 21 seconds. K.N. Racing with Yaroslav Shevyrtalov and Maksim Soldatov on the team came in second. SMP Racing team was the third in the top three, piloted by Roman Sharapov and Formula 3 race winner Aleksandr Smolyar.

“We won thanks to the balance of the team,” Garifullin commented on the victory. Misha is a fast sim racer, and I was good at karting. We prompted each other, catching the mistakes to be corrected. The most difficult thing is the moment of changing the pilots –not to get a fine, you have to stop in time and fasten or unfasten your seat belt in time. Generally speaking, phygital racing has a great potential ahead. It is possible that in the future they will compete not in the karting, but in touring racing cars.”

A former Formula 1 pilot Nikita Mazepin appeared as a special guest of the competition. At the event, Igor Stolyarov, President of the Games of the Future project, thanked the racer for supporting the Phygital Games and evolution of a new hybrid sport. The racer became the owner of a unique NFC Games of the Future certificate, symbolizing his belonging to the Phygital Team. In the course of the races results scoring, Nikita Mazepin played a special DJ set.

After the winners were announced, the Ek-ALGA team had another phygital race paired with a special guest of the competition. Nikita underlined that he had experience working on a simulator in Formula 1. “In fact, this is what about 80% pilot training consists of. So, in the virtual world, I also know how to drive,” said Mazepin.

Phygital Games in Kazan will go on with two more disciplines. On 26 November, the Ak Bars martial arts palace will be housing the phygital fighting (Mortal Kombat 11+fighting). Visit the website Games of Future to purchase the tickets. In December, the Tatarstan capital will be hosting the phygital hockey tournament.

Phygital Games will be streamed on the “Games of Future” channels along with the VK platforms — VK Play and VK. Follow the link https://gof.vkplay.ru/ to watch the competitions.