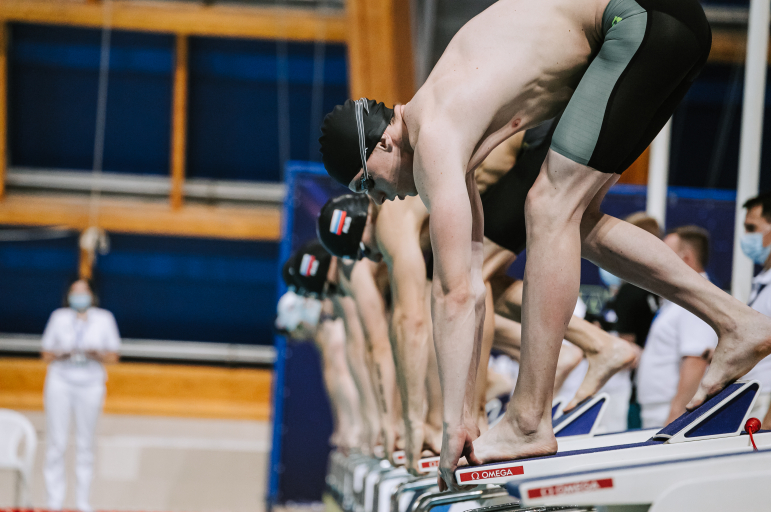 The Russian Swimming Championships continue at the Kazan Aquatics Palace. The second day of the competition kicked off with the men’s 100 m backstroke swim. Grigoriy Tarasevich from the Republic of Tatarstan was victorious with the time of 53.80.

“We finally made it to real starts. I hope they will be able to go as planned despite all the restraints,” said Grigoriy Tarasevich after the event. “It feels a bit difficult physically so far”. Speaking about training, he said, “Thanks to the national team’s management, I managed to do a good job at Lake Krugloye and got ready for the shortened season.”

Silver went to Nikita Ulyanov from the Khanty-Mansiysk Autonomous Okrug – Yugra (54.34). Bronze was taken by Maksim Fofanov from St. Petersburg (54.41).

The women’s 200 m butterfly swim was topped by Anastasiya Markova from the Vologda Oblast. She finished the distance with the time of 2:10.87. “We missed such big starts. There is a little excitement,” said the champion. “We haven’t had such events for more than a year, I have to learn to adapt again. I think I managed to do that. I narrowly missed the national youth record – by 0.27, but it will come”.

Aleksandra Sabitova from the Kemerovo Oblast took second (2:12.33). The top three was rounded out by Sofya Chichaykina from the Samara Oblast (2:15.27).