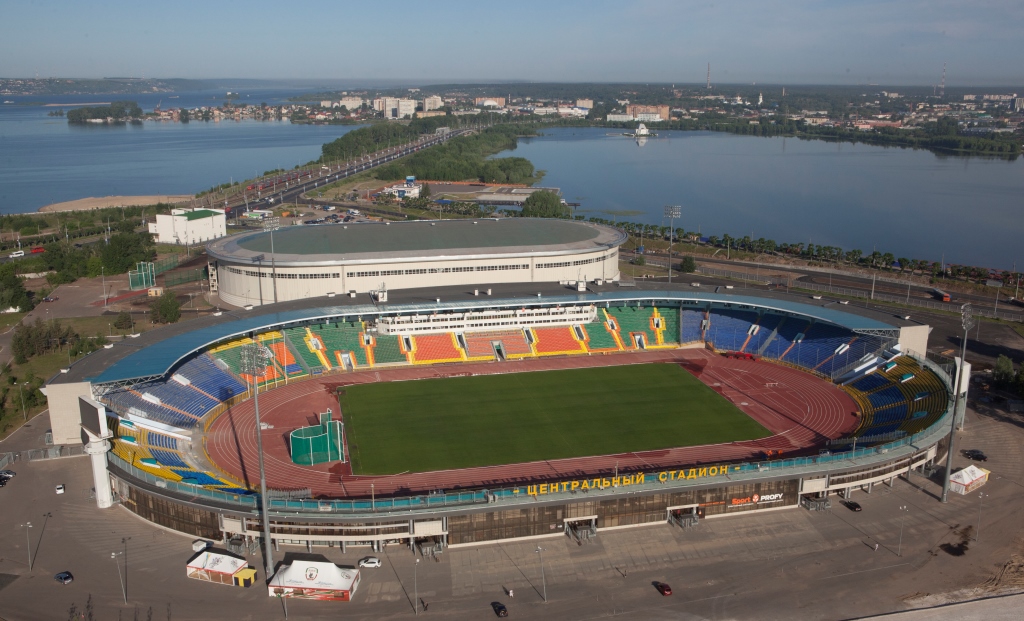 Located in the very heart of the city, opposite Millennium Square, the Central Stadium is one of the first sports facilities constructed in Kazan. The venue hosts many local, republican and international events, as well as competitions in a variety of sports.

The stadium comprises two training halls (30x2m), children’s gymnastics hall and aerobics halls. An indoor track and field arena, which is an integral part of the stadium, is located nearby. The venue is used as a training ground for Tatarstan’s athletics team and allows to stage summer competitions and train top-class athletes all year round.

The stadium serves as a competition venue for Russian Premier League tournaments and athletics events of all sizes. In 2010, the Central Stadium was certified by UEFA as a Category 4 stadium. It hosted matches of the 2009/2010 UEFA Champions League season and 2011/2012 UEFA Europa League season. In 2013, the stadium provided the stage for the track and field tournament as part of the 27th Summer Universiade. In September of the same year, the venue played host to the 2014 FIFA World Cup qualifier –Russia vs Luxembourg.