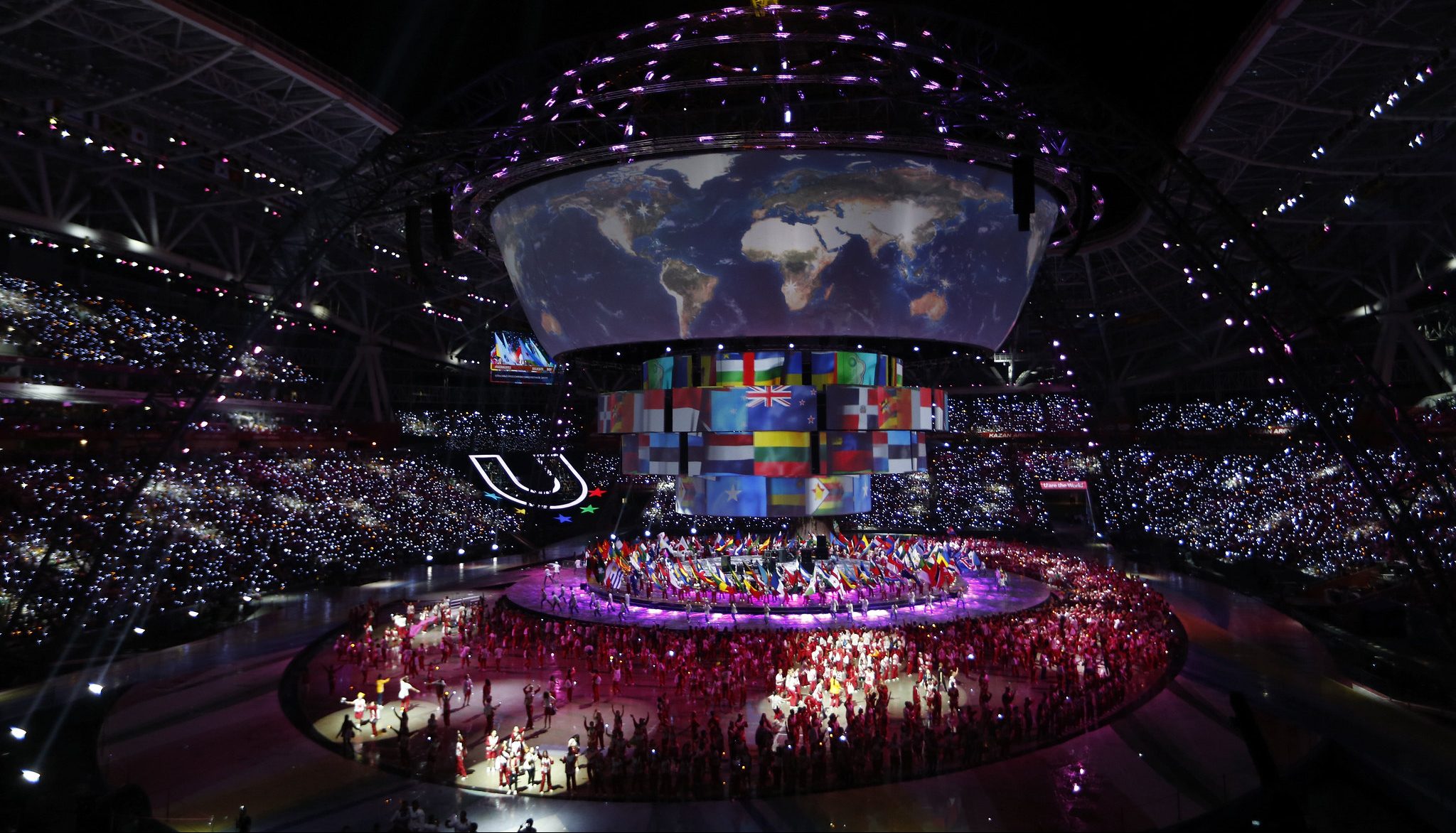 Kazan’s victorious bid was announced in Brussels on May 31, 2008. Kazan received 20 out of 27 votes of the FISU Executive Committee, beating Vigo (ESP) and Gwangju (ROK).

The 2013 Summer Universiade was the first high-profile multi-sport event in the history of modern Russia.

The World University Games were held in Kazan from July 6-17, 2013. The sporting event brought together 7,980 athletes representing 160 countries.

64 sports venues were used to host the World University Games. The largest of them that were constructed especially for the Games are the Kazan Arena Stadium, Aquatics Palace, Tennis Academy, Ak Bars Wrestling Palace, Saint-Petersburg Volleyball Centre, Boxing and Table Tennis Centre and Rowing Centre. The Universiade Village was constructed to accommodate athletes at the World University Games. The Main International Centre (MIC) was also built to serve as an office building.

The Games were broadcast to more than 100 countries. Over 3 bln people worldwide watched the coverage of the Kazan Summer Universiade.

In the build-up to the World University Games, the host city’s transport infrastructure was considerably refurbished; the terminal of the Kazan International Airport was reconstructed. Upon completion of the Summer Universiade, the Universiade Village was transformed into a student campus for Kazan Federal University and Volga Region State Academy of Physical Culture, Sports and Tourism. All sports venues were also made available for public use.