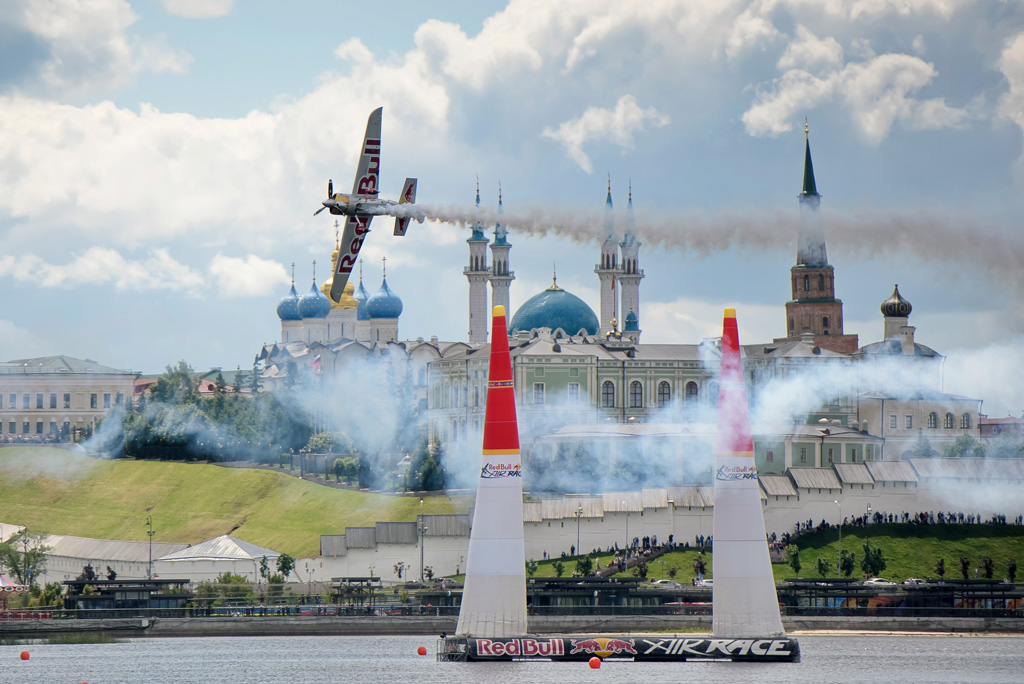 The Red Bull Air Race features the world’s best racing pilots in a pure motorsport competition that combines speed, precision and skill. Using the fastest, most agile, lightweight race planes, pilots hit speeds of 370kmh while enduring forces of up to 12G as they navigate a low level slalom track marked by 25-metre-high, air-filled pylons.

Kazan hosted this spectacular and exhilarating air race show for the third time. All fans were on the edge of their seats during two previous races in Kazan. In 2017, in the debut race, because of severe weather conditions, pilots hit 67 pylons. Last year, Martin Šonka (CZE) celebrated victory in the Master Class category at the fifth stop of the Red Bull Air Race World Championship in Kazan. The score difference of the winners was 0,181 sec.

In 2019, the programme of the Red Bull Air Race will feature eight stops. The second stop took place in Kazan. Traditionally, the Red Bull Air Race season started in the capital of the United Arab Emirates – Abu Dhabi, where 14 best pilots hit the skies on 8-9 February 2019. On 15-16 June, the race came back to Kazan again and will wrap up in Saudi Arabia.

Red Bull Air Race Amusement Park was located near the Kazan Family Centre and became the chief attraction of the event.

Each visitor had an opportunity to get into the spirit of air races and motorsport, take part in numerous activities and amusements, gain unforgettable impressions, and bring creative photos as souvenirs. In addition, one of the days, Challenger class pilots visited the park to conduct autograph and photo sessions with their fans.

Food court was provided for visitors. The highlights of the air race were shown on a big screen. Visitors were able to have a rest in a comfortable and relaxing atmosphere.