Phygital Games kicked off in Kazan 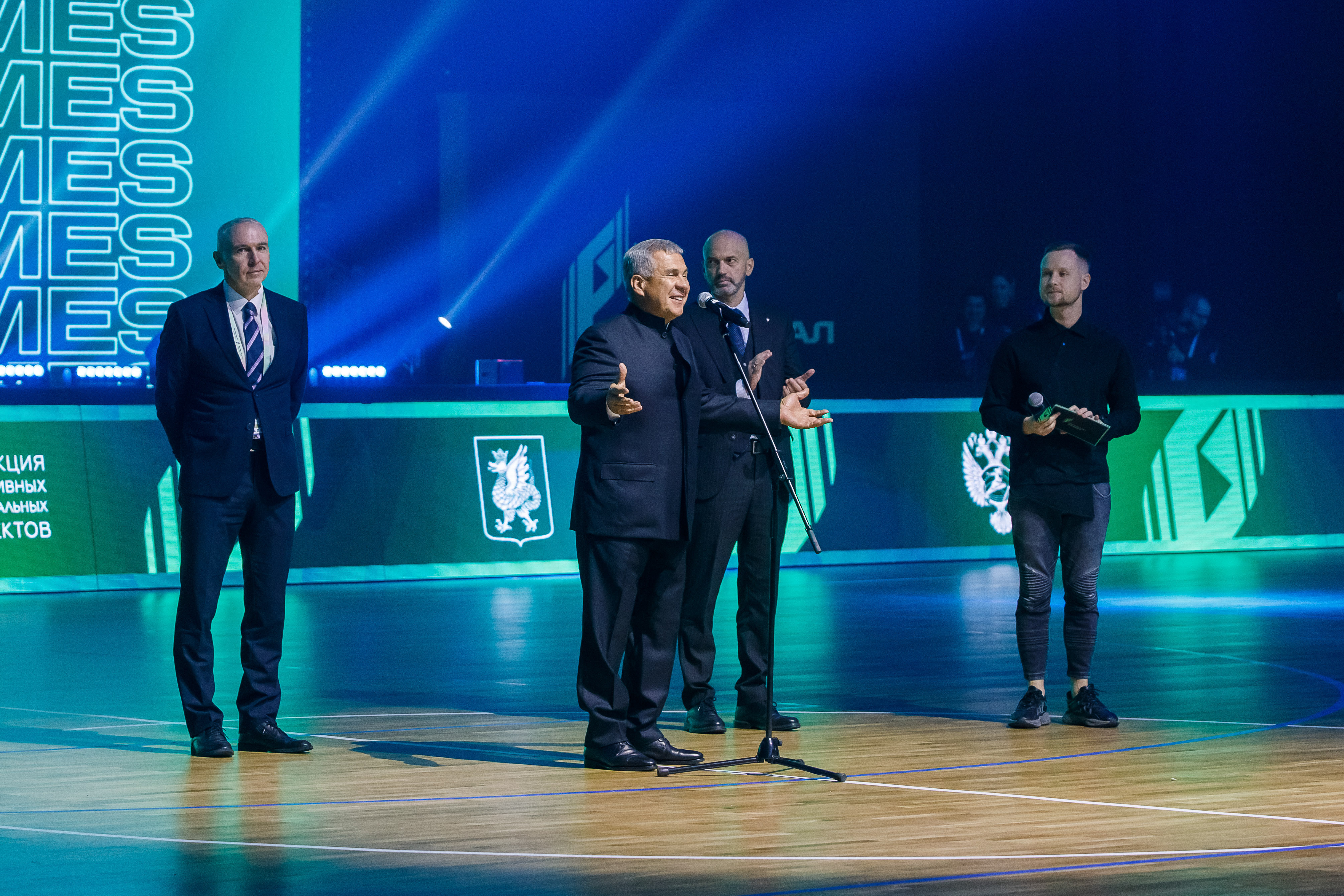 First Phygital Games kicked off in Kazan. Competitions featuring the athletes from Russia, Belarus, Brazil, Turkey, and Bulgaria will be held at the Kazan Expo.

On 21-23 September 2022 participants will be competing for the championship in four disciplines: phygital football (FIFA + futsal), phygital basketball (NBA + basketball 3×3), Beat Saber – VR game, where a competitor has to break the geometric figures to the rhythm and gain scores, and drone racing. Tournament is organized in the run-up to the first Games of Future scheduled for 2024 in Kazan. Host city was announced upon the results of the bidding campaign, in which over 40 regions of Russia took an interest.

“Kazan has extensive experience in holding large-scale sporting events, and Games hi-tech format poses interesting challenges. I am confident that upcoming Games will become not only a remarkable event in the field of sport and high technologies but will also turn into a big festival for the athletes and spectators. I do hope that Games of Future and Phygital Games will become another step towards the promotion of a healthy lifestyle,” President of the Republic of Tatarstan Rustam Minnikhanov noted.

“Many thanks to the Tatarstan President, his team for the organizaton of such Phygital Games tournament. We warmly recall the preparations for the Universiade 10 years ago, and now here comes a new epoch. I am assured the Games will go to the highest organizational and sports standards,” First deputy minister of sport of Russia Azat Kadyrov.

Phygital Games combine classic sport and cyber sport/VR/AR technology, since each discipline has a mixed phygital component (physical + digital). Benefit of such a format lies in the absence of the national identification. Clubs composed of the athletes of different nationalities may partake in the competitions. Amkal goalkeeper, famous blogger Fedor Maslov and Roman Titov (Match TV) will be the commenting the competitions.

Phygital basketball competitions will feature the teams from Moscow, Saint Petersburg, and Minsk. The current European NBA 2K champion – Current Gen Nikita Savchenkov – along with the players of the Russian junior and youth teams Artem Chebotarev and Daniil Stebakov will visit Kazan. Athletes from Russia, Turkey, and Bulgaria will met at the drone racing starting lane.

Phygital Games will be exclusively streamed on VK platforms – VK Play and VKontakte. Follow the link to watch the competitions ссылке. All Phygital Games will take place at the Kazan Expo.  Free tickets are available after the registration on the website following the link https://kzn.kassir.ru/bilety-na-sportivnye-meropriyatiya