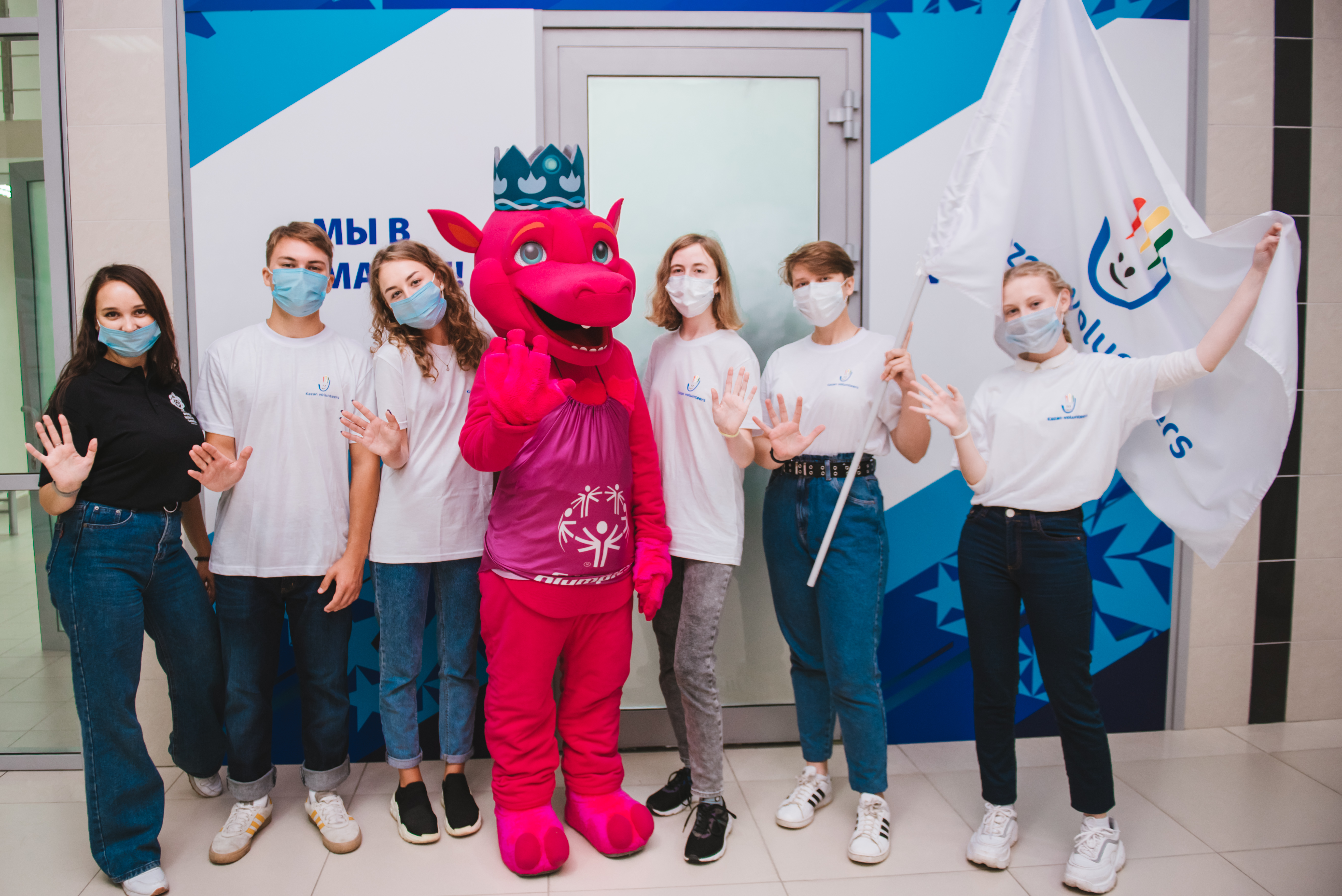 It was attended by the athlete of Special Olympics in Tatarstan – floorball player Vyacheslav Turin, Director General of the ANO “Directorate for Sports and Social Projects” Maksim Denisov and Acting Rector of the Volga Region University Rafis Burganov.

Vyacheslav Turin shared, “Special Olympics is the event I am very much anticipating.” Volunteers do provide great assistance to the organisers at these events. Together we will turn the Games into a holiday.”

We are happy to remind that within the recruiting campaign for the SOWWG there should be selected 2,250 volunteers out of 4,500 applications submitted. Recruiting campaign has been running online over a couple of months. From now on the interviews with volunteers-to-be will go on offline.

Candidates may have an in-person interview in the recruitment center to join the volunteers’ team for the Games. The new facility consists of several areas with a precise route to follow – from the waiting area to the interview booth. Administrator welcomes the candidates, verifies their data indicated in a personal account and guides to the interviewing area. The interview itself lasts about 30 min. Within this time, a recruiter clarifies the candidate’s interests and skills, checks their English proficiency and picks the most suitable position. Nevertheless, the final offer for the volunteer position is distributed to the volunteers after everybody who had submitted the application passed the interviews.

“Recruiting is the most significant stage of the volunteers campaign, in the course of which each candidate is being interviewed: their preferences are revealed along with their skills, competence, experience, command of the English language. Upon the interviews results, the best matching role is picked up for a candidate,” Maksim Denisov explained. “It is amazing that our volunteers have obtained their home that will bring together the volunteers of not only upcoming Special Olympics Games but other competitions to be held in Kazan as well,” the Directorate CEO made an emphasis on.

Acting Rector of the Volga Region University Rafis Burganov has noted that many of those attending the ceremony are the “veterans” of a volunteers movement as its formation commenced over 10 years ago – back in the run-up-to the Summer Universiade in Kazan. “I reckon our future freshmen will have a chance to join in the Special Olympics volunteers movement right after they enroll,” acting rector said. This event is voluntary in its essence. It will change the participants’ attitude to themselves. We need to know how to enjoy the life to have more good in it”.

It is known that within the World Winter Games the volunteers will be engaged in over 20 functional areas, among which are sport, IT, event and medical services, DALs, media liaison, arrivals and departures, protocol and many others. Volunteers will be categorized by: FOP volunteers, DALs, volunteers of service-related functional areas. Selection of voluntary assistants will last until October 2021 and will be followed by the trainings for the selected candidates.