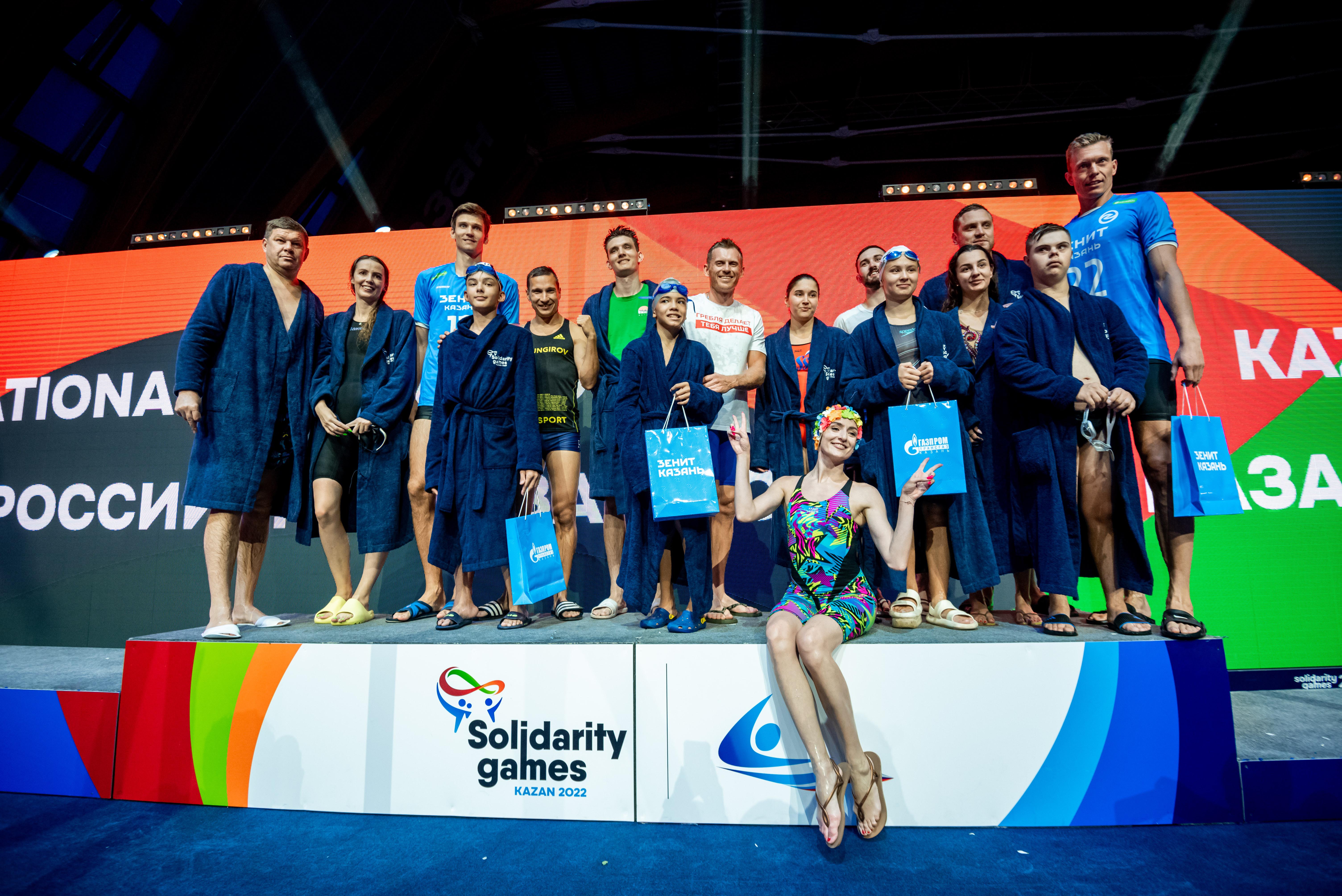 A swim featuring the sports and TV celebrities along with future Paralympic athletes took place within the “Solidarity Games” international competitions in Kazan. Teams named “Sport”, “World”, “Solidarity”, and “Legends” raced in the mixed 4x50m freestyle relay, giving the audience a lot of smiles and positive emotions. As its main objectives the swim set the development of inclusion in swimming and promotion of this sport in Russia.

“Sport” team casting Postrigay, Zuev, Salyamova, and Fatkhullin claimed the first place but star swim had no losers, as everyone enjoyed it – both participants and spectators.

“I really liked it. I had some fear before the swim but the team supported and helped me,” Radmir Fatkhullin shared his impressions.

“Sport should unite. I am always happy to introduce children to sport, to bring something good, bright, and sporting to the youth. I did like it! I’ve never taken up swimming but it is probably the most involved sport in my life. If there are daredevils, then we are ready to give master classes in volleyball. Many thanks to the organisers for such a show. We need to introduce this format into other sports,” Zenit player Denis Zemchenok commented.

“We need to do such things more often within the framework of competitions in various sports – be it skiing, be it biathlon. This draws fans’ attention and it’s a huge thrill!” Dmitry Guberniev declared.