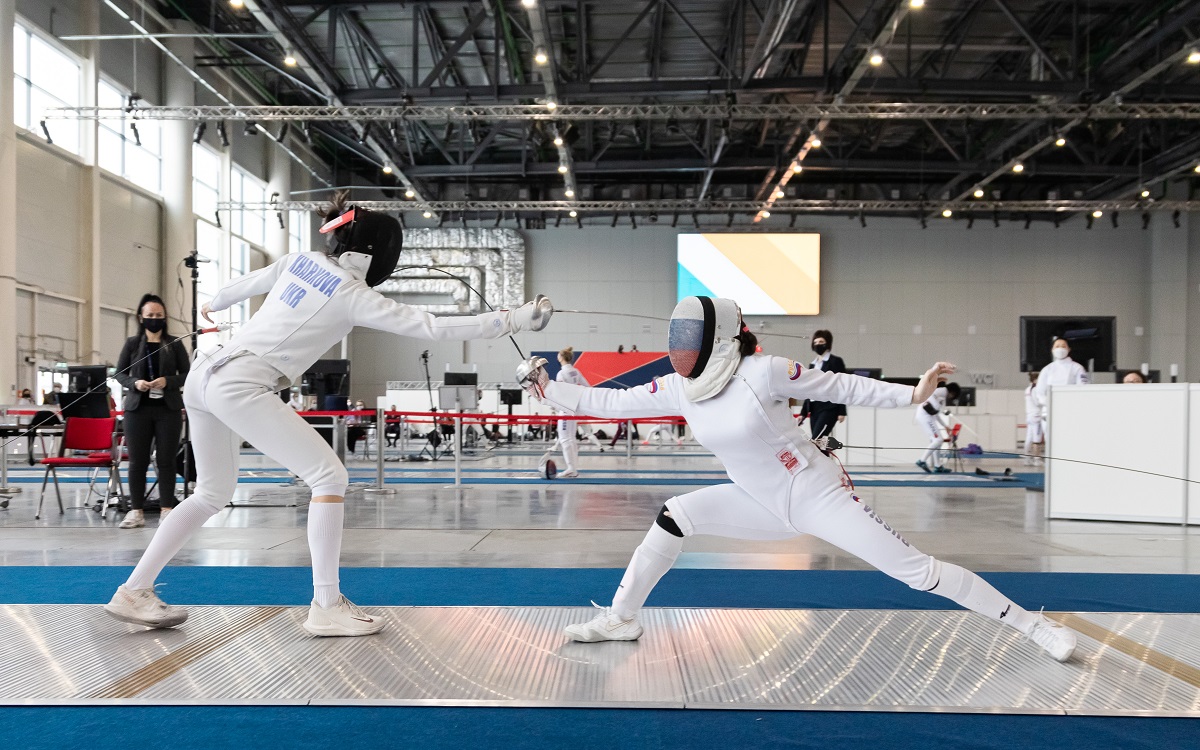 The FIE World Cup leg in Epee goes on in Kazan.

Saturday events defined all participants of the main tournament among women at the FIE World Cup Leg in Kazan. It didn’t come without the surprises and even astounding results, to some extent, when the highly ranked female fencers yielded to the less titled opponents but it may be accounted for a long-term break, which occurred in the 2020 calendar.

“I have been training for the tournament for 8 months, which is quite hard for the athletes, since we haven’t had the competitions throughout this time. We’re happy the tournament is held in the lead-up to the Olympics. The event organisation in Kazan is perfect,” Romanian fencer Alexandra Predescu told.

“I’m tuning myself for the successful fights. Today’s goal is to make it through to the Round 64. We’ve been missing fencing, so we’re happy to see everybody now. I’m both anxious and elated at the same time,” female fencer Ulyana Balaganskays from Kazakhstan noted.

On Sunday the first seed of the tournament Ana Maria Popescu from Romania will commence the Epee in Kazan with a fight with Noemi Moeschlin from Switzerland. Japanese Honami Suzuki will oppose Brazilian Nathalie Moellhausen (No.2), and Sun Yiwen from China will meet Vikte Azukaite from Lithuania.