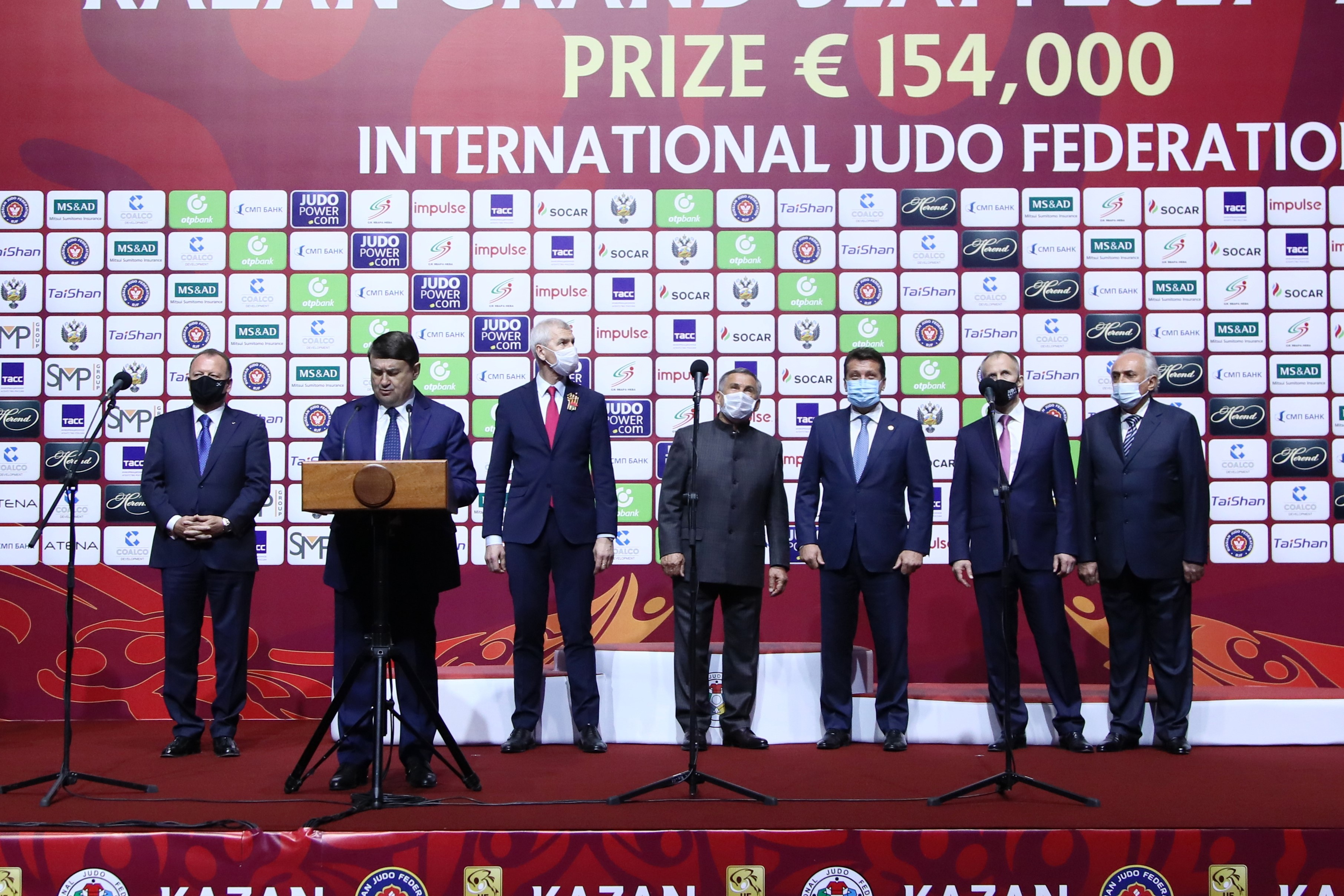 The opening ceremony of the World Judo Tour “Kazan Grand Slam 2021” was held at the Tatneft Arena Ice Palace.

“We sincerely welcome you to the Republic of Tatarstan, to our millennial capital – Kazan. We are honored to host such a significant sporting event. Judo is one of the most popular sports among our youth. More than 4,500 people are engaged in this sport in Tatarstan, and this number is increasing. I am confident that these competitions will be held at the highest level. We have a huge dream to host the World Championships in Kazan,” Rustam Minnikhanov said.

Aide to the President of the Russian Federation, Igor Levitin, read out Vladimir Putin’s welcome address to participants and organizers of the tournament.

“Russia is honored to stage such a prestigious and high-profile competition and we are entitled to host the tournament for a good reason. In our country there has always been a high interest in this spectacular, dynamic sport, in its unique history and philosophy. It is my strong belief that this tournament will become a large-scale, landmark event, attracting genuine attention of experts and numerous judo fans,” Vladimir Putin said in his welcome address.

Oleg Matytsin thanked the organizers of the tournament in Kazan.

“We wish athletes health, good luck and spectacular victories on this hospitable arena. Let me thank the International Judo Federation for entrusting us with the right to host such a tournament a few months before the start of the Olympic Games. I would like to express my gratitude to the Republic of Tatarstan for the high level of organization of this event. I wish all athletes and their coaches bright performances, health and good luck,” said Oleg Matytsin.

“It is a great honor for us to host such a tournament in Kazan at these hard times. I am grateful to Kazan for a brilliant organization of the tournament,” stressed the President of the International Judo Federation.

On Thursday, athletes will compete for four sets of medals.