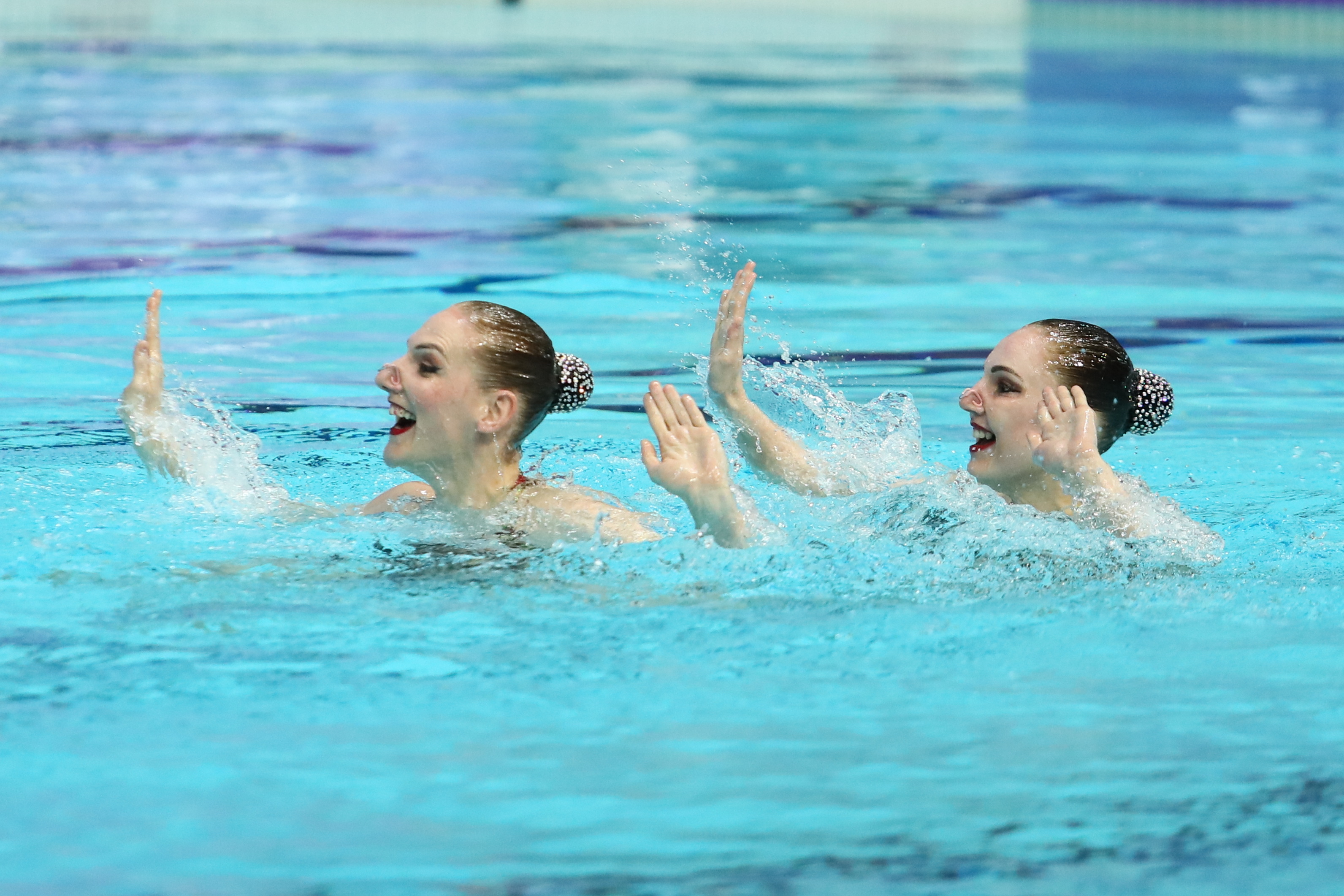 Alexander Maltsev and Maya Gurbanberdyeva finished first in the mixed duet with a routine performed to Evanescence song – Bring me to life (92.5174). Silver went to the Spanish duet Pau Ribes and Emma Garcia – 85.0703, while bronze was earned by Viktor Druzin and Karolina Ivanova from Kazakhstan (72.0702). Alina Mantulenko and Mikhail Vasiliev, who represented the Russia-2 team, collected 86.2774 points but their result was not taken into account in the overall standings.

“Our goal was to improve the performance in comparison to Budapest. If we rely on our own assessments, we have improved a little, and we feel happy with the way we have performed the routine,” said Alexander Maltsev.

“We are glad that international artistic swimming tournaments are being held again. We have performed last year’s Witch Hunt routine. We like it. Here in Kazan there are very strong competitors, but we performed well. We still have a lot of work to do,” said Emma Garcia.

The audience was looking forward to performances by Olympic champions Svetlana Kolesnichenko and Svetlana Romashina, who presented a routine performed to the Russian song Kalinka by Little Big.

The athletes plan to perform it at the Tokyo Olympics, and the premiere was a success. They won gold (96.1017), finishing ahead of the Japan’s Megumu Yoshida and Yukiko Inui (91.6111). Bronze went to Nevena Dimitrijevic and Jelena Kontic from Serbia (77.7153). The fourth place was taken by the Bulgarian team.

“We are very happy that the competition has resumed and it is even more pleasant that it takes place on home soil. The audience in Kazan welcomes us very warmly. As the coaches told us, everything was quite successful for the first performance. There was a rather long break between the competitions, but everyone is happy,” Svetlana Romashina said after the performance.

“It is a great honour for me to be here. Just like most athletes, we haven’t competed at international competitions for a year. I am very happy that such tournament takes place in Kazan. We have been presenting our routine since last year; this is our first joint tournament. It was not easy at first, but we are improving. It’s hard for us to compete against other duets, but we try to make progress,” said the Bulgarian artistic swimmer Dalia Penkova.

Gold in the group event was earned by the Russian national team, which included Marina Golyadkina, Maria Shurochkina, Aleksandra Patskevich, Vlada Chigireva, Svetlana Romashina, Svetlana Kolesnichenko, Polina Komar and Alla Shishkina. The team collected 96.7548 points, while the Japanese team managed 91.4460. For Aleksandra Patskevich, the competition in Kazan was the first after she gave birth to a child.

“It’s hardest for Aleksandra, because firstly there was a big break, and secondly there was a birth of a child. And she managed, did not let the team down,” said head coach of the Russian national team, Tatyana Pokrovskaya.

On the second day of the World Series leg in Kazan, free solo, mixed duet, duet and group events will take place.