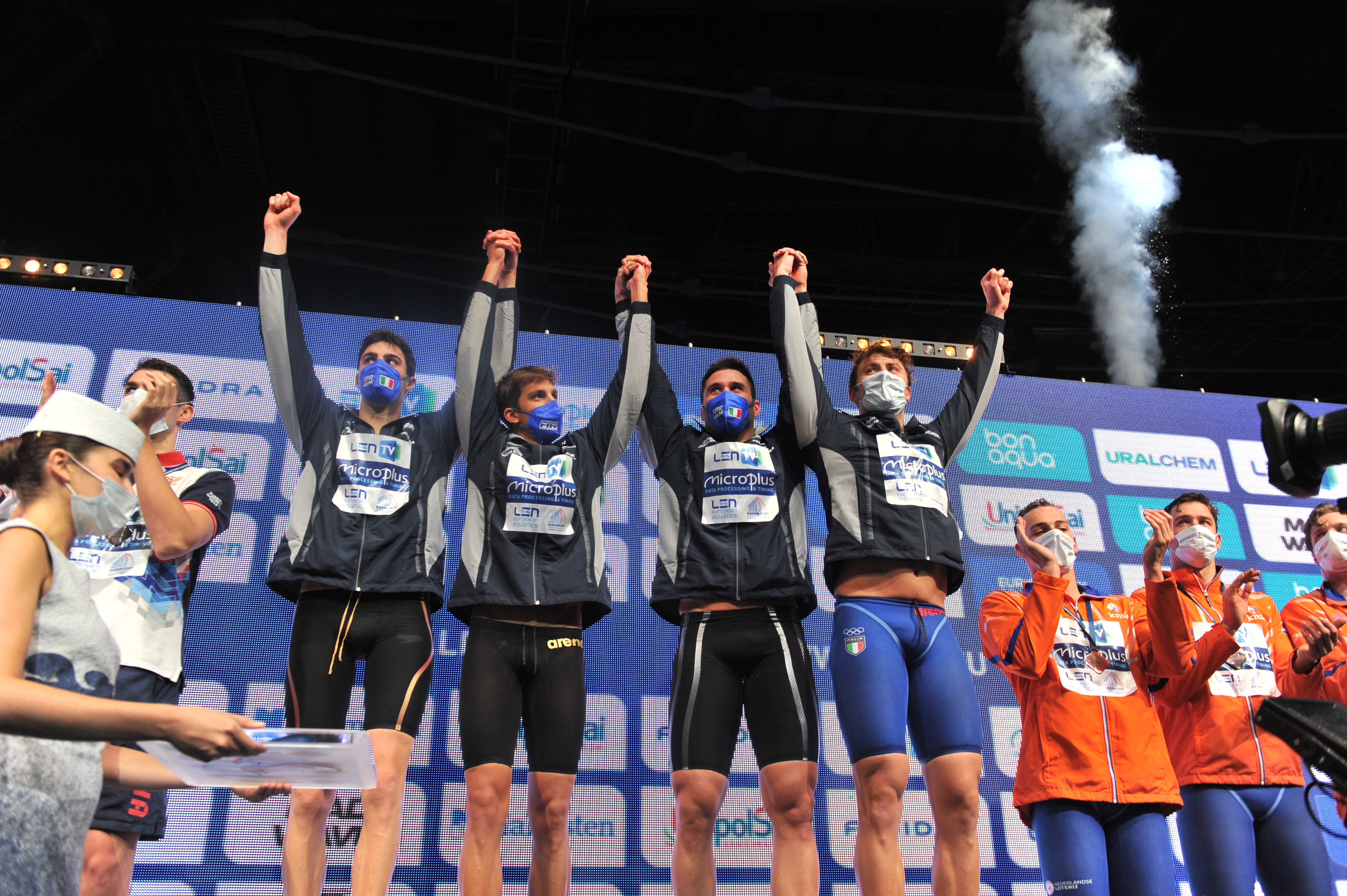 The LEN Short Course Swimming Championships goes on in Kazan

Szebasztian Szabo got used to the Kazan water at the World Cup leg and keeps a run of success at the Aquatics Palace. He became the European champion at 100m butterfly having outscored the immediate competitor by 0.1 seconds.

“Today I swam several distances, and after 50m semifinals I was going to swim 100m butterfly at my own pace. I am delighted that I managed to beat everybody at the finish line and claim gold,” Szabo said.

“Two medals a day is a great achievement that I am very happy with. I’ve finally swum out of 50 seconds that didn’t come off before,” Michele Lamberti emphasised.

Multiple world champion Simona Quadarella was content with her silver at 800m freestyle, because today Anastasia Kirpichnikova was second to none in this race. She kept the lead from the very first meters and set a new personal record.

“Everything turned out as I had planned, and I am very pleased with my victory. The world record is only 5 seconds away. Why wouldn’t I think about it,” Anastasia Kirpichnikova shared her impressions.

“This is my first silver at the European Championships, I showed the time close to my personal best. It means a lot to me,” said Simona Quadarella.

Michele Lamberti still won his gold on Wednesday. He was going head-to-head with Kliment Kolesnikov on his fifty-meter in the 4x50m relay, while his teammates NicolòMartinenghi, Marco Orsi and Lorenzo Zazzeri were able to build a lead over the Russian national team and win. What’s more, the Italian national team triumphed with a new world record! Russian swimmers set the previous onehaving held it since December 2017.

“This morning we joked about breaking the world record. We knew that we could handle this. All races turned out amazing. The world record is what we’ve dreamed of,”Nicolo Martinenghi exclaimed.

”This is an unforgettable day for me and it could not endbetter. The world record is something incredible. I’ve gotan amazing feeling,” told Michele Lamberti elated by success.

On Thursday, Kazan’s Aquatics Palace will hold the medal events in 200m backstroke, 200m butterfly, 100m individual medley for women along with 50m and 1500m freestyle, 100m breaststroke for men. 4x50m medley is also scheduled for this day.