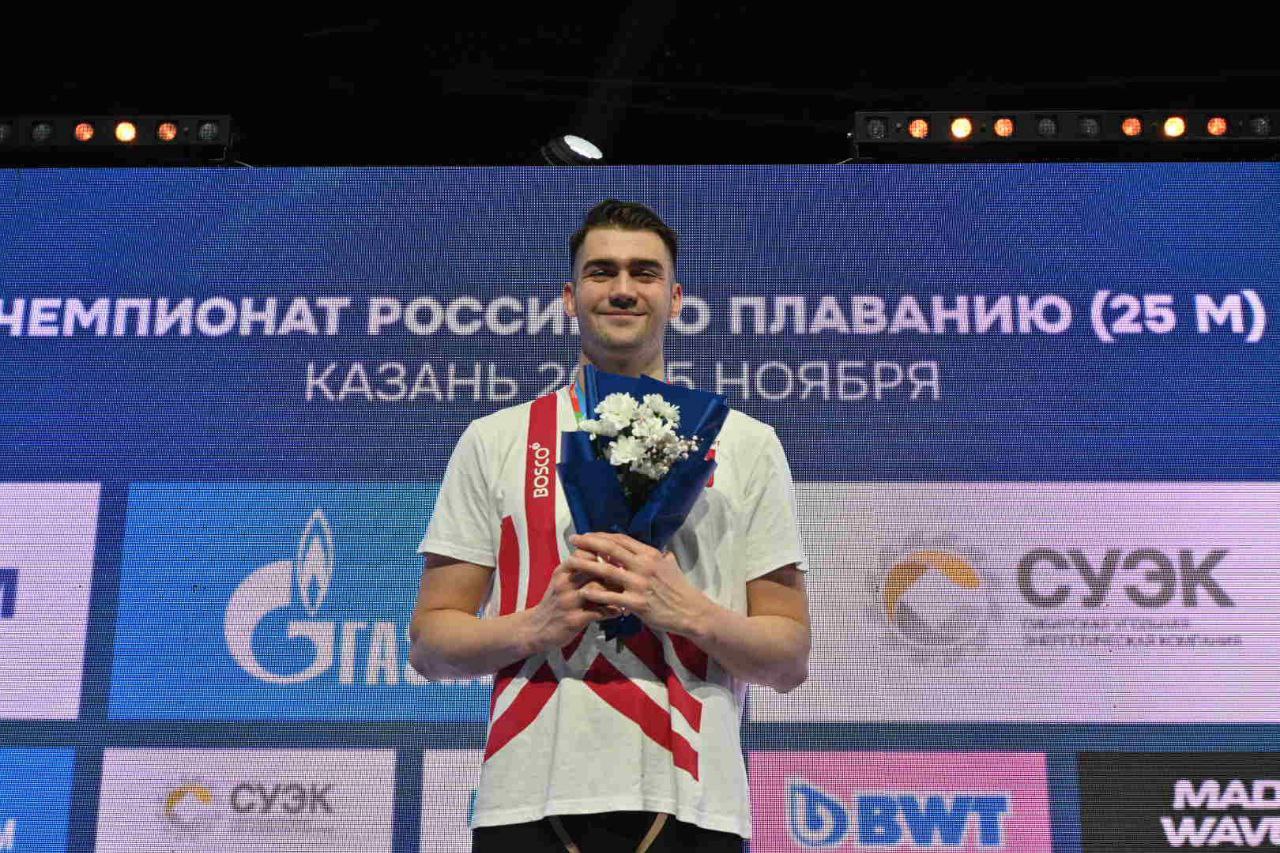 Russian swimmer Kliment Kolesnikov set a world record (22.11) in 50 m backstroke at the Solidarity Games. He beat the result achieved by a Frenchman Florent Manaudou in 2014 (22.22).

“World records need to be set, they need to beat and one always needs to strive for progress. I had my mind set on it but it was no obsession for me. My swim in the relay today was faster than yesterday so I could tell from my spirits that I could do it. I hope that this record will not be broken so quickly. I am satisfied, all things considered. I am quite satisfied with the way I set my mind on it, the way I trained and I made it,” Kliment Kolesnikov said sharing his emotions.

“It’s never easy, but this time the distance was especially hard. Maybe I felt sorry for myself a little bit along the way so I didn’t show the performance I’d wanted. The distance was hard so I couldn’t overcome myself at some point and gave some ground. It may have turned out OK, but I feel like I could have put in more effort,” Aleksandr Stepanov noted.

“To put it mildly, I’m still shocked. This was a sprint. A touch is the most important thing here. I need to collect myself first, I think. I haven’t realised my win yet,“ Aleksandr Obsharov told.

Two records were set in the women’s 50 m butterfly swim. Winner Arina Surkova demonstrated the best result in the history of the country (24.84), while Daria Klepikova, who came in third, broke the junior record of Russia. Nika Godun scored the best result in the 100 m backstroke (58.68) and Maria Kameneva took the first place in the 50 m backstroke (26.05); the latter result also breaking a Russian record.

“I did want to break the Russian record, but it was hard to believe I could do it after yesterday’s 100 m swim. I swam, I got some rest and everything came off. I wanted to even show a result a bit better. I know I can swim faster,” Arina Surkova declared.

“I like everything at “Solidarity Games” – light, music, people”