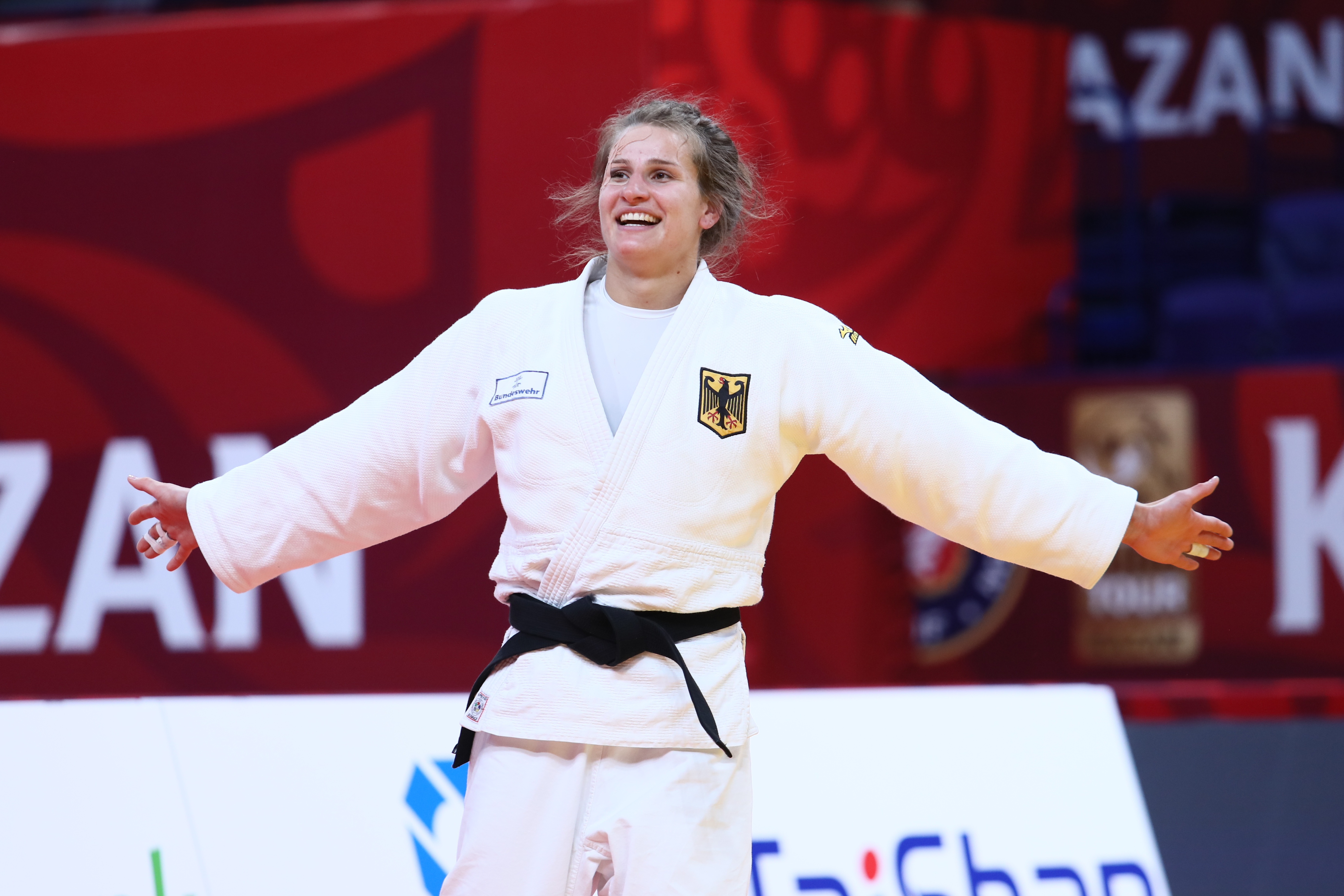 Germany’s Anna Maria Wagner topped the podium in the women’s -78kg event; earlier in February she already earned the champion’s title at Grand Slam in Tel-Aviv. In the final she managed to beat Natascha Ausma of the Netherlands, who in turn grabbed gold medal at the Tbilisi tournament in late March.

“The final was the toughest fight at the tournament. I’m glad it ended so quickly. Honestly, I thought the fight would drag on. I came here to Kazan with a single purpose – to win gold medal and I’m glad that I have achieved it. Now I want to win at the Olympics!” said Anna Maria Wagner.

French judoka Romane Dicko became first because of an injury of Maryna Slutskaya (Belarus) and won her second Grand Slam gold in 2021. She previously earned the title in Tel Aviv.

“I wanted to show everything I am capable of before the Olympics, as this is the final tournament before the Tokyo Games. It was a good workout for me. The tournament was very important as it provided food for thought. As for the Olympics, I’m aiming for the spot on the podium,” said Romane Dicko.