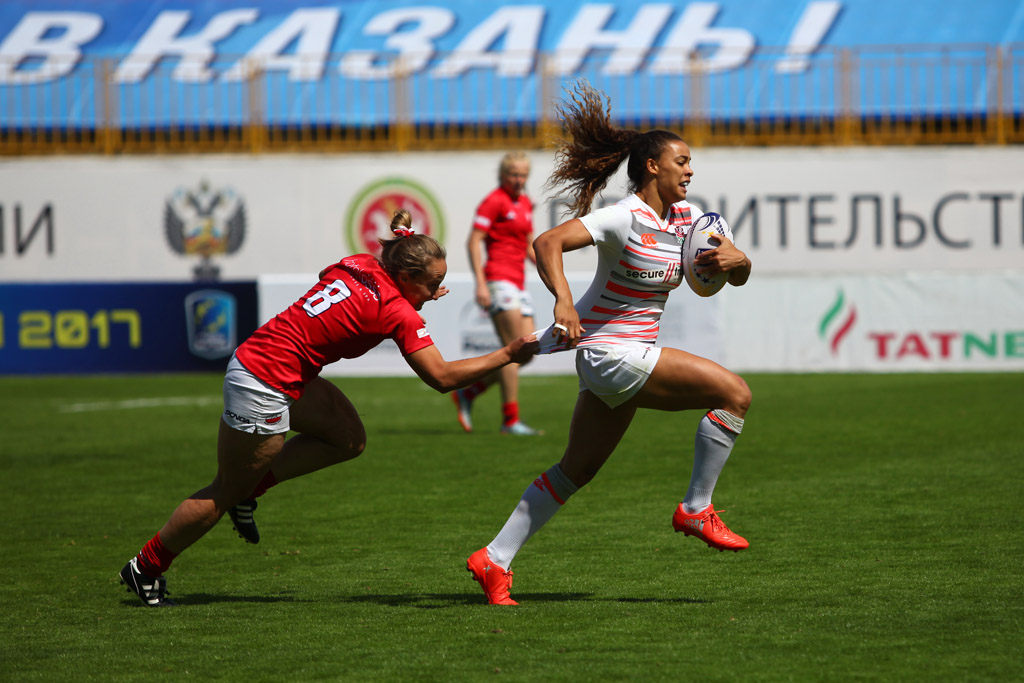 The second leg of the Rugby Europe Women’s Sevens Grand Prix Series took place at the Central Stadium (2a Tashayak St.) on 8-9 July 2017. Teams representing 12 European countries came to compete in the capital of Tatarstan. 6 international and 20 national judges evaluated the competition.

The Tatarstan capital has vast experience of successfully preparing and delivering major international sporting events, including European and world championships in a variety of sports and the 27th Summer Universiade where Russia’s men’s and women’s rugby sevens teams claimed top podium spots.

2017 is a special year for Kazan rugby. Exactly 50 years ago, in 1967, the first training sessions of Kazan rugby players took place in the capital of Tatarstan. The sport started gaining popularity ever since; first rugby teams representing the city and the republic’s major universities were created at the time. Today rugby becomes more and more popular among citizens of Kazan, and hosting of the Rugby Europe Women’s Sevens Grand Prix Series only contributes to its promotion.