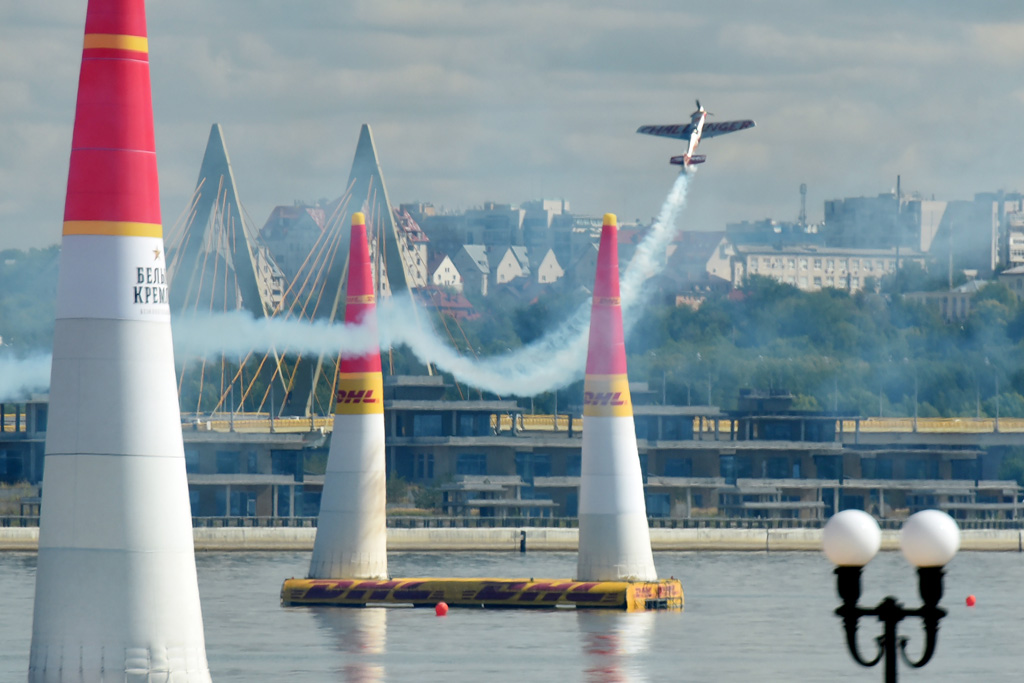 The fifth stop of the Red Bull Air Race World Championship 2018 took place above the water area of the Kazanka River between the Millennium Bridge and the Kremlyovskaya Dam, Kazan on 25-26 August 2018. 14 Master Class pilots and 6 Challenger Class pilots competed in the race.

A unique Activition Zone was available for spectators during the championship in Kazan.

In the Activition Zone, spectators had the opportunity:

The event has been held across the globe for more than 10 years. The first race was held in 2003 during in Zeltweg (AUT). After two years of successful staging in Hungary, Great Britain and the USA as a championship, the race was granted the World Series status. The first competition in this format was held in 2005 in seven cities across the globe.

The Red Bull Air Race is renowned as the fastest and most exhilarating motorsport on the planet. The most talented pilots compete in speed and accuracy, navigating the agile and lightweight racing planes. Pilots hit speeds of 370 kmh while enduring forces of up to 10G as they navigate a slalom track marked by 25-metre-high, air-filled pylons, known as ‘air gates’. The pilot with the most points after the last race of the season becomes the Red Bull Air Race world champion.

Kazan will host the championships for the second time – in July 2017 for the first time ever the air race came to Russia, to the capital of Tatarstan. The event was a huge success among the citizens and guests of the city: approximately 90,000 spectators came to see the breathtaking courses and to listen to the roar of the powerful engines. After the brilliant debut in Russia, the Red Bull Air Race comes back to the capital of Tatarstan in 2018.