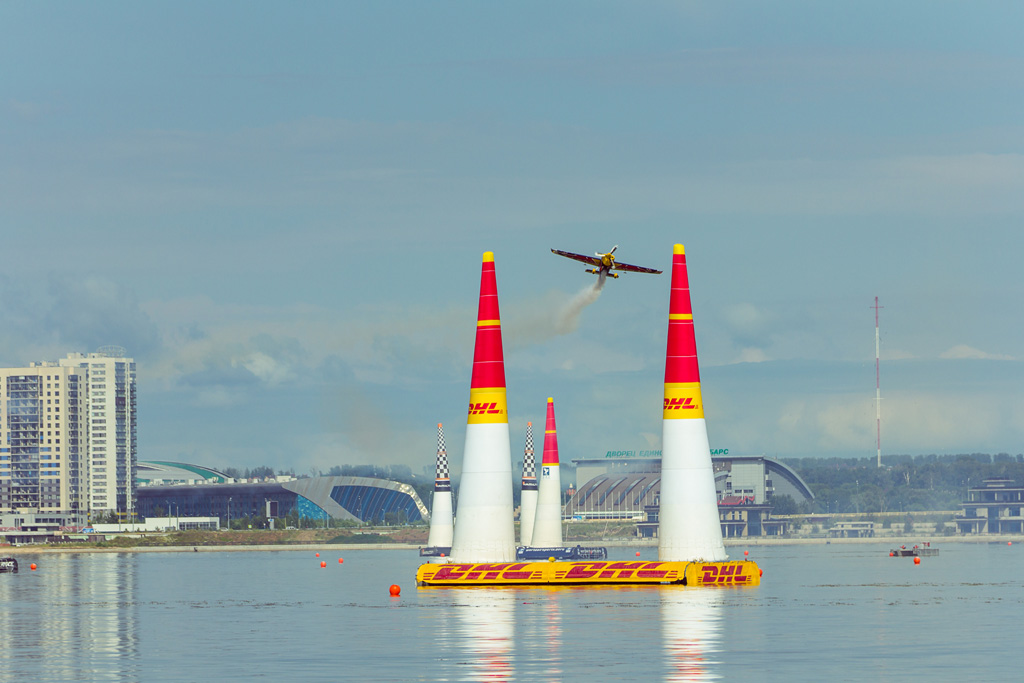 The 5th stop of the Red Bull Air Race World Championship 2017 was held above the water area of the Kazanka River along the Kremlyovskaya Embankment, Kazan on 22-23 July 2017. Despite the 10-year history of the World Championship, this was the first time ever the air race came to Russia.

The aerial racetrack of the Kazan championship was located over the Kazanka River providing a great view of the Kazan Kremlin. The runway strip was situated at the Kazan Ring Motor-racing Track. 14 pilots, including the defending champion Matthias Dolderer (GER) were competing this year for the title of the 2017 Red Bull Air Race world champion.

The championship is organised by Red Bull GmbH. The first race, held in 2003 during the AirPower Airshow in Zeltweg (AUT), was received with great acclaim. After two years of successful staging in Hungary, Great Britain and the USA as a championship, the race was granted the World Series status. The first competition in this format was held in 2005 in seven cities across the globe.

The Red Bull Air Race is renowned as the fastest and most exhilarating motorsport on the planet. Using the most agile, lightweight racing planes, pilots hit speeds of 370 kmh while enduring forces of up to 10G as they navigate a slalom track marked by 25-metre-high, air-filled pylons, known as ‘air gates’. Points are awarded at the end of the race to the pilot finishing in the fastest possible time with the fewest penalty seconds. The pilot with the most points after the last race of the season becomes the Red Bull Air Race world champion.

In 2017, the World Series features eight stops in seven countries: the UAE, the USA, Japan, Hungary, Russia, Germany and Portugal and celebrates two anniversaries at once: Red Bull GmbH marks the 75th Red Bull Air Race of the World Championship and the 10th consecutive season opener in Abu Dhabi (UAE).

Kirby Chambliss of the United States won the title in the fifth stop of the Red Bull Air Race, Class Master. The winner in the Challenger Class was Kenny Chiang from China.