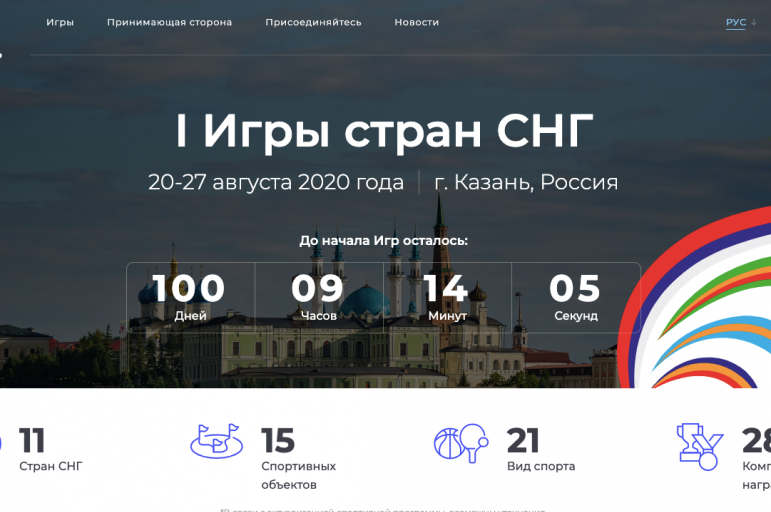 The official website of the First CIS Games has been launched. The Games are expected to be held in Kazan this year. The website is available at https://ciskazan2021.com/. It supports two languages – Russian and Tatar.

It contains general information on the Games and their symbols, host country and host city, Organizing Committee and ambassadors of the Games. The website also includes the latest news on the preparation for the Games. Moreover, there are pages describing the Games accreditation procedure and providing information on partner and volunteer programmes of the competitions.

15 sports venues will be used for the competitions. Athletes will be accommodated in the Universiade Village.

The idea to stage the Games of the CIS countries was proposed by the Russian Federation. The proposal was supported during the meeting of the Council of CIS State Leaders in Dushanbe on 28 September 2018. The First Games of the CIS countries will be held under the auspices of celebrating the 100th anniversary of the Tatar Autonomous Soviet Socialist Republic (TASSR).