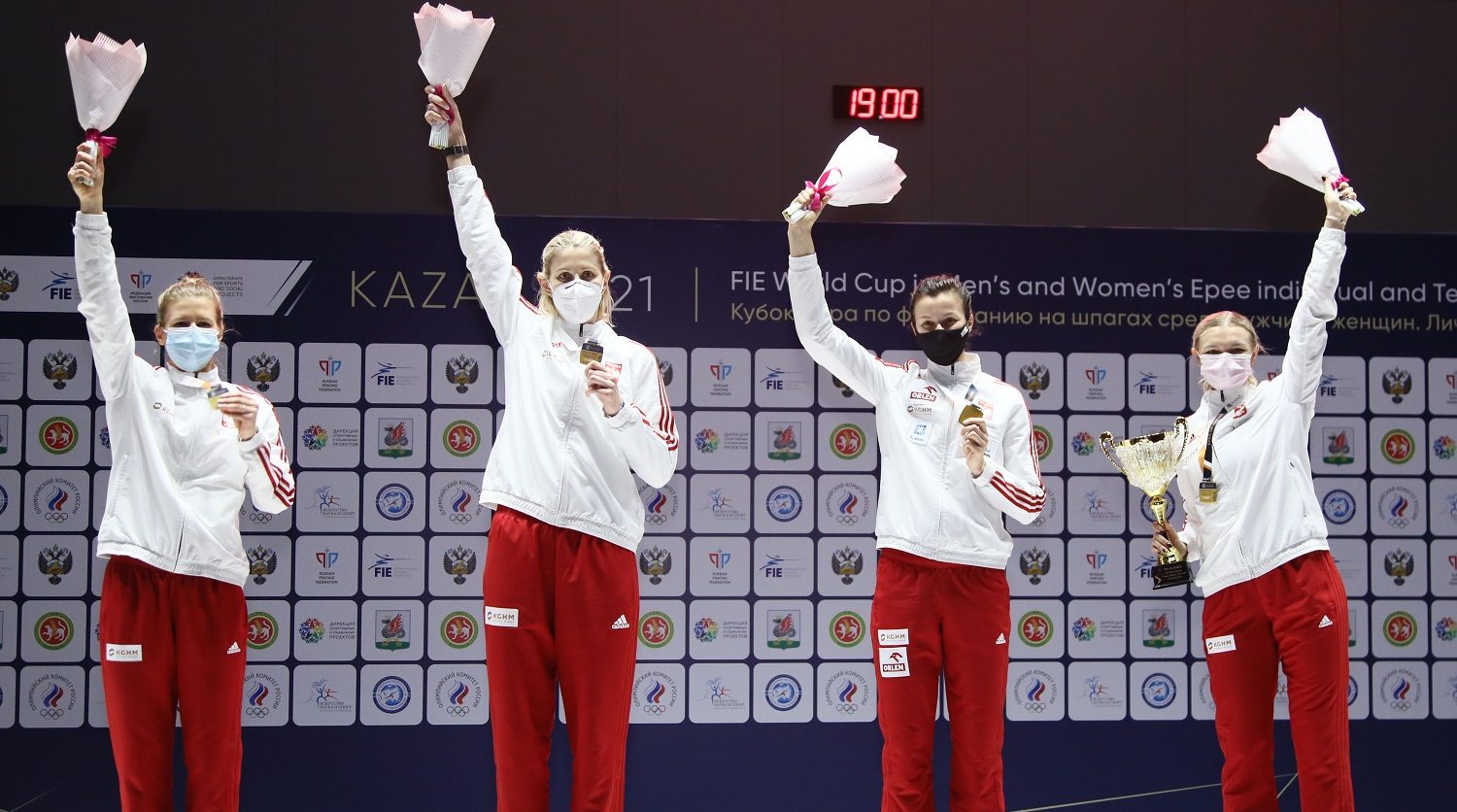 Female fencers from Poland took first place in the FIE World Cup leg in Kazan, silver is with the Republic of Korea, and China claimed bronze.

The gold of the FIE World Cup leg in Kazan together with the Olympic license was obtained by the fencers from the Polish women’s team. In the final, they confidently beat the Republic of Korea – 45:24. China took bronze and overscored the Russian national team in the third-place match – 40:24.

Quarterfinal had a harsh start for the Polish female fencers against the Hungarians. They were losing 22:16 after seven rounds but Ewa Trzebinska snatched victory from the jaws of defeat for her team in the final round. Russia did not have an easy round either. Tatiana Gudkova turned the tide of the match for the advantage of the hosts and they won through – 28:27. The teams of the Republic of Korea and China made it past Italy and France on their way.

In the semifinals and finals, Poland was difficult to stop. First, they overscored Russia – 34:24 and later in the final combat confidently beat the Republic of Korea. The champions’ joy was endless!

“I am so happy with our victory! We suggested that the tournament would be very hard, as due to the restrictions last year turned out uneasy trainingwise. So we are glad we managed to show what we are capable of. Hopefully, it’s a good sign in the run-up to the Olympics. Now we are officially in for Tokyo! It is just great. It is good that fencing competitions are back. Organization in Kazan is just perfect,” Ewa Trzebinska told.