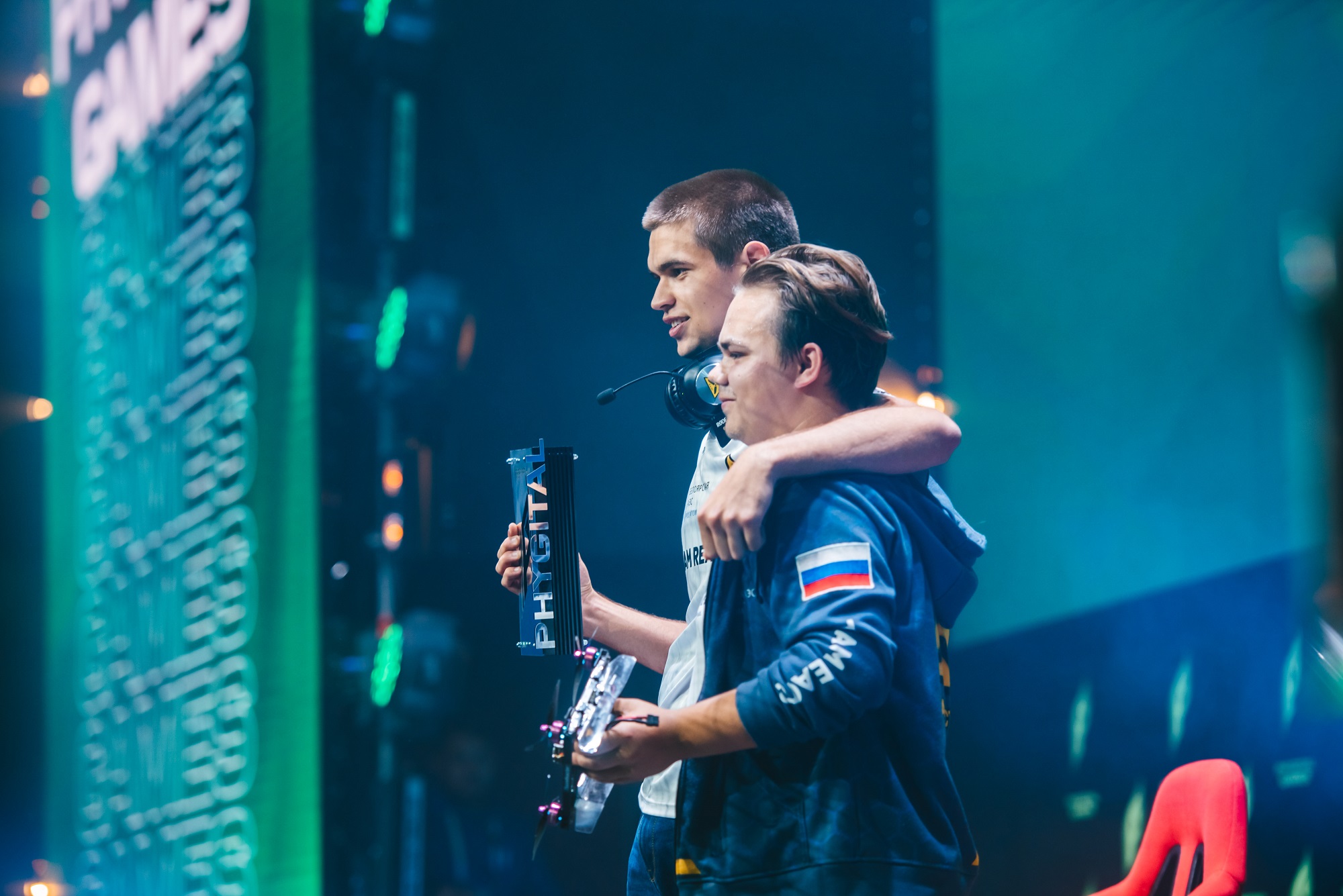 It is not by chance that drone racing is compared to the Formula 1 car races. Aircraft accelerate to 150-180 km/h, and pilots need to cover the distance along a certain trajectory. A lot depends on the team play, speed of the mechanics at the pit stop and definitely the skill of the pilots themselves. Eight teams and top athletes from Russia, Turkey, and Bulgaria gathered at the Phygital Games.

First semi-final featured Team Reactor, Drone Sports Global, DRD, and Balkansop from Bulgaria. Sadly, the Bulgarian team faced technical problems right at the start, so they could not cover a single lap. After 20 laps, the DRD team fell out, and Team Reactor and Drone Sports Global competed with each other almost head to head for sixty laps, but only the Team Reactor’s drone crossed the entire distance.

In the second semi-final, there were also early retirements from the race. Turkish APX Drone Team covered only two laps, not everything worked out for the Quadro Team and DRT-52, and only the Overpass Racing team with pilots Stanislav Kochkin and Vyacheslav Tsarev was confidently crossing the track. As a result, the race finished ahead of time, since Overpass Racing and Quadro Team secured their places in the final.

The decisive race did not consist of 100, but 50 laps, which only added up intrigue and unpredictability. And the race lived up to expectations. Three teams at once – Overpass Racing, Team Reactor, and Drone Sports Global –chased each other till the middle of the distance, so it was impossible to predict the race outcome. After the Drone Sports Global’s fall, Team Reactor came first, but after 25 laps, their drone collided with an opponent and got damaged. The problem was quickly settled down, but seemingly too much has already been missed. After the 33rd lap, the Overpass Racing pilots abandoned the struggle for victory, and on the 36th lap, the leading Drone Sports Global’s drone (pilot Gennady Fomin) got tangled in the net and failed to continue the battle. Team Reactor’s drone, operated by Vladimir Kamkin, finished alone and became the first winner of drone racing at the Phygital Games. Drone Sports Global won second place, while the Overpass Racing came third.

“During the first 25 laps, we had a head-to-head struggle, but then the guys, due to technical problems or fatigue, left the drones on the track unable to take off. This is a new format we have not participated in yet. This is the most interesting race I’ve ever seen,” Egor Trunov from the Drone Sports Global team said.

“The final was a very tough race, especially its first part. We made quick pit stops throughout the race and it helped us. The track itself was quite easy. There was a technical problem, and those who handled the way to solve to it managed to complete the race,” Team Reactor pilot Ivan Boyarinov told.