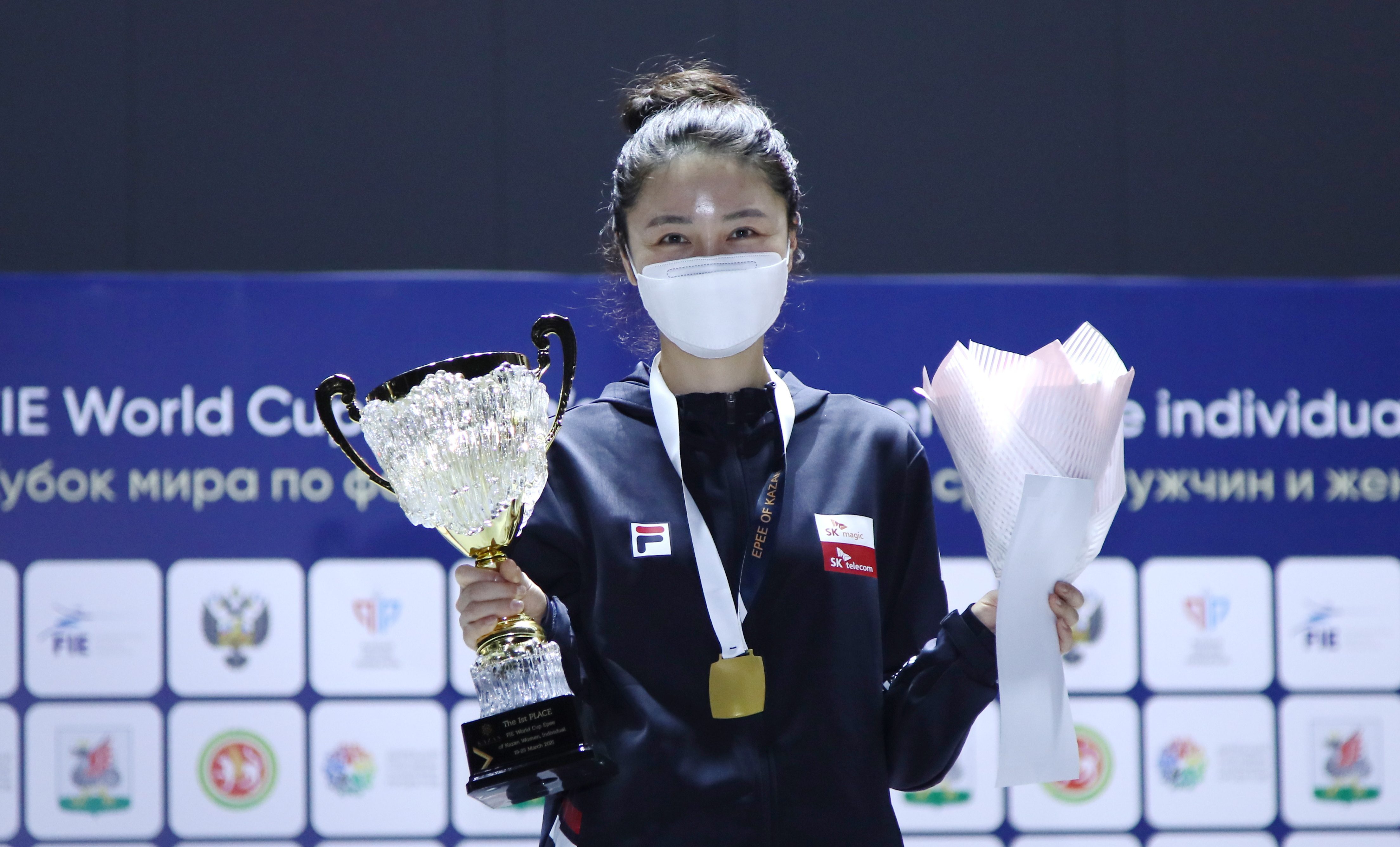 An Olympic prizewinner Korean Choi Injeong became the winner of the individual fencing tournament in the Epee of Kazan.

French Aliya Luty was the second on the awards podium, while the third place was split between Ricarda Multerer from Germany and Kang Mi Young from the Republic of Korea.

Defeat of the first seed marked the beginning of women’s events. Romanian Ana Maria Popescu could not get through the first round having lost to Swiss Noemi Moeschlin (13:15). The same happened to Italian Mara Navarria (No.5) – she lost to Julia Beljajeva from Estonia (10:15). Anxiety and lack of competition practice did not go easy even on the main favourites. In 1/8 final Brazilian Nathalie Moellhausen (No.2) dropped out, and French Aliya Luty who gained enough of practice during the qualification round, made her way to the finals, although she wasn’t among the top candidates in the beginning.

“I had a very hard day and met truly strong rivals. I am very happy and proud of myself. It took me a year sharp to get ready for the tournament. It has been a long while since the last edition of the official competitions in Budapest. Kazan is has done great job, although we understand how challenging it was to deliver this tournament,” Luty shared her emotions.

“Many thanks to the competition organisers! We have been waiting for the tournaments since last year. I am happy with my performance. Now I will move on to training for the Olympics!” Injeong Choi noted.

Women’s team events are scheduled for Monday and Tuesday.