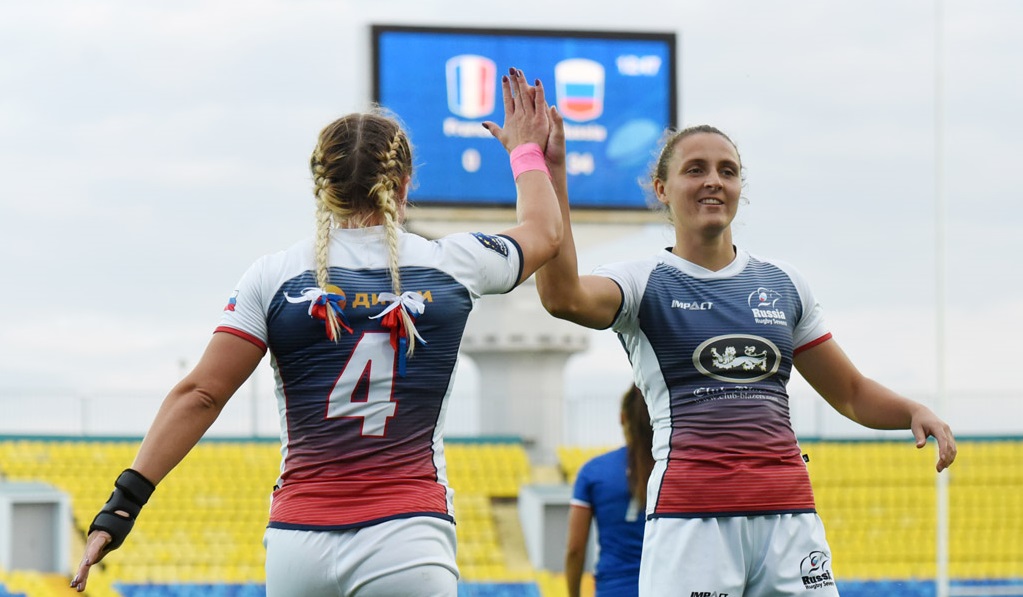 The second leg of the Rugby Europe Women’s Sevens Grand Prix Series took place on 1-2 September 2018 at the Central Stadium (2a Tashayak St.) in Kazan. The strongest women’s teams of Europe got together in the capital of Tatarstan to compete for the champion title. 6 international and 20 national referees officiated the event.

For the fourth time in its history, Kazan played host to one of the legs of the Rugby Europe Women’s Sevens Grand Prix Series. The championships were hosted earlier in the capital of Tatarstan in 2015, 2016, and 2017.

Date of publication:12 September 2018 21:09 Category: News stories
Video length: 00:00
Captains in close-up | What impressed rugby sevens athletes most of all in Kazan

Teams of 12 countries met during the second leg of the European Championships: Russia, France, Scotland, Germany, Spain, Poland, Wales, Belgium, England, Ireland, Italy, and Portugal. The first leg of the tournament had been held in late June – early July in France. The host team had claimed the crown in this leg. Russia had settled for the second place. Currently, these two teams are the main favourites of the series.