FINA flag handed over to Kazan in Abu Dhabi 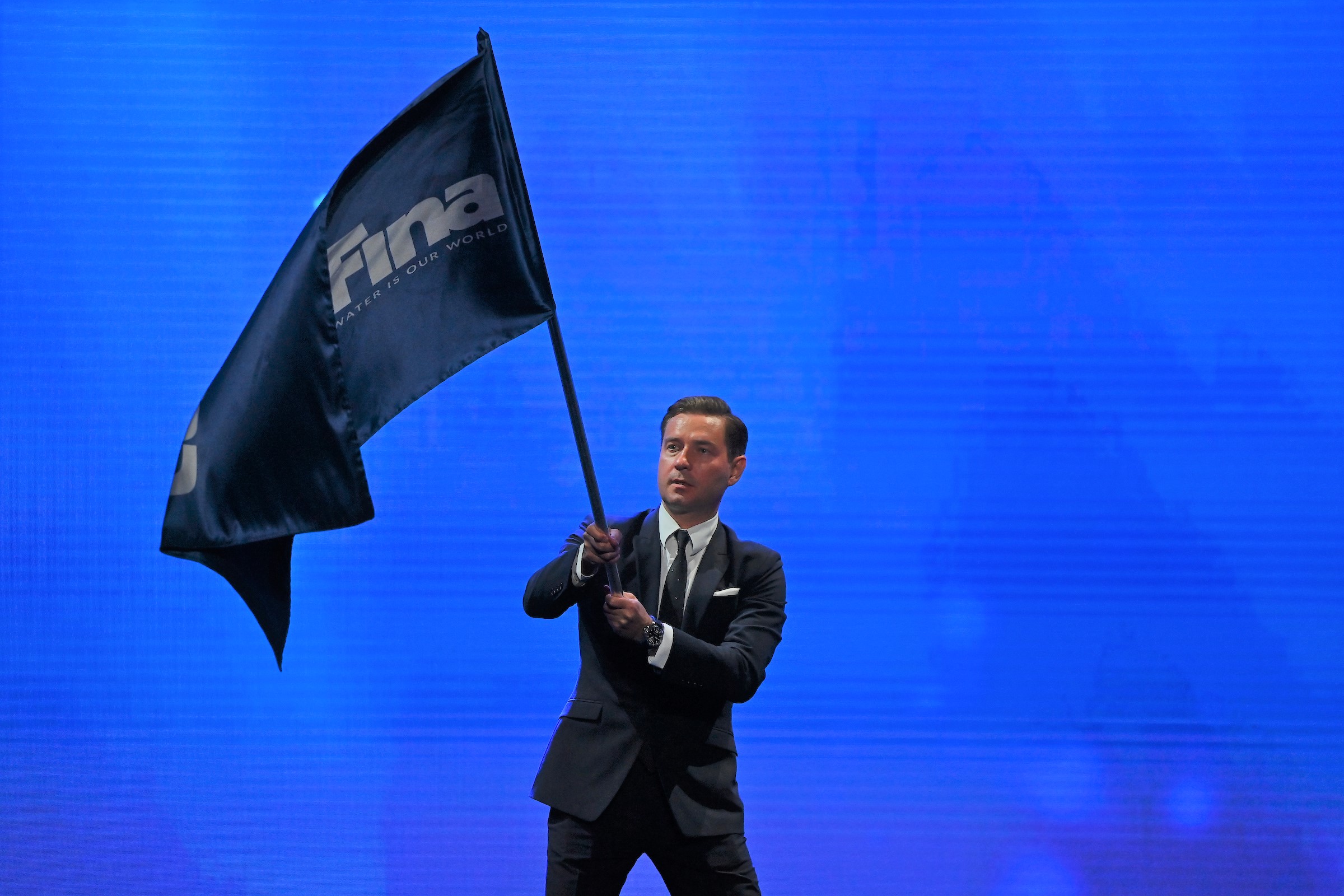 16th FINA World Swimming Championships (25 m) will be held in Kazan on December 17-23 at the Aquatics Palace. 1,200 athletes from 190 countries are expected to participate. As a symbol of the upcoming competitions, FINA flag was handed over to Kazan at the World Championships that recently concluded in Abu Dhabi.

Aquatic festival is planned to take place as part of the championships in Kazan. This activity was first implemented in Abu Dhabi in an experimental fashion that went over well with the audience. It is expected that the format of the aquatic festival around the World Short Course Swimming Championships is likely to be carried out in Kazan by integrating water polo, artistic swimming and diving.

What is more, event programme incorporates staging of the FINA World Aquatics Convention – a key business event in the world of aquatic events, which brings together FINA leaders, heads of continental and national federations, leaders of partner companies and sponsors, as well as companies manufacturing equipment for aquatic sports.

“It is a traditional procedure when, upon the event conclusion, the flag is handed over to the next host city. Due to the one-year postponement of the World Short Course Championships because of the pandemic, Kazan will be hosting it in December 2022. We have confirmed the dates and proceed with the preparations for the event. We will definitely think over a supplementary programme. As the competition will be taking place in wintertime, we will work out additional winter activities for both fans and participants. The championships is a kind of drawing conclusions, so all the elite athletes will come to Kazan and hopefully demonstrate their best results,” said Vladimir Leonov, Minister of Sport of the Republic of Tatarstan.