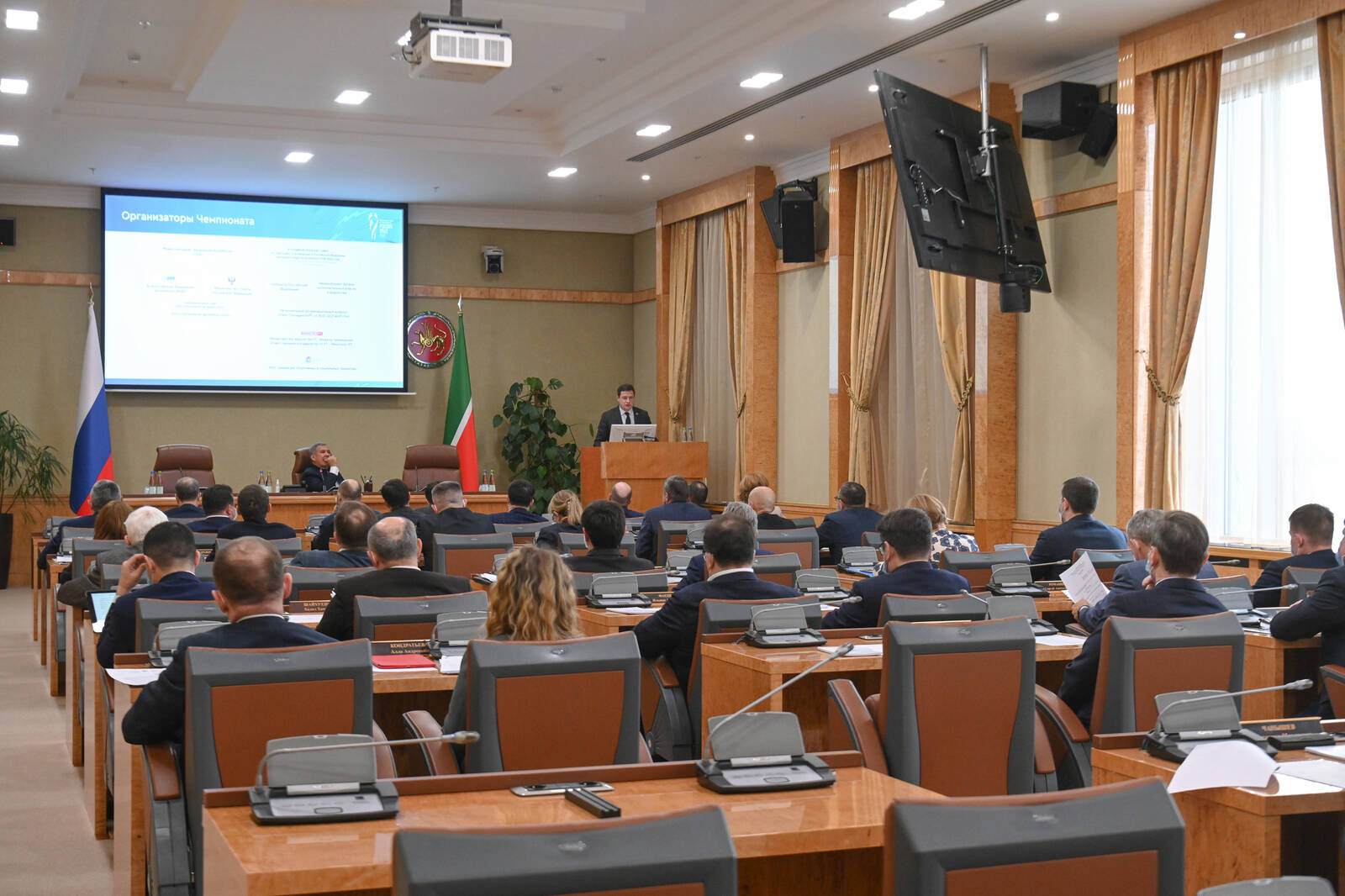 The President of the Republic of Tatarstan RustamMinnikhanov held the second meeting of the Republican Organising Committee for the FIVB Volleyball Men’s World Championship 2022 matches in Kazan. The meeting was held at the Government House of the Republic of Tatarstan. The meeting was attended via a video link by the First Deputy Minister of Sport of the Russian Federation Azat Kadyrov and Director General of the ANO “Organising Committee Volleyball 2022” Roman Stanislavov. Maksim Denisov, Director General of the ANO “Directorate for Sports and Social Projects”, reported on Kazan’s preparations for the matches.

Rustam Minnikhanov noted that the matches of the upcoming World Championship will be held in 10 host cities of the country. Kazan will host 6 matches of the competitions second group stage (September 2-4).

“Volleyball is traditionally one of the most popular sports in our republic. Tatarstan volleyball teams Zenit and Dinamo-Ak Bars are known for their success not only in Russia but also abroad,” the President of Tatarstan said.

World Championship matches will be held at the Volleyball Centre, one of the few specialised venues in the country designed exclusively for this sport. “At the last meeting it was proposed to consider using one venue in Kazan, specifically the Volleyball Centre, as the main arena and training site. This proposal has been approved by the federal organising committee,” Rustam Minnikhanovemphasised. He noted that a complex repair of the sport venue was performed out of the funds of the republic.

“We systematically get ready for the matches. Our goal is to stage them at the highest level. For that purpose, the republic has all the necessary resources and experience in organising major sporting events,” the President of the Republic of Tatarstan added.

First Deputy Minister of Sport of the Russian Federation Azat Kadyrov stressed that in the run-up to the World Championship great attention is paid to the safety of sports venues. “Together with my colleagues from law enforcement agencies we worked out and agreed on common security requirements to be implemented at all the venues,” he said.

Roman Stanislavov, in his turn, said that the ticket programme was launched in October 2021. More than 2,000 tickets have already been sold for Kazan matches. The main fans are from Russia, Poland, and Kazakhstan. To date, a decision has been made to issue no more than 50% of tickets. This is due to possible restrictions due to the epidemiological situation.

Earlier a number of inspection visits took place in Kazan, as a result of which the relevant acts were received.

In his speech, Maksim Denisov, Director General of the Directorate for Sports and Social Projects, reported on the current status of the implementation of acts, as well as on the preparation for the competition in general: ensuring security, organising a cultural programme, and volunteersinteraction. “In general, the preparation is being carried out as planned, there are no critical pending issues,” Maksim Denisov said.

He also recalled that on March 5, the championship test event is planned to be held in Kazan – a regular season match between Zenit Kazan and Zenit St. Petersburg. “A test match is a good opportunity to identify the strengths and weaknesses of the event organisation, taking into account the location of the venue, as well as its internal zoning and services at the FIVB and championship levels,” the head of the Directorate pointed out.

On May 20-21, the capital of Tatarstan will host the Trophy Tour. The event is proposed to be held on a parking area near the Central Stadium, where it is also planned to organise a sport fans festival on September 1-5 during the championship.