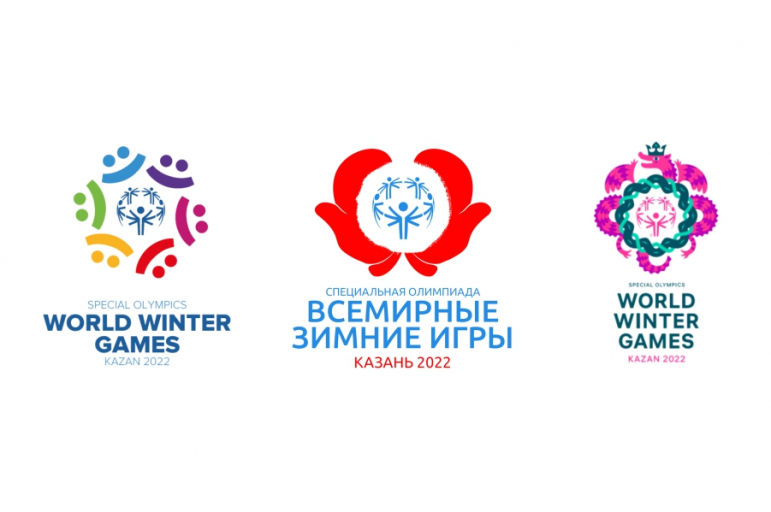 The results of the contest for designing the logo for the 2022 Special Olympics World Winter Games in Kazan were summarised. The jury determined three winners. Their ideas would be developed by expert design agencies, then submitted to the contest commission for a second consideration. The final version of the visual image will be presented until the end of 2020.

During the call for applications, the Organising Committee received over 30 entries from Moscow, Samara, Kazan and the Republic of Tatarstan, Taganrog, the Republic of Dagestan, Vladimir and Smolensk Oblasts and other cities and regions.

The contest commission includes Anton Belov, Director of the Garage Museum of Contemporary Art, Dmitry Barbanel, a Russian designer and creative director, Alexander Lavrentyev, laureate of the State Prize of Russia in the field of education, member of the National Design Academy, Tatyana Baranova, the Ambassador and athlete of the Special Olympics, as well as representatives of the Ministry of Sport of the Russian Federation and the Ministry of Sport of the Republic of Tatarstan. The commission is headed by President Olga Slutsker, Chairman of the Board of the Special Olympics.

The election of winners was carried out in two stages. At the first stage, the members of the contest commission studied the entry materials and assessed them on an individual basis in absentee voting. Basing on the results, the rating and the short list were generated encompassing the top 10 entries.

The ideas of the three winners will provide a blueprint for the final version of the logo and the visual image of the upcoming games. The prize funds of the contest will be equally shared between them. Igor Gorelyshev (Moscow), Valery Sazonov (Samara) and Nyaz Hayrullin (Kazan) became the authors of the winning ideas.

“The works we received are made to a very high standard. My colleagues of the contest commission, experts at their field, confirm this. When assessing the works, we understood that the image we were choosing would become the base element of the Games’ visual universe, the world that would tell about the Special Olympics, their values, the Host City and Country. It was not easy to choose the winner, and we determined the three best ideas, in our opinion. So, even the organisers still do not know which will be the visual image of the 2022 Special Olympics World Winter Games in Kazan,” says Olga Slutsker, Chairman of the Board of the Special Olympics in Russia.

The entry by Alexander Gustyakov (Vladimir Oblast) received a special prize of the completion commission. The author lives in psychoneurological boarding facility in Gus-Hrustalniy (Gusevsky settlement).

In his covering letter to the entry, Alexander wrote: “My moto is ‘I’ll do it!’. I wanted to express my love to the Special Olympics through my idea and thank them for their support in raising interest to sports among people with intellectual disabilities. This helps to overcome life challenges, strive for victory.”

The Ministry of Sports of the Russian Federation in cooperation with the Special Olympics of Russia initiated the all-Russian contest for designing the logo of the 2022 Special Olympics World Winter Games in Kazan. The Directorate for Sports and Social Projects acts as the organizer of the contest.

Special Olympics World Winter Games will include competitions where 2,000 athletes and unified partners (athletes without intellectual disabilities) from 108 countries will take part. They will be joined by around 3,000 volunteers and 4,000 honourable guests and members of their families to make the event truly large-scale.

The Special Olympics World Winter Games are one of the most prestigious sporting events aimed at creating a truly inclusive world for people with intellectual disabilities. The World Games also provide an important platform for the functioning of the Special Olympic movement in the areas of healthcare, education and leadership for athletes.

Special Olympics founded in 1968 is an international movement aimed at terminating discrimination of people with intellectual disabilities. It acts for inclusion of all people by developing sports and programs in the areas of healthcare, education and leadership. Every year the Special Olympics movement organizes over 100,000 games and competitions in more than 30 Olympic disciplines and unites more than 6 million athletes and unified partners and more than half a million coaches and volunteers in over 190 countries and territories.

Special Olympics Russia was founded in 1999 and is one of the largest national programs within the worldwide movement. In Russia there are about 130,000 athletes with intellectual disabilities. Within the program of the Special Olympics about 5,000 sporting events are organized for them annually on municipal, regional and federal levels. Today regional departments are functioning in 62 of the regions of Russia. Every year Russian athletes with intellectual disabilities participate in international Special Olympics events and take leading positions.